Image file formats are a set of standards for organizing and storing digital photographs. Uncompressed data, compressed data (which can be lossless or lossy), or vector data can all be stored in an image file format. Image files are made up of digital data that has been rasterized for usage on a computer display or printer in one of these formats. Rasterization is the process of converting visual data into a grid of pixels. To define its color, each pixel has a number of bits (and in some formats, its transparency). When rasterizing an image file for a certain device, the amount of bits per pixel (color depth) that the device can handle is taken into account. 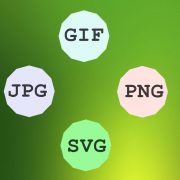 The Joint Photographic Experts Group created the JPEG picture format in the early 1990s. The most common file extension for JPEG pictures is.jpg, however other extensions include .jpeg, .jpg, .jpe, .jfif, and .jfi. JPEG is a lossy bitmap compression method that was designed specifically for digital photos. When JPEG photos are stored, they are compressed to a smaller size than their original size, but the quality suffers as a result. Compression is usually expressed in percentages when storing a JPEG, with 100% being the greatest quality but largest file size. For logos and pictures used in formatting, a reasonable guideline is 95 percent to 85 percent. Images of individuals or landscapes can be reduced to as little as 65 percent without displaying evident artifacts.

JPEGs are a suitable general picture format for digital images and some logos, and they reduce space and load time for site designers. You must be cautious while utilizing JPEGs to avoid image deterioration. If you alter a JPEG and then save it as a JPEG again, the image’s quality will suffer since it has been compressed twice. This can render a picture useless in as little as two or three generations. Always save your photographs in a lossless format, such as.png,.tiff,.raw, or.xcf, and then save the file as a JPEG as necessary. JPEGs are the most used picture format on the internet since they are largely compatible with all contemporary browsers.

The Graphics Interchange Format (GIF) was created by CompuServe in 1987 and is recognized by the.gif file extension. It’s a color picture and animation lossless bitmap compression format that supports 256 colors out of a palette of 16 million. Because GIF only supports 256 colors, it isn’t truly a perfect reproduction to the viewer. Lossless means that all of the information in the original image is saved in the saved GIF.

GIFs are now used on websites to represent things like buttons and low/medium-quality animation. Due to the 256 color restriction, GIF is not advised for usage with pictures, however there are workarounds. GIF animated buttons and the like were formerly popular, but they are gradually becoming obsolete, thanks to Flash and improved taste. GIF, for example, allows transparency, allowing for on- or off-screen “see-through” effects with pictures. PNG and MNG are now in the process of displacing the GIF image format.

PNG is a lossless image compression bitmap image format that utilizes the.png or.PNG file extension. PNG was created as a free alternative to GIF, albeit it does not enable animation. PNG’s cousin, MNG, was created to replace the GIF animation functionality. PNG has more advanced transparency options than GIF, allowing for a full range of transparency, as shown below. However, Internet Explorer 6 does not support alpha-channel transparency natively; however, this is fixed in Windows Internet Explorer 7. PNG is currently less widely supported by contemporary browsers than GIF.

PNG is useful for images with varying transparency and screenshots for web designers. However, PNG’s large file sizes prevent it from being used as a web-based digital photography format. Some browsers may not display them correctly.

Scalable Vector Graphics, or SVG, is one of today’s most intriguing and possibly useful graphic formats. SVG is an XML mark-up language for vector graphics, unlike the other formats on this list.

According to Wikipedia, vector graphics is the representation of pictures in computer graphics using geometrical primitives such as points, lines, curves, and polygons.

SVG specifies things in these geometrical primitives rather than having all of the information for each pixel in an image, as all previous image formats do. This implies that while an SVG picture grows in size, it retains its sharpness and never becomes pixilated.

This is particularly handy for logos and other basic designs, as it allows the same picture to be used at several sizes without losing quality. SVG pictures are also known for their tiny file sizes. SVG graphics are not photo-realistic, as shown in the image. They also need distinct abilities and, in most cases, separate programs in order to be created.

SVG files are the ideal for picture quality in web design; yet, both Internet Explorer 6 and Safari require plug-ins to read SVG files. Still, SVG pictures can be utilized as a lossless archive version before being converted to JPEG or PNG files for online use. 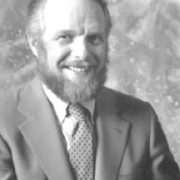 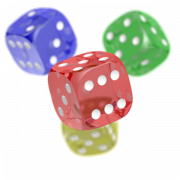