Download top and best high-quality free Dime PNG Transparent Images backgrounds available in various sizes. To view the full PNG size resolution click on any of the below image thumbnail.

In the United States, a dime is a ten-cent coin that is one tenth of a dollar and is technically referred to as “one dime.” The Coinage Act of 1792 was the first to approve the denomination. The dime is the smallest and thinnest of all U.S. coins now in circulation, with a diameter of 0.705 inches (17.91 millimeters) and a thickness of 0.053 inch (1.35 millimeters). The current dime’s obverse has President Franklin D. Roosevelt’s profile, while the reverse features an olive branch, a torch, and an oak branch, in that order, from left to right. The cost of producing a dime coin in 2011 was 5.65 cents.

From the Latin decima, the term dime originates from the Old French disme (Modern French dîme), which means “tithe” or “tenth portion.” Prices on signage and other materials have formerly been given in dimes, abbreviated as “d” or a lowercase “d” with a slash across it (), as with the cent and mill signs. The dime is the only coin in regular circulation in the United States that is not denominated in dollars or cents as of 2019.

Thomas Jefferson, Benjamin Franklin, Alexander Hamilton, and David Rittenhouse submitted the first recorded proposal for a decimal-based currency system in the United States in 1783. In a report to Congress in 1791, Hamilton, the nation’s first Secretary of the Treasury, advocated the creation of six such coins. One of the six was a silver coin, “which should be one-tenth part of a silver unit or dollar in weight and value.”

Between 1796 and 1837, dimes were made up of 89.24 percent silver and 10.76 percent copper, which meant that the coins had to be physically tiny to avoid their inherent value being worth more than face value. As a result, dimes are tiny and thin. With the introduction of the Seated Liberty dime, the silver proportion was increased to 90.0 percent; the use of a richer alloy was countered by lowering the diameter from 18.8 millimeters (0.740 inch) to 17.9 millimeters (0.705 inch).

The silver element of the dime was eliminated with the adoption of the Coinage Act of 1965. From 1965 until the present, dimes are made of a clad metal made up of 75 percent copper and 25 percent nickel alloy exterior layers connected to a pure copper core. Before 1965, dimes obeyed Gresham’s rule and were no longer in circulation at face value. Most are now traded as junk silver coins, which are valued at a multiple of face value and track the spot price of silver on commodities markets.

The United States Mint began distributing Silver Proof Sets yearly in 1992, which comprise dimes made to the pre-1965 standard of 90% silver and 10% copper, before switching to.999 fine silver in 2019. These sets are only for collectors and are not intended for widespread distribution.

In 1796, the Draped Bust dime became the first to circulate. It has the same Draped Bust/Small Eagle design on the obverse and reverse as all other circulating coins at the period. Robert Scot, the Chief Engraver at the time, created this design. On the flipside, a Gilbert Stuart sketch of wealthy Philadelphia socialite Ann Willing Bingham, wife of noted American statesman William Bingham, was used to create the portrait of Liberty. The reverse design features a little bald eagle sitting on a cloud, surrounded by palm and olive trees. Draped Bust dimes were produced with no indication of their worth since the Coinage Act of 1792 only required the penny and half cent to depict its denomination.

On the obverse of all 1796 dimes are 15 stars, which symbolize the number of states in the Union at the time. Tennessee’s admittance as the 16th state was commemorated on the initial 1797 dimes, which had 16 stars. Realizing that adding one star every state may rapidly clog the coin’s design, U.S. Mint Director Elias Boudinot ordered a design change, resulting in just 13 stars on the piece (for the original Thirteen Colonies). As a result, either 13 or 16 stars may be found on 1797 dimes. 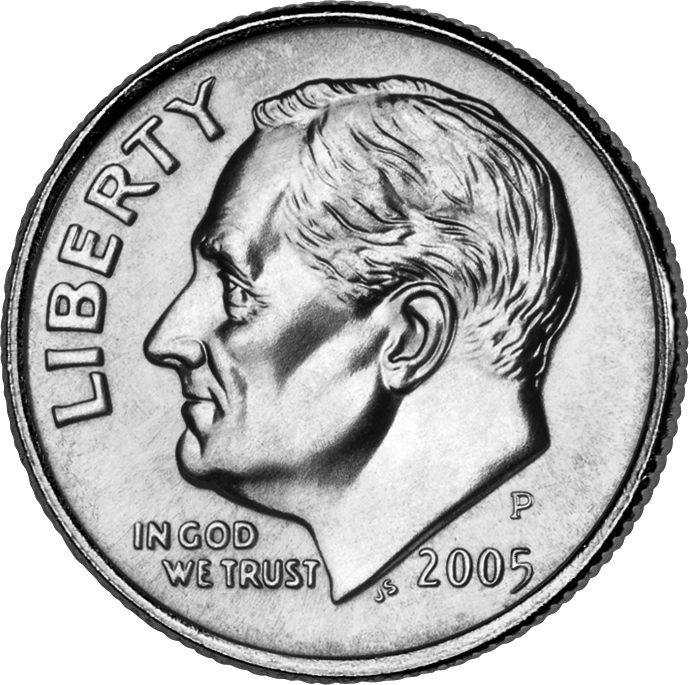 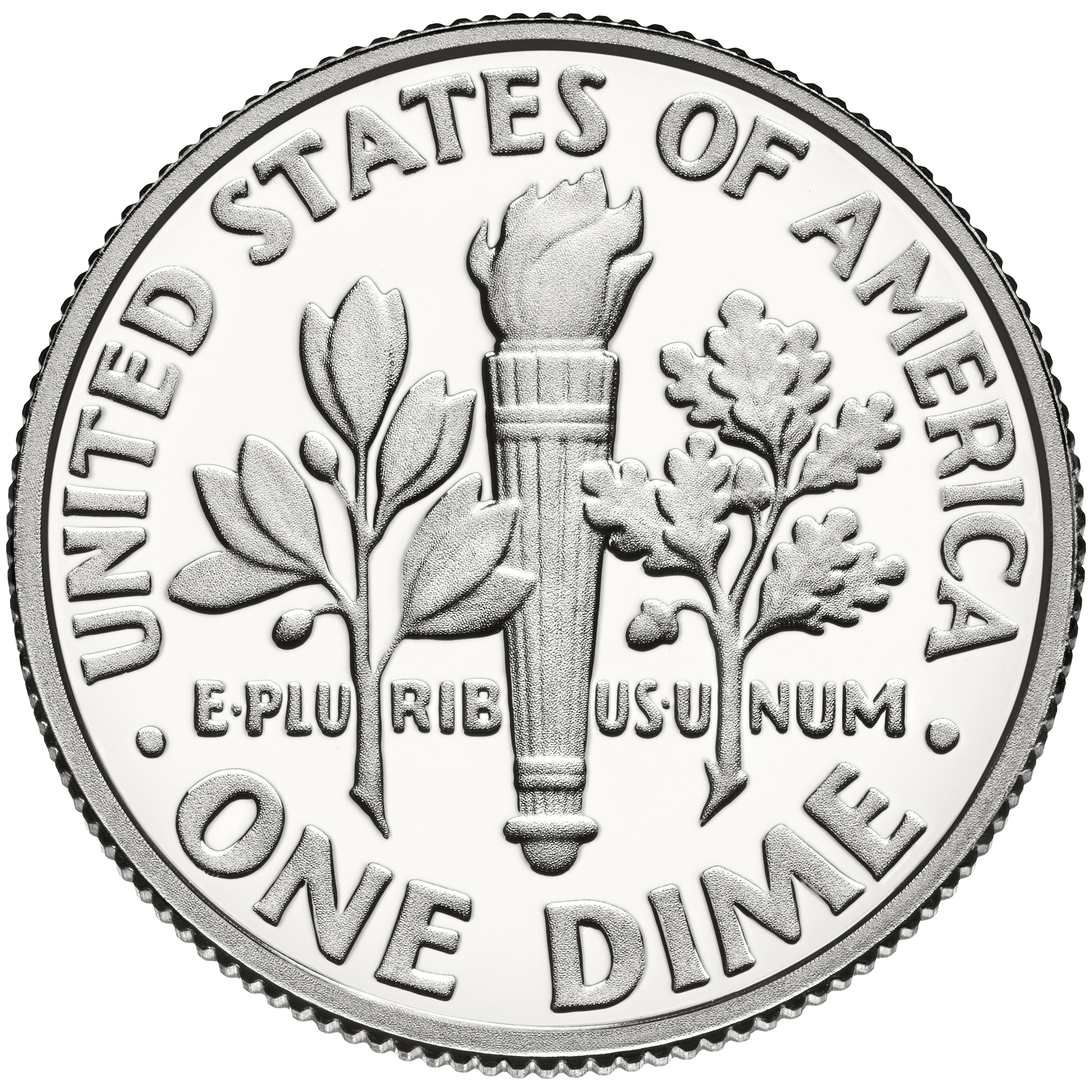 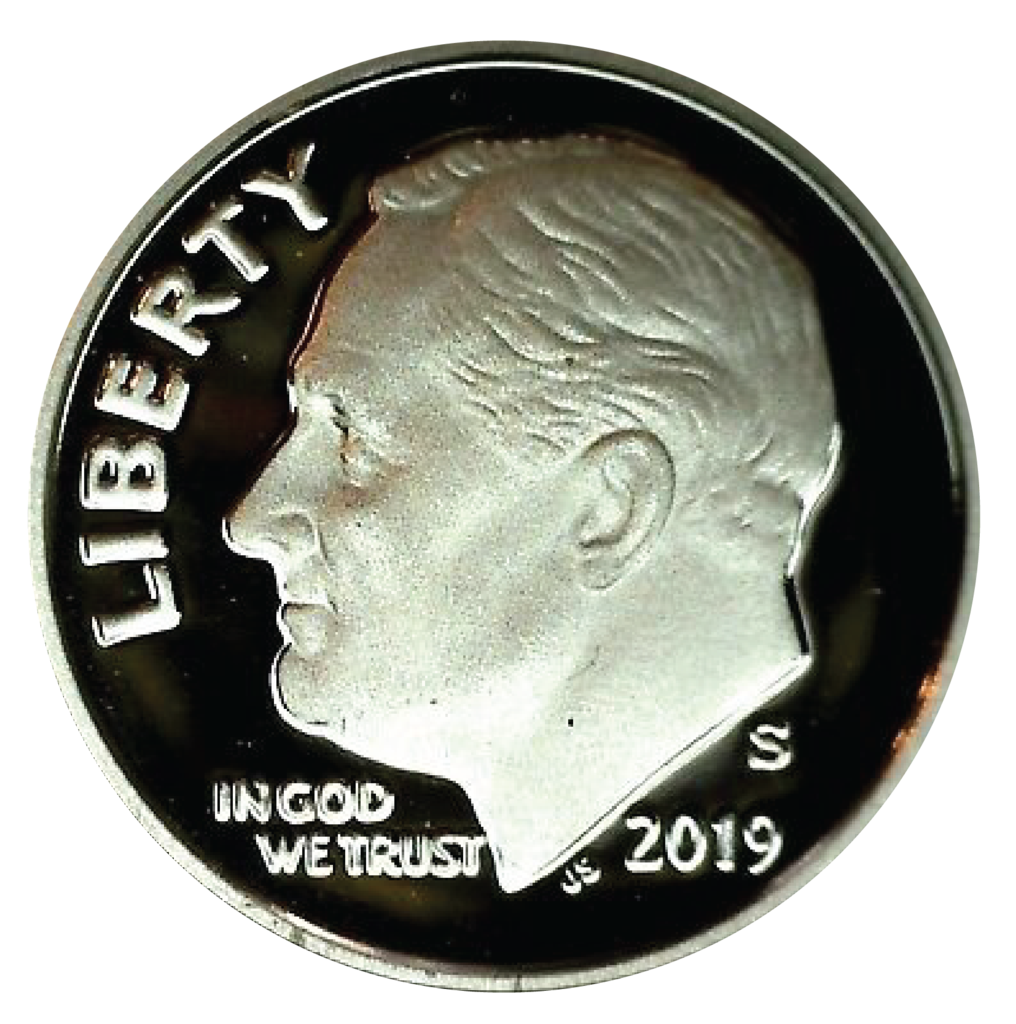 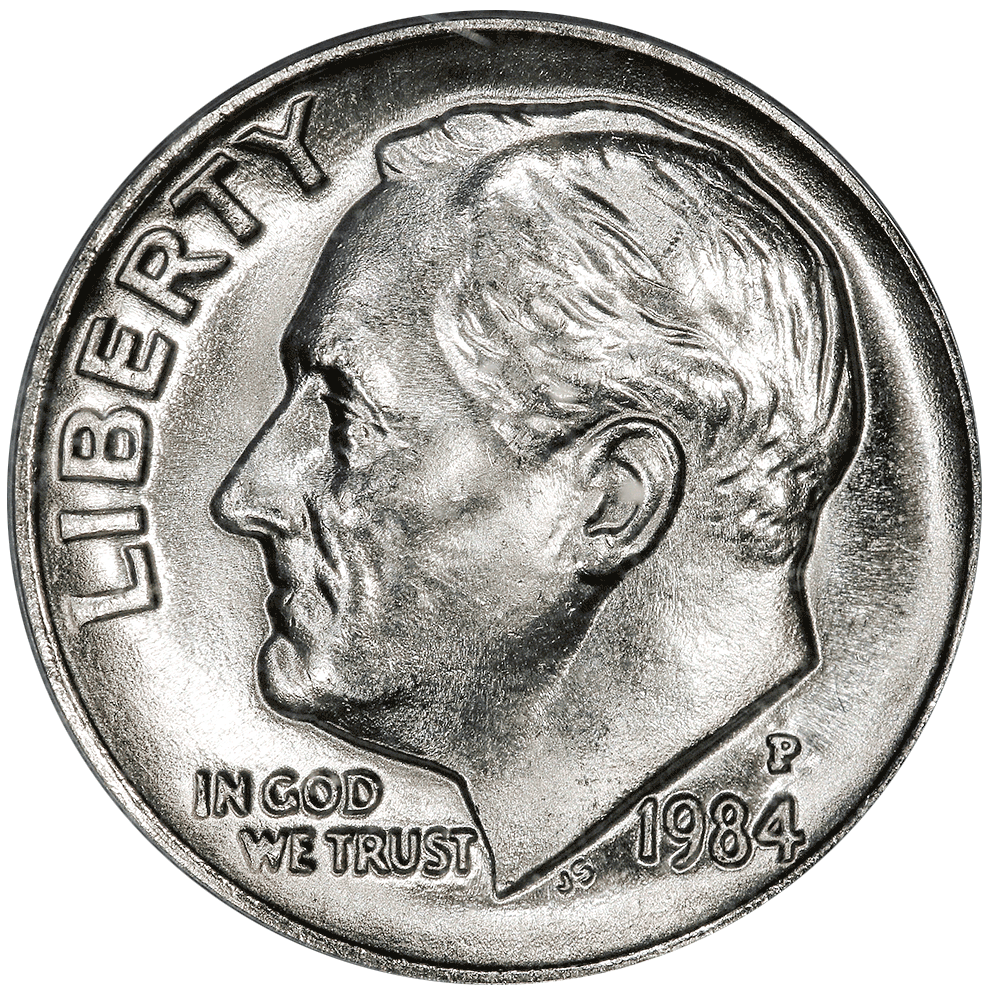 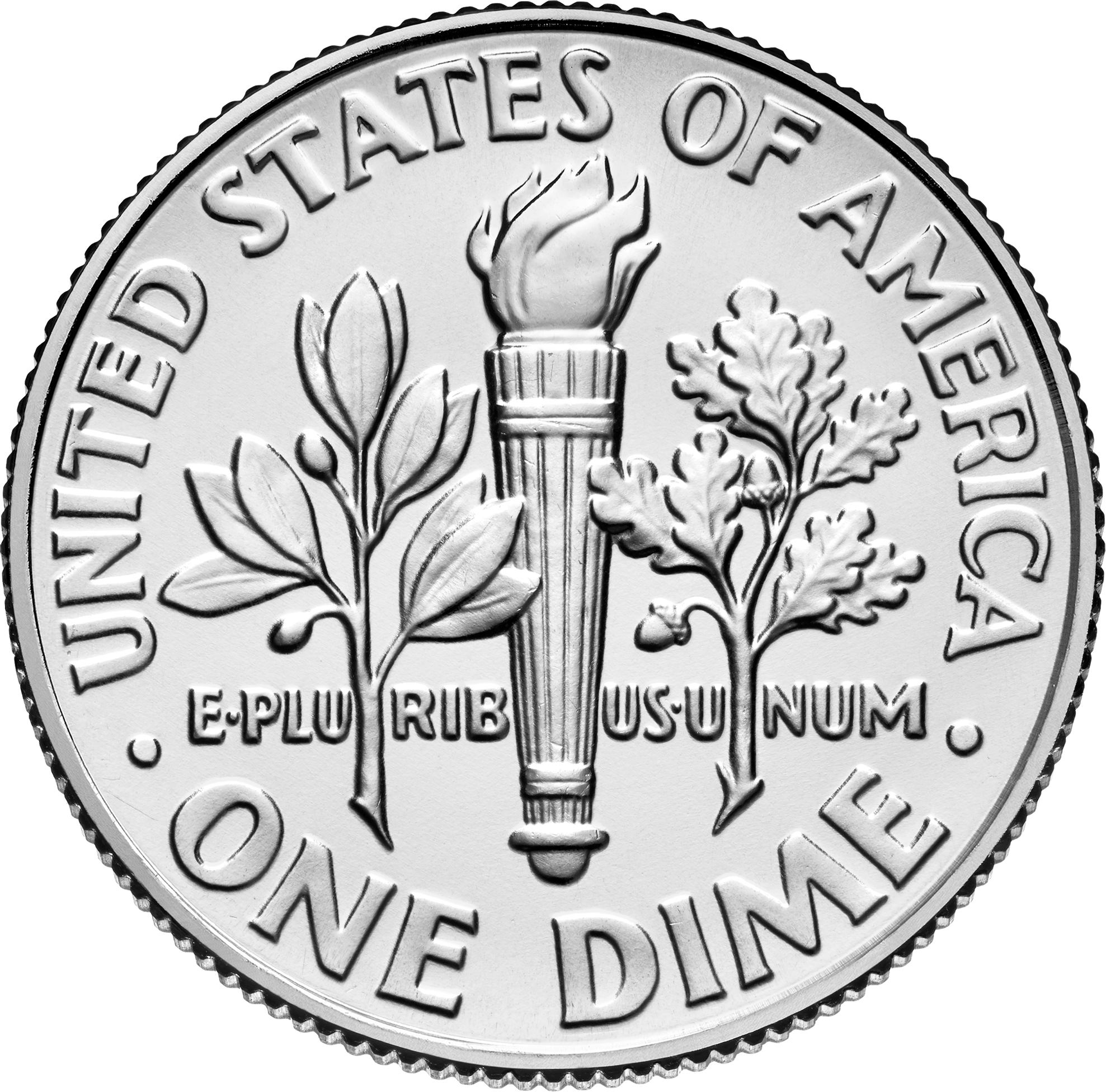 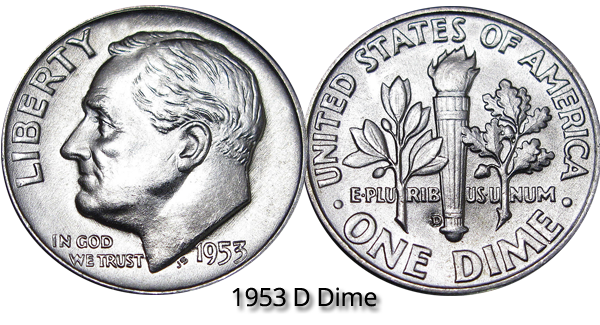 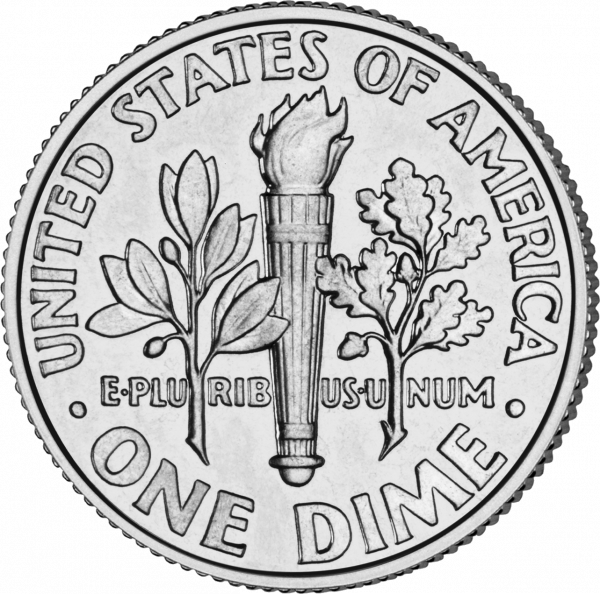 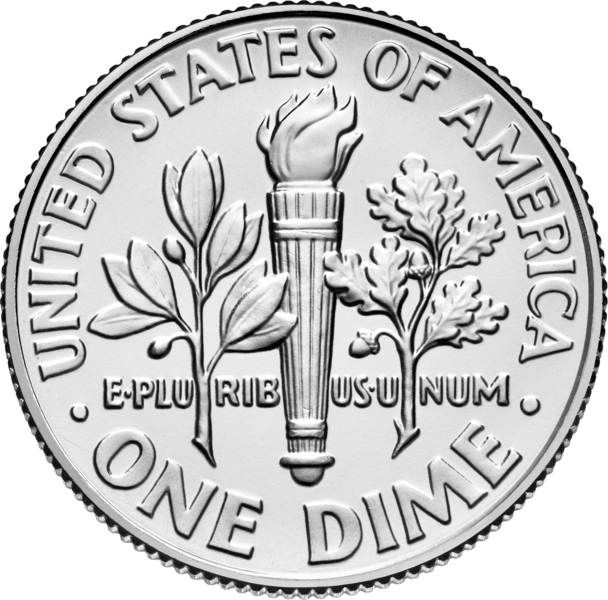 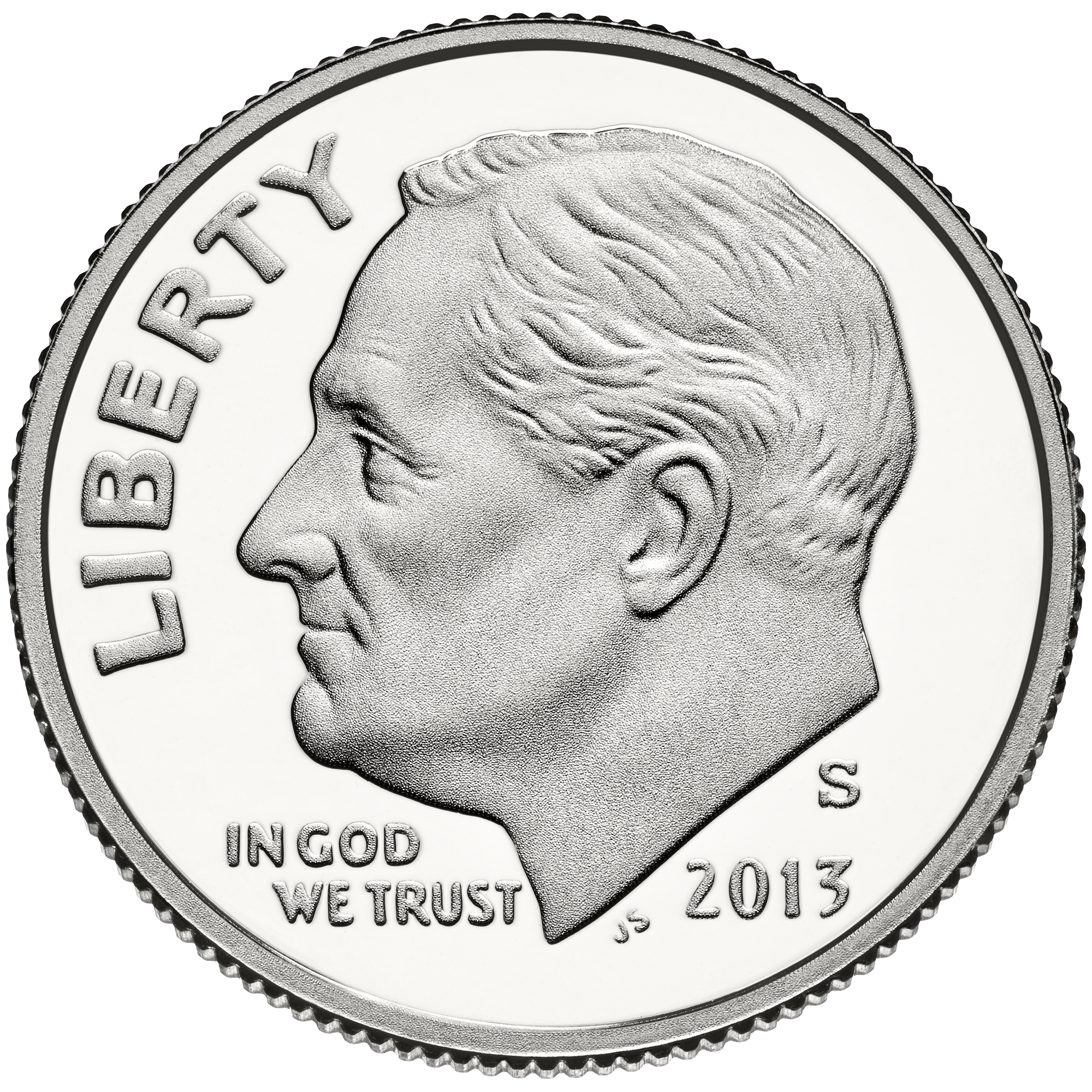 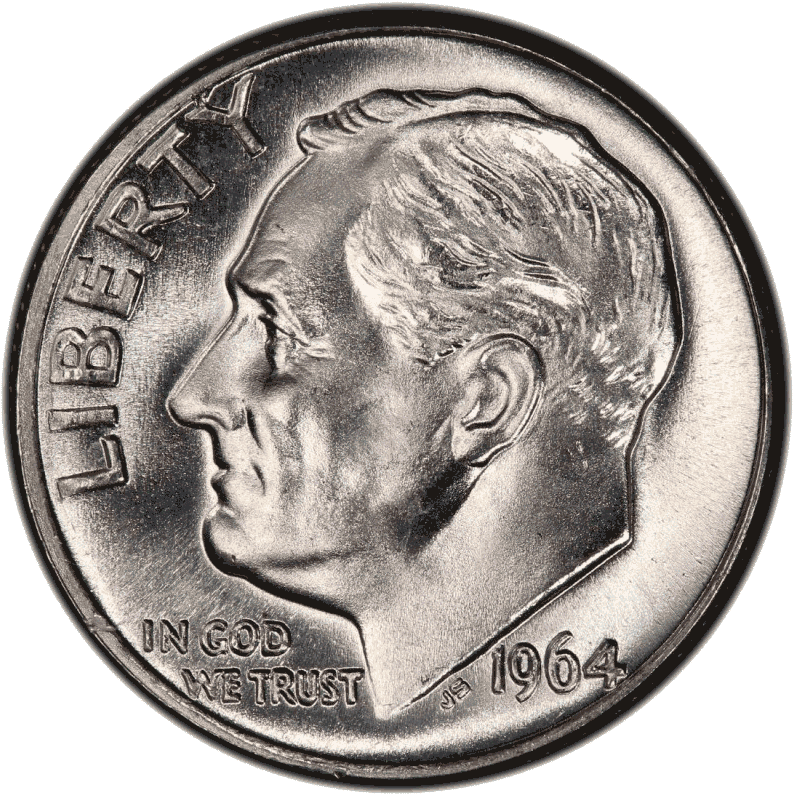 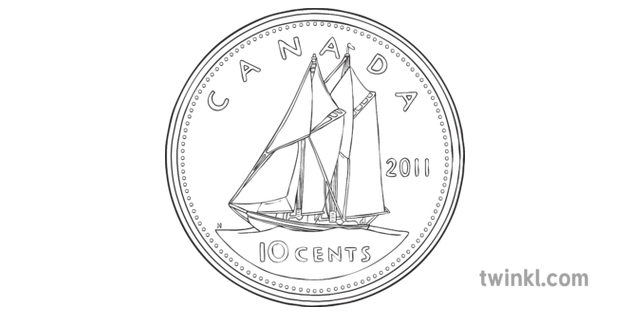 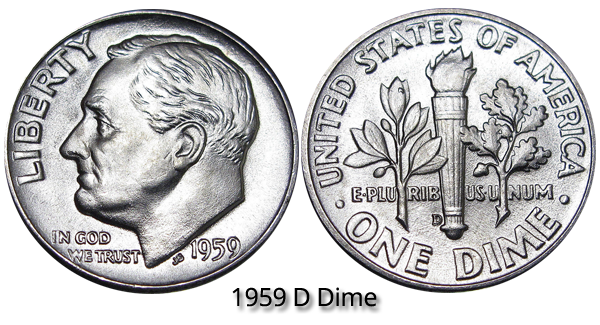 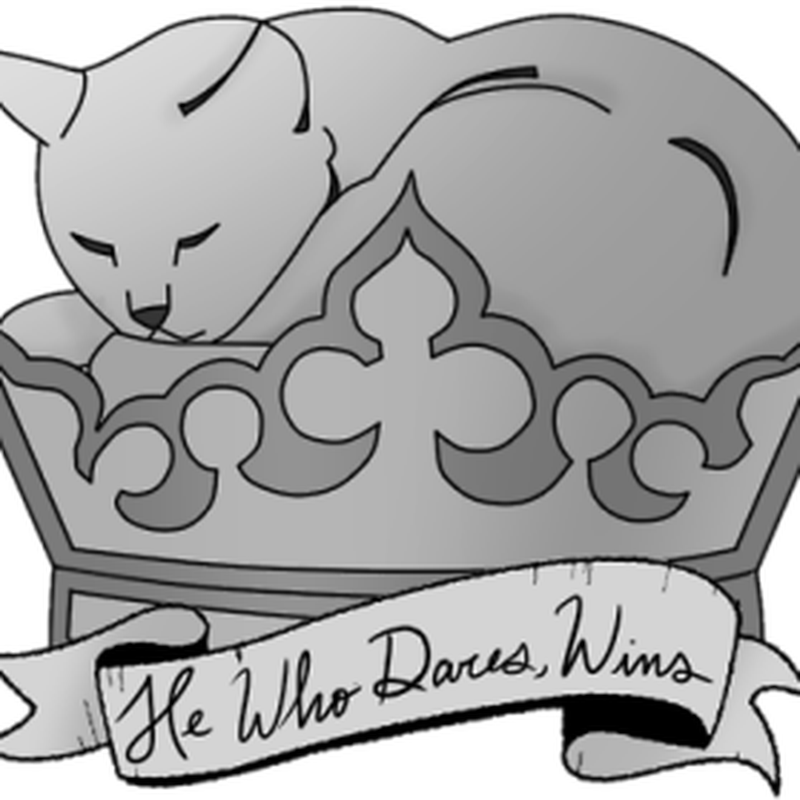 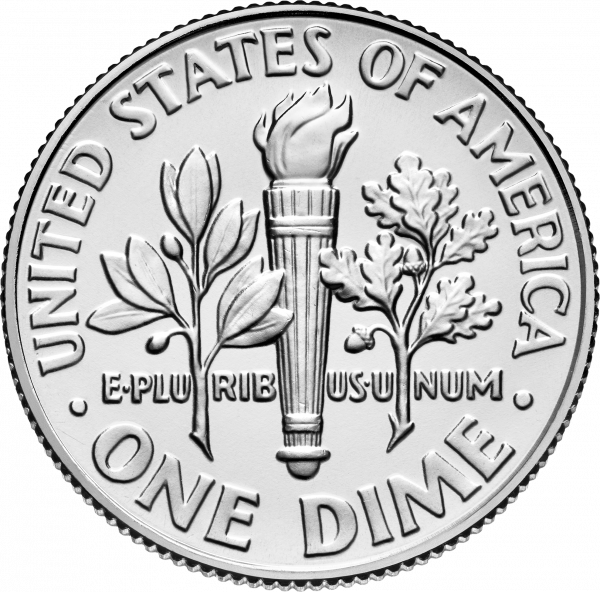 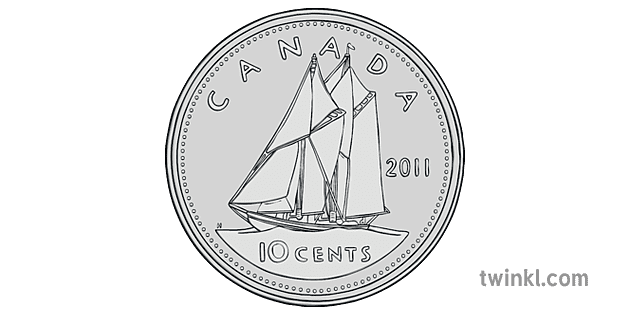