Download top and best high-quality free Donkey PNG Transparent Images backgrounds available in various sizes. To view the full PNG size resolution click on any of the below image thumbnail.

The donkey is a member of the horse family, known as Equidae. It is a domesticated animal. The scientific name of the donkey is Equus africanus asinus. The wild ancestor of the donkey is the wild African ass. In the western part of the United States, a small donkey is sometimes called a burro. The male donkey is called jack, and the female is called jenny. Young ones less than a year called foal. The various members of the Equidae family can be taken for interbreeding and the resulting offspring is completely sterile.

The horse/donkey hybrids are very popular for their vitality and endurance. Mule are the offspring of a male donkey and a female horse (mare). The mating of a male horse and a female donkey produces hinny. Donkeys are in the process of domestication since 3000 BC, when horses and donkeys arrived on planet Earth. They fulfill the requirements of many people, especially because they act as burden carriers. The females usually remain pregnant for about 12 months, but the gestation period lasts for 11-14 months. Usually one single foal is born. Twins are very rare about 1.7%. Jennies should give birth to twins. The twin survival rate is only 14%.

Body size varies considerably depending on the breed and control. Most of the domestic donkeys have a height of 0.9-1.4 m, but the Mammoth Jack Breed is the highest breed, reaching a height of 1.6 meters. They are adapted to marginal desert lands for which they have a number of adaptations.

Wild donkeys live separately from each other, which is different from wild horses and feral horse herds. They have a very strong vocalization with which they communicate with other donkeys, which remain common in various areas of the desert. The most famous call is called a bray, which can be heard at a distance of three kilometers. They have big ears compared to horses. Large ears are effective for capturing sound vibrations, as well as keep the blood of the animal cool.

Donkeys living in the wild protect themselves by kicking the foes with their powerful hind legs, biting and striking with their front hooves. They have a complex digestive system, so they are less susceptible to colic infections, like that of horses. They are able to very effectively remove moisture from food and can eat unhealthy food material. They require less nutrients than horses of the same weight and height. Overfeeding in donkeys can lead to a condition known as laminitis.

Braying is a sound produced by a ass, a donkeys and a mules. The sound usually lasts about 20 seconds. They live about 30-50 years. They spend 14-16 hours during the day while browsing and foraging the food. In their home regions, such as dry and semi-dry deserts, food availability is low.

The domesticated donkey owners face the challenge of meeting the exact nutritional needs of these animals. In temperate areas, food availability is very good, which leads to an increase in the weight gain of donkeys, and problems with laminitis, hyperlipidemia, and stomach ulcers are also at increased risk. Although the digestive system of donkeys follows the same plan as horses, but the latter are more effective absorbers of food than forms. They require 1.5% of food per day, depending on their weight, while horses need 2-2.5% of food per day. It is not entirely clear why donkeys are more effective than horses, although the intestinal microbial flora is different from the intestines compared to horses. They have a increased gut retention time in comparison to the ponies.

They get most of their body’s energy from structural carbohydrates. A medium-sized donkey needs food that is low in calories, such as straw. In winter, it prefers to eat hay. It also requires less protein and fat in the diet.

The word “donkey” comes from Indo-European languages. They are known for their notorious reputation as well as stubbornness, but also have a good sense of self-preservation. The analysis of the behavior of these animals requires a lot of attention, but it is clear that they are smart, careful, friendly and ready to learn. They can also become wild and cause many problems. Donkeys deserve a special place in mythology, literature, films and advertising. They are also used as symbols of insult. 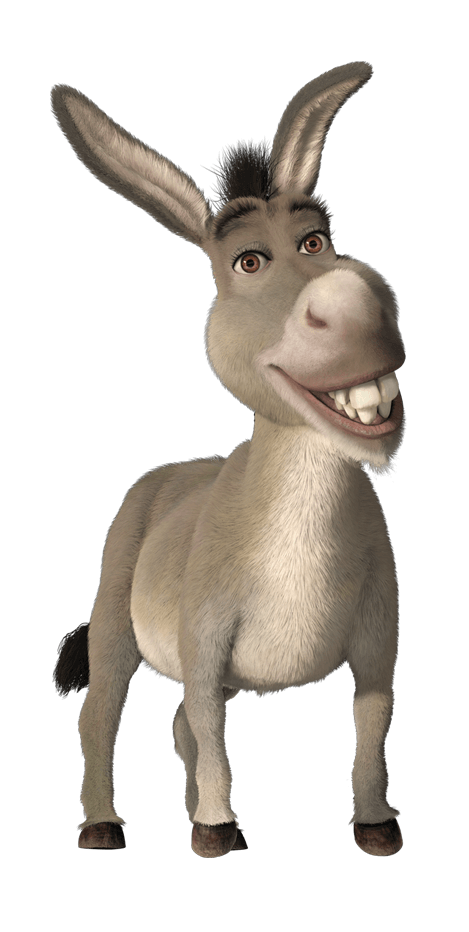 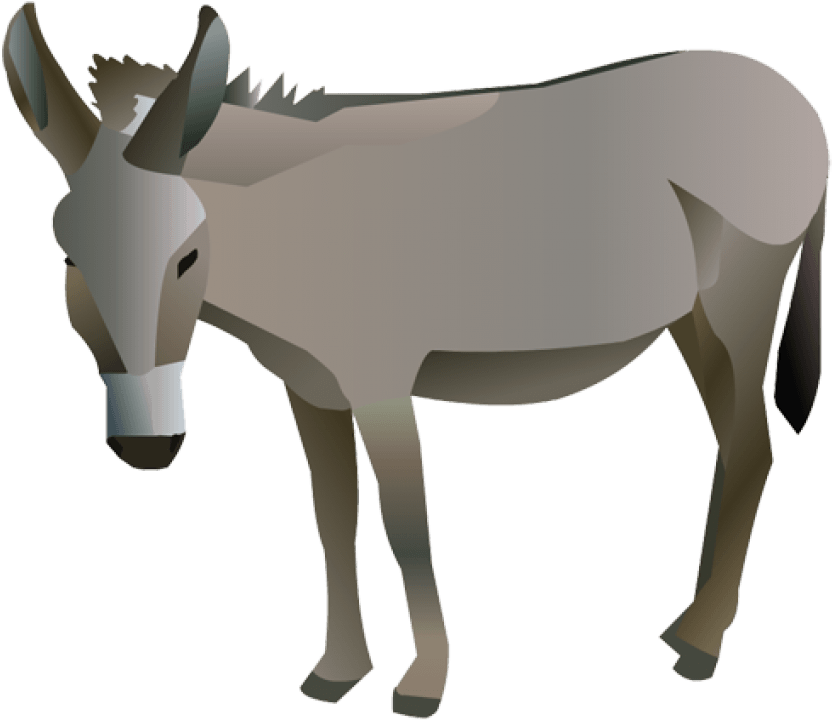 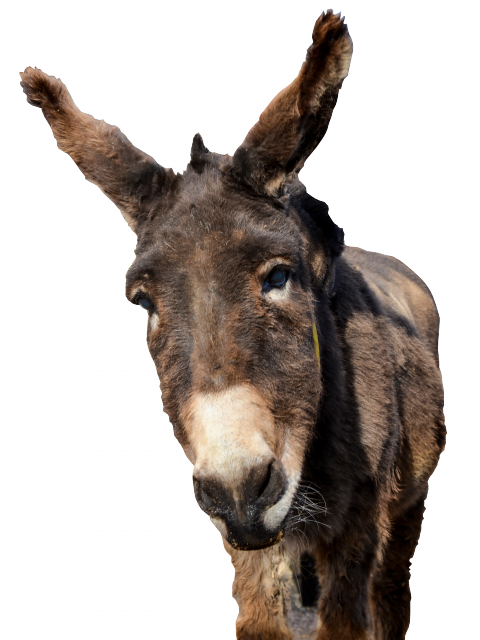 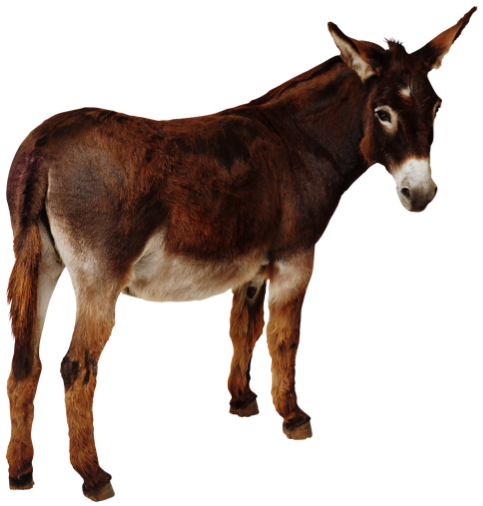 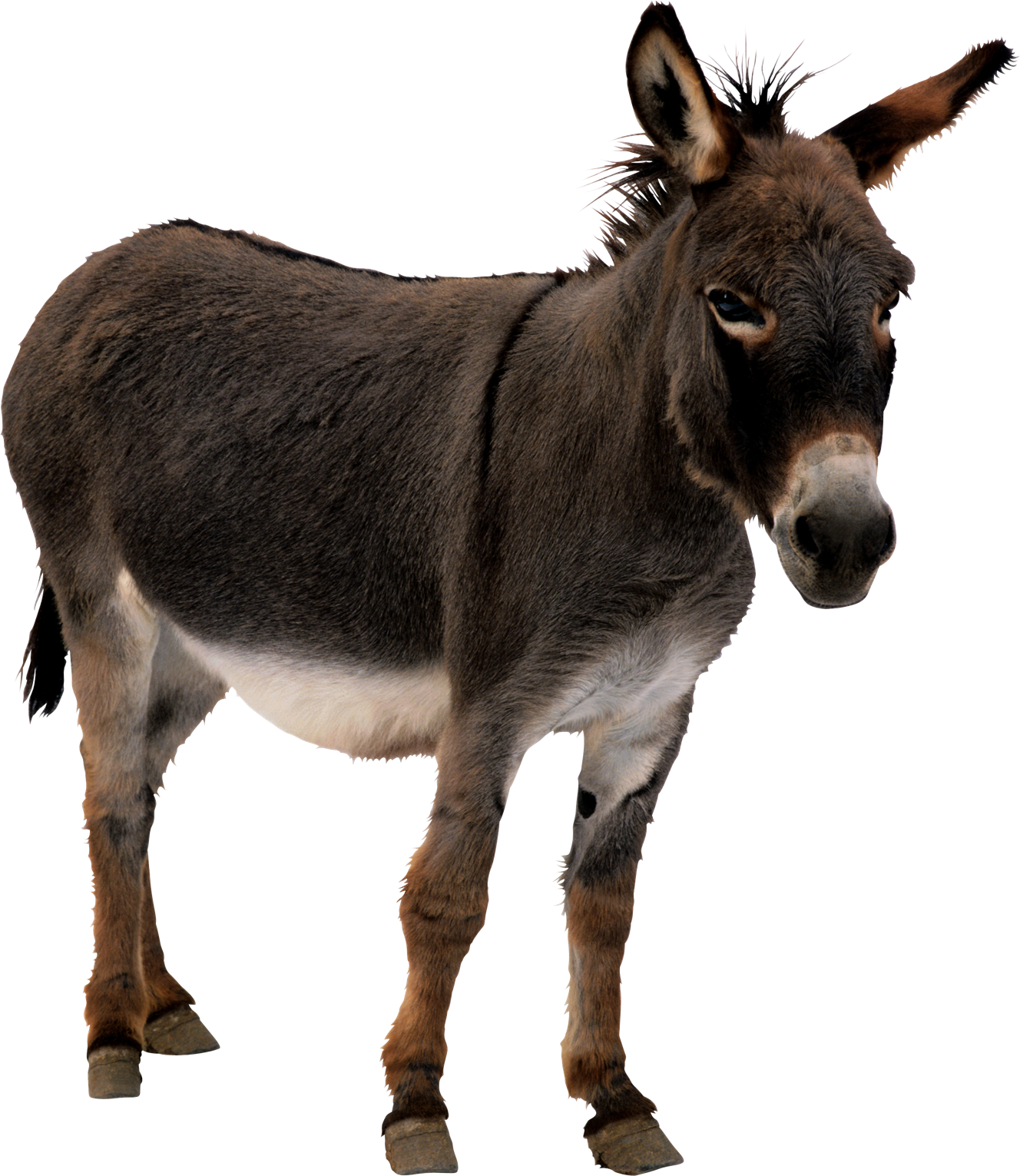 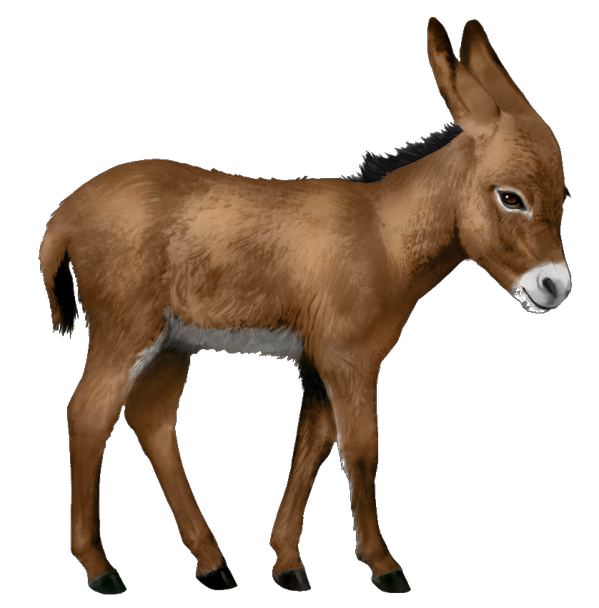 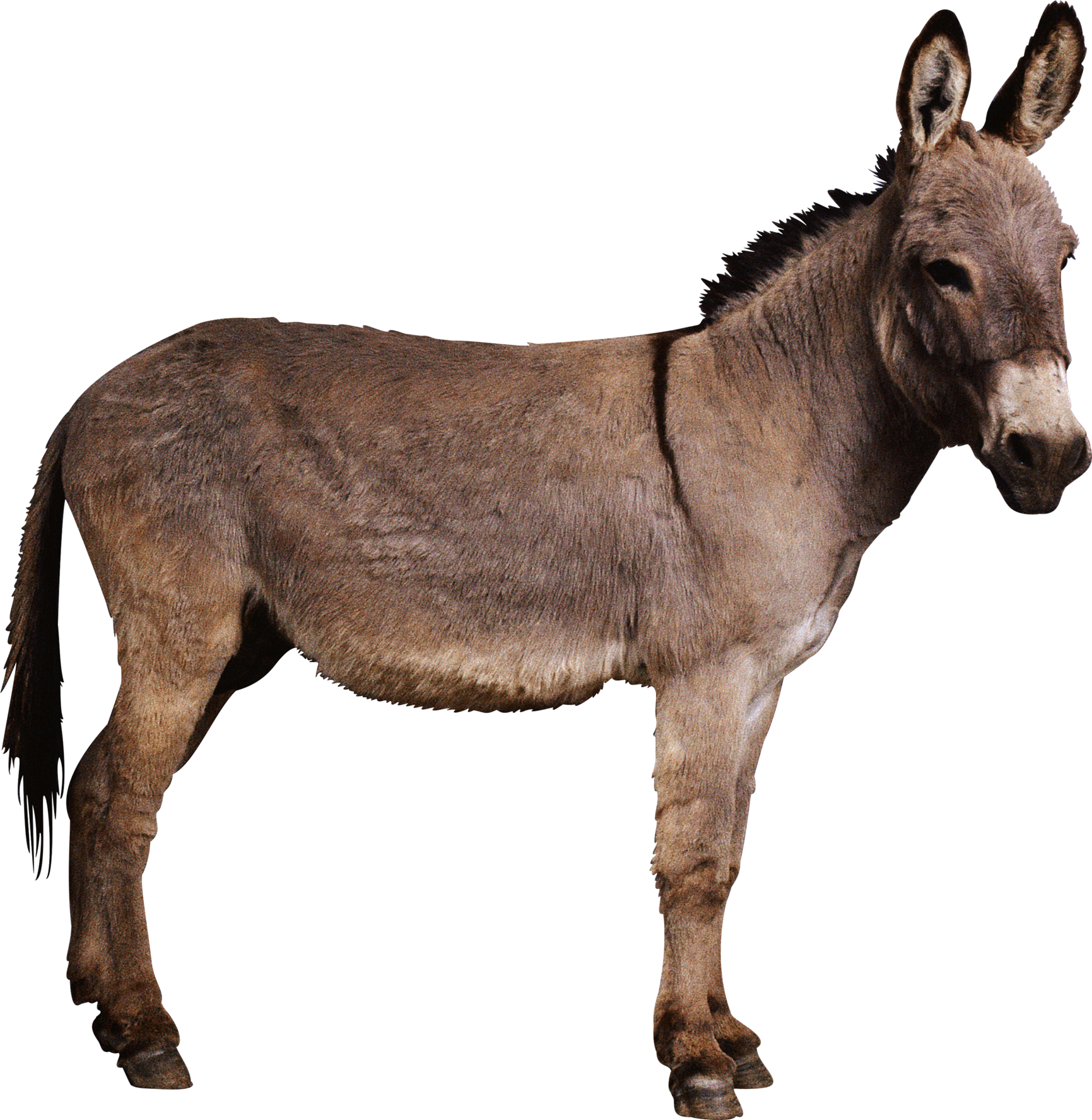 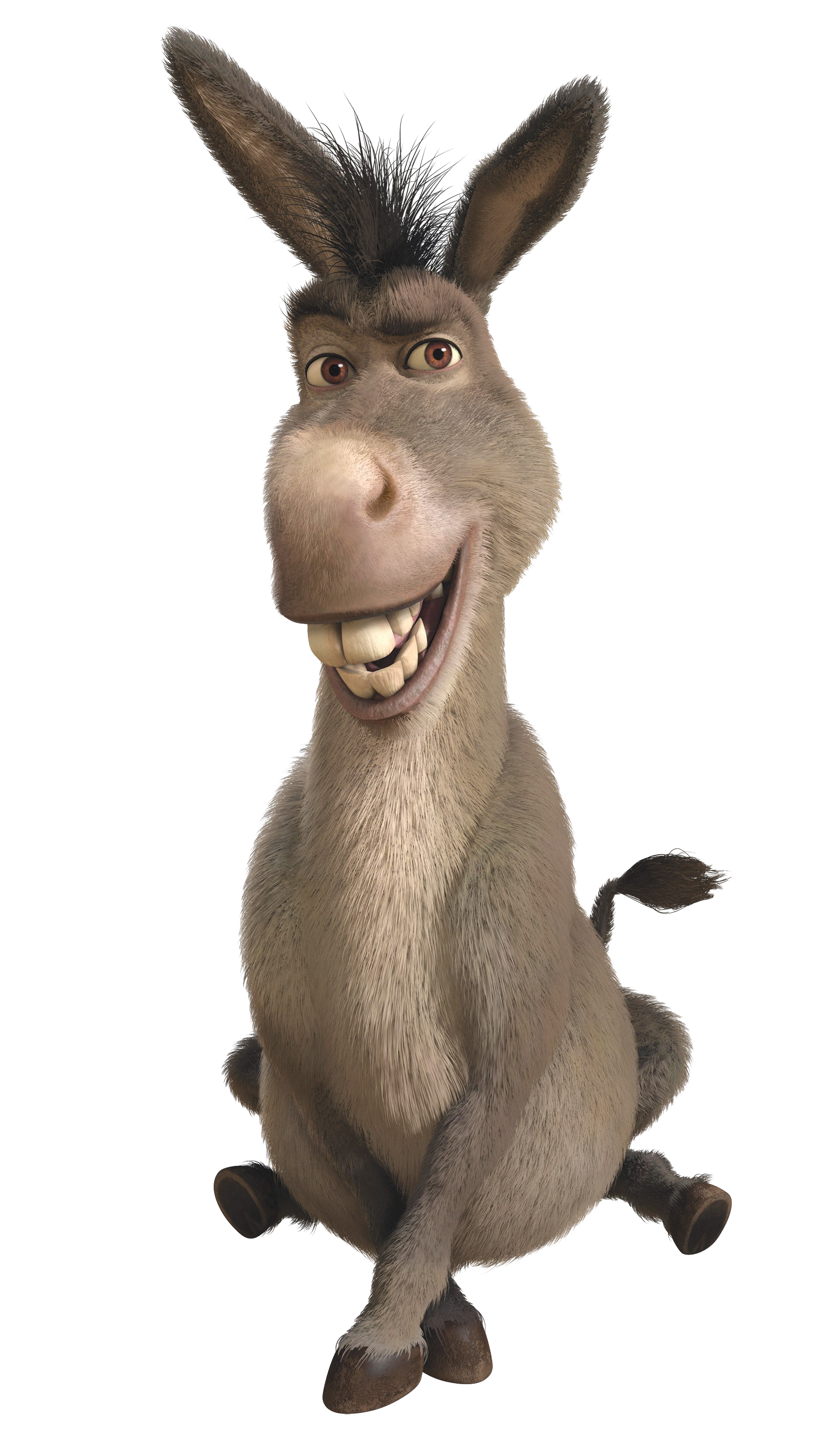 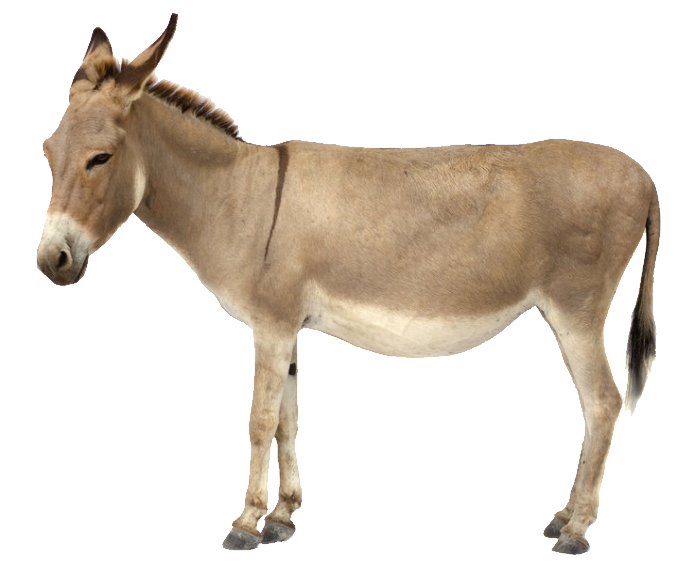 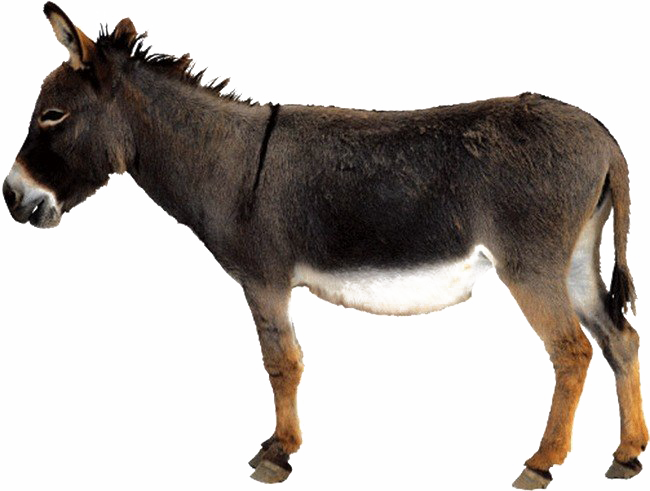 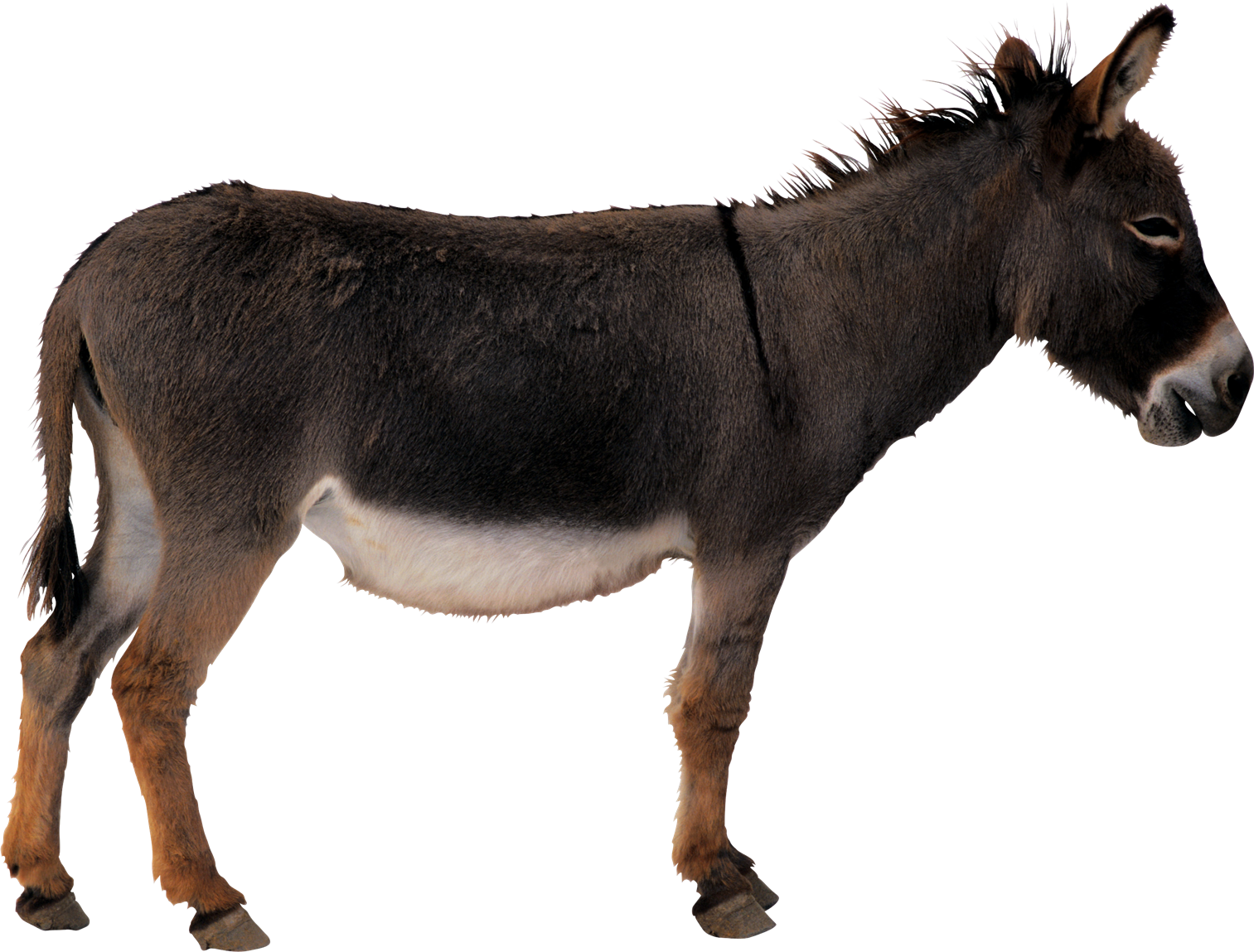 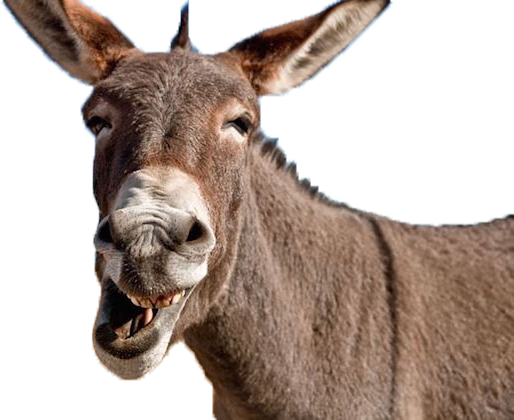 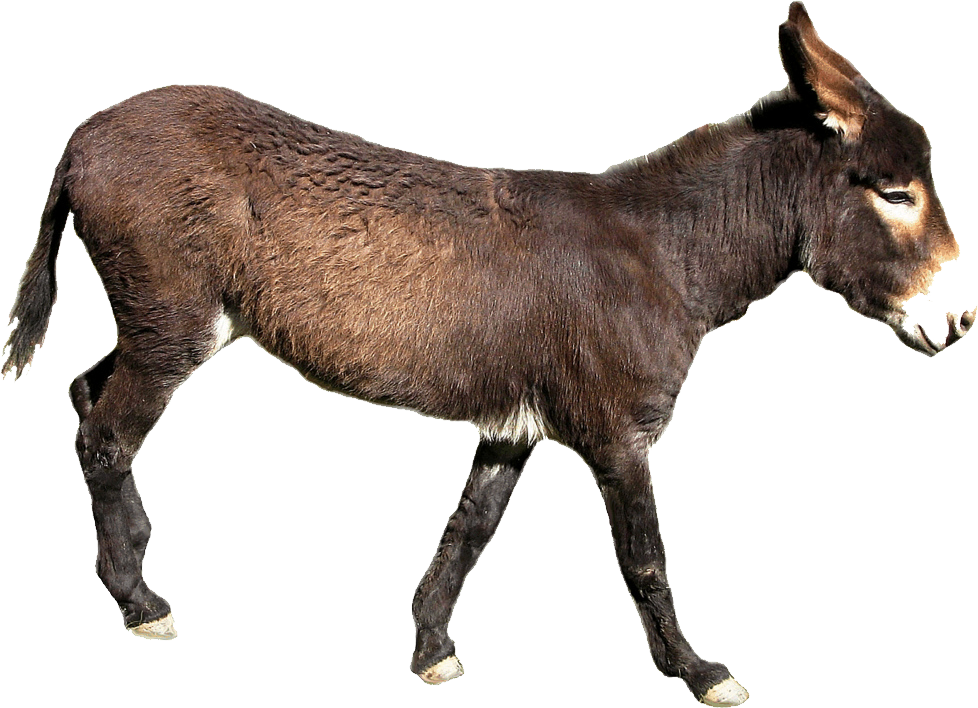 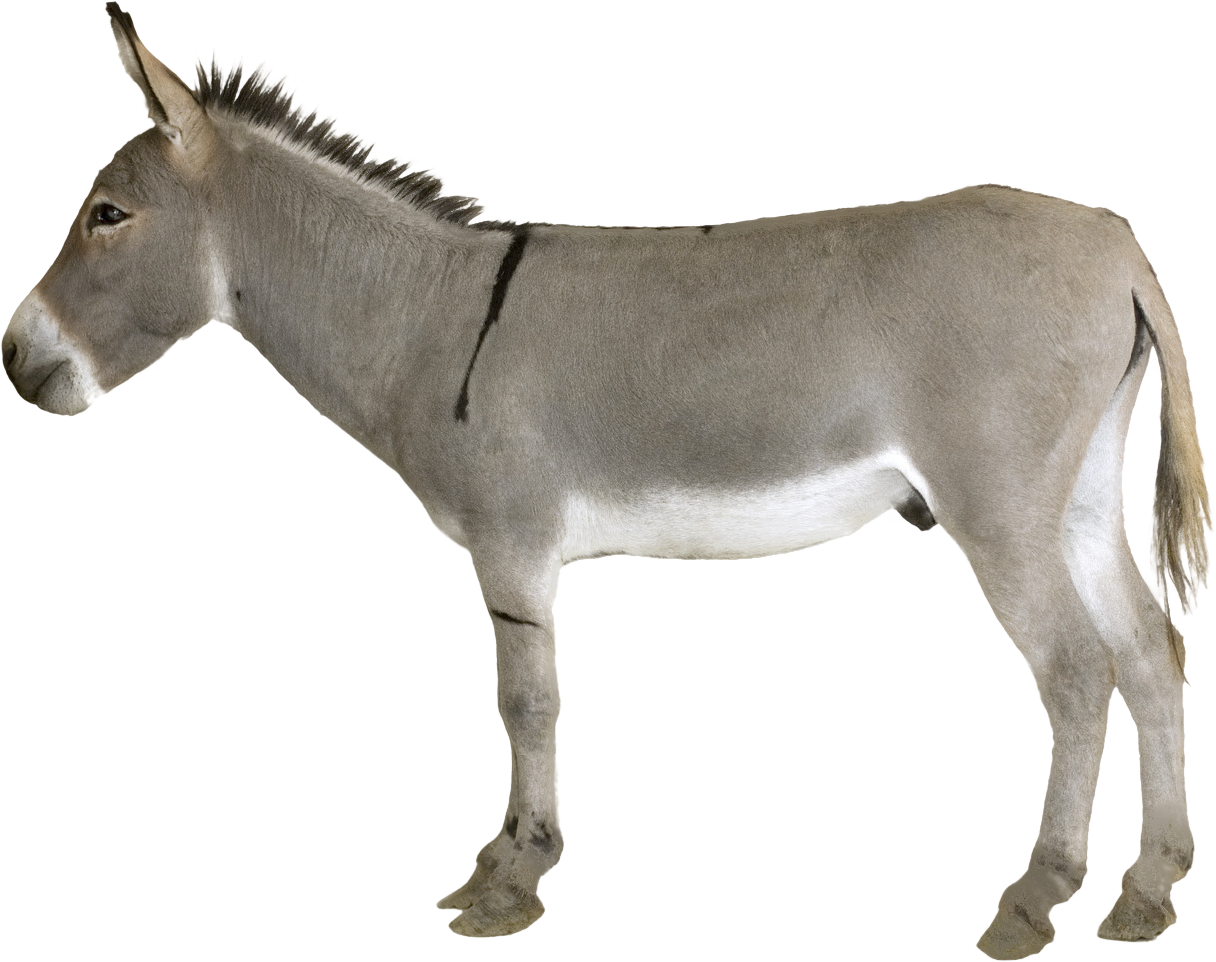 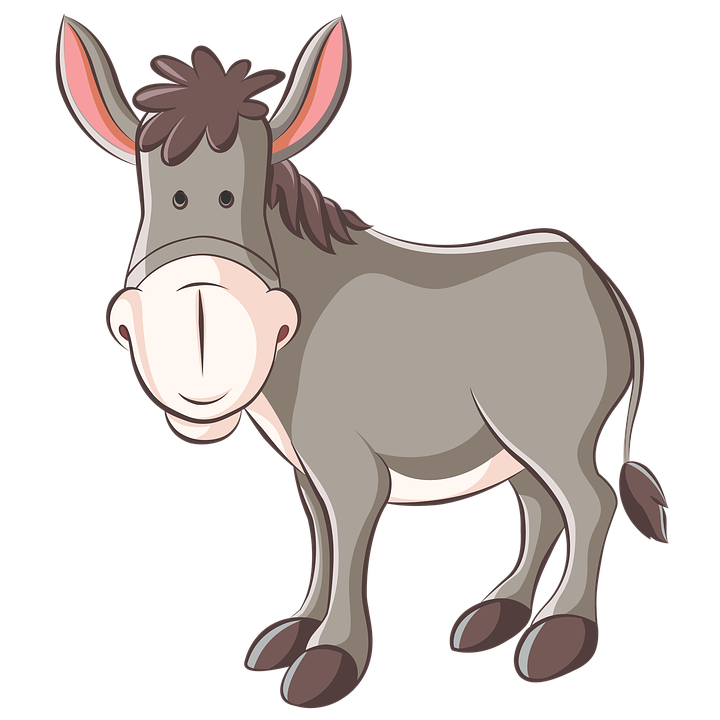 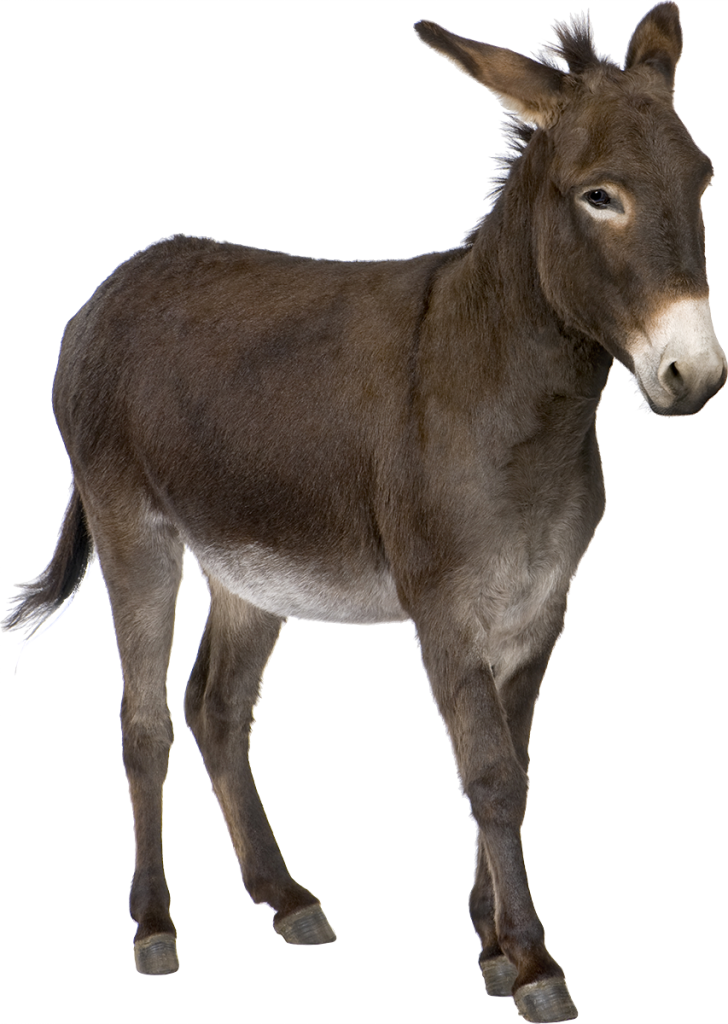 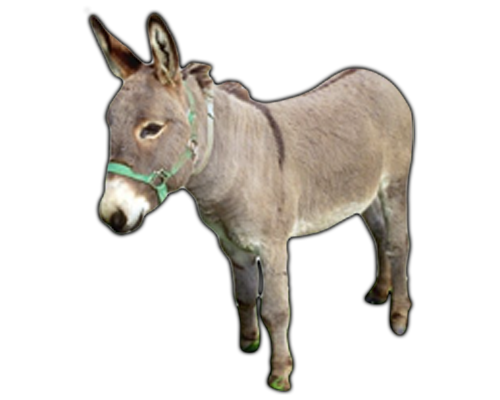 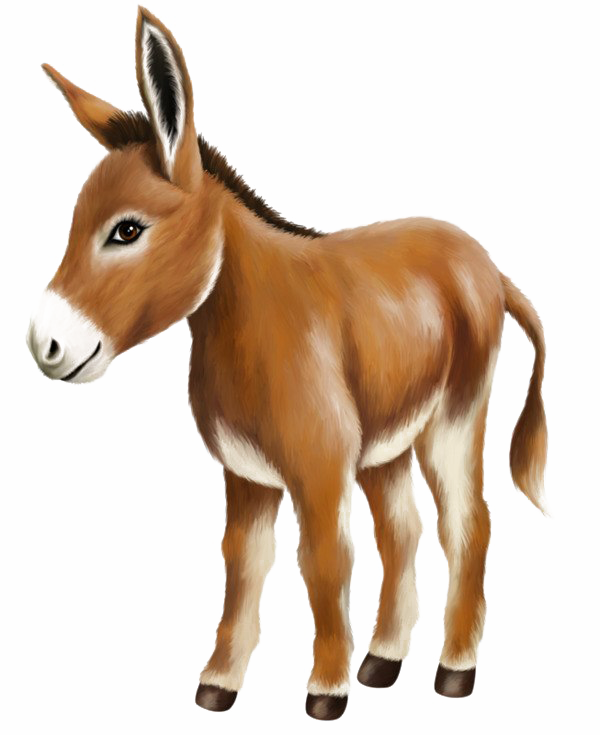 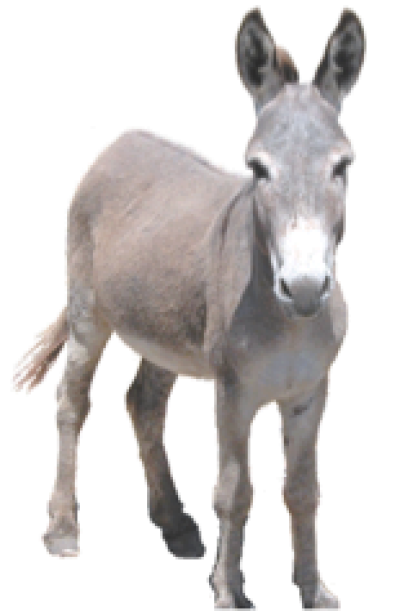 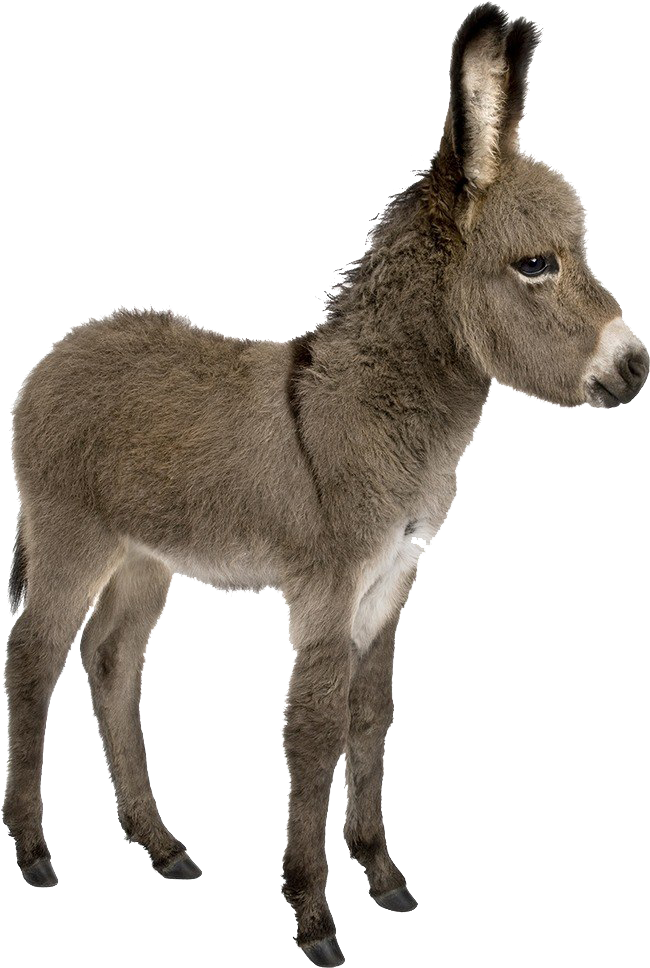 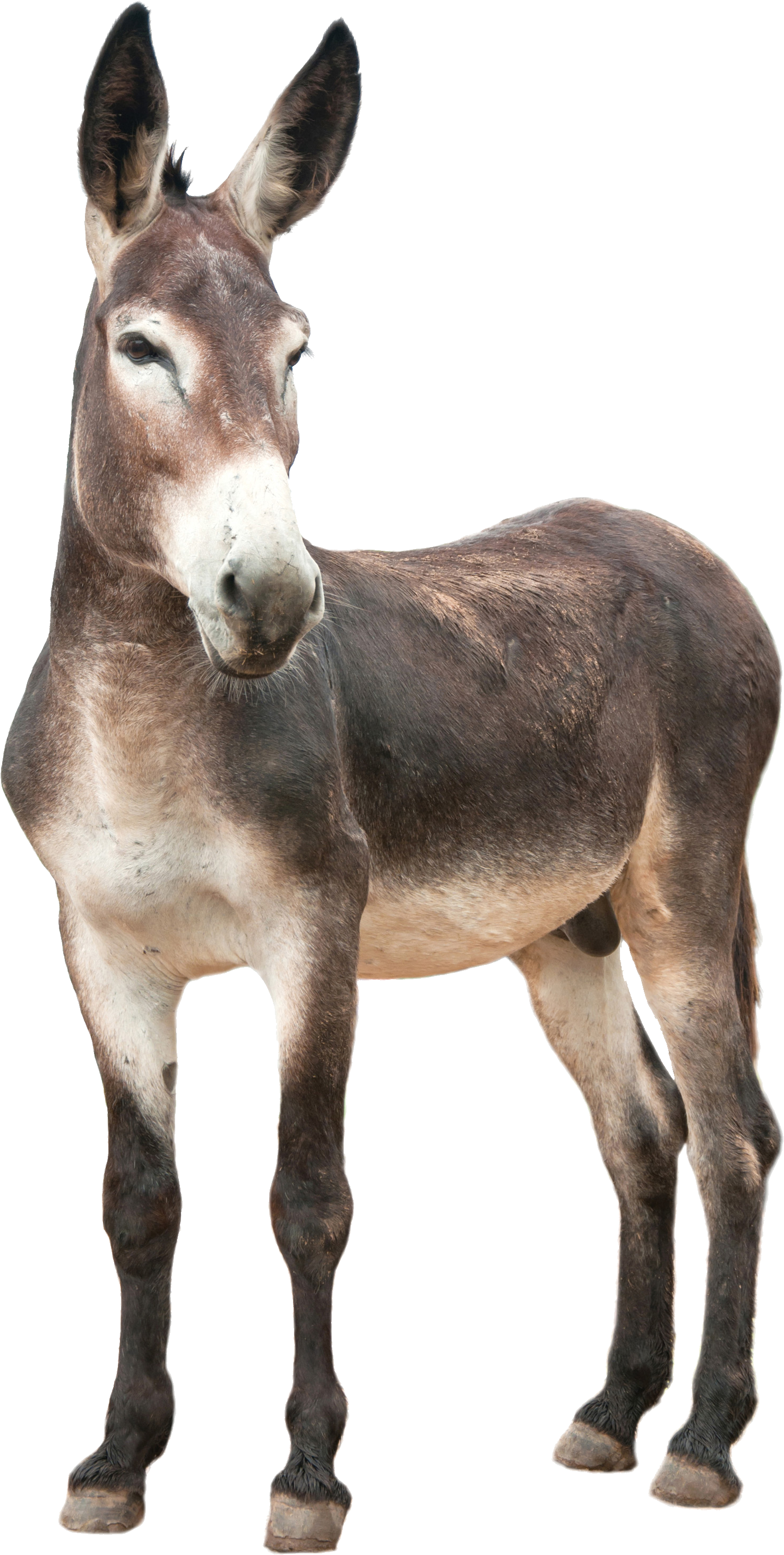 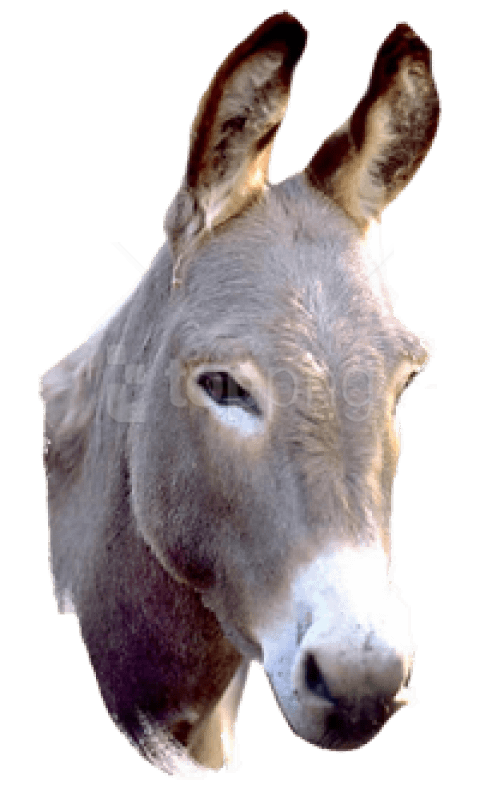 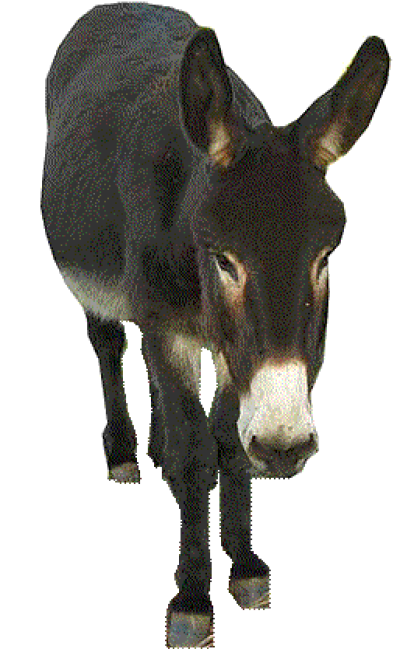