Download top and best high-quality free Hawkman PNG Transparent Images backgrounds available in various sizes. To view the full PNG size resolution click on any of the below image thumbnail.

Hawkman has appeared in several DC Comics versions, all distinguished by the employment of antiquated weapons and enormous, prosthetic wings linked to a harness made of the rare Nth metal that permits flight. Hawkman’s most famous versions had a partner/romantic interest named Hawkgirl or Hawkwoman.

Hawkman is usually portrayed as human archaeologist Carter Hall, who is the modern-day reincarnation of an ancient Egyptian ruler named Khufu, or as extraterrestrial police officer Katar Hol from the planet Thanagar. Due to a series of reinventions throughout the years following DC’s 1985 series Crisis on Infinite Earths, the character is widely considered one of the most perplexing backstories of any in DC Comics. By linking the Thanagarian aliens to the Egyptian curse that causes Hawkman to reincarnate periodically throughout human history, or by using Carter Hall as Katar Hol’s alias, or otherwise depicting the merger of Carter and Katar into one being, some writers have attempted to integrate Carter Hall and Katar Hol into one storey.

Hawkgirl had several appearances in various media, including the animated Justice League Unlimited series, which included Hawkgirl as a prominent character and other DC Universe Original Animated Movies.

In live action, the character originally appeared with Adam West and Burt Ward as allies Batman and Robin in Bill Nuckols’ two-part 1979 TV special Legends of the Superheroes. Hawkman was later played by Michael Shanks in Smallville and Falk Hentschel in The CW’s Arrowverse family of series, with both portrayals preferring the character’s ancient Egyptian origins. Hawkman will make his film debut in 2022’s Black Adam, which is based in the DC Extended Universe, and will be played by Aldis Hodge.

Hawkman debuted in Flash Comics #1 (1940) and remained a staple of the series throughout the 1940s. Carter Hall, a reincarnation of the ancient Egyptian ruler Khufu, was this Hawkman. Hall found that a strange substance known as “ninth metal” (later shortened to “Nth metal”) might counteract gravity’s effects and allow him to fly. He put on a suit with huge wings to help him control his flight and assumed the identity of Hawkman, a crimefighter. He also had a hawk friend named Big Red who helped him combat criminals. Hall, who works as an archaeologist, utilised antique weaponry from the museum he curates.

Beginning with All Star Comics #3, Hawkman was a founding member of the Justice Society of America (Winter 1940). He became the JSA’s chairman in issue #8, a role he retained until the JSA’s tenure in All Star Comics ended in 1951. During the Golden Age of Comic Books, he was the only member of the JSA to appear in every adventure. Shiera Saunders, his reincarnated spouse, became the crimefighter Hawkgirl, with whom he had a romantic relationship. Hawkman’s first three adventures were drawn by creator Dennis Neville (who based Hawkman’s costume on the hawkmen characters in Alex Raymond’s Flash Gordon comic strip), then by Sheldon Moldoff, and finally by Joe Kubert, who slightly redesigned his mask in Flash Comics # 85 (Jul 1947) and then replaced it with a much simpler yellow cowl in Flash Comics #98 a year later (Aug 1948).

Like those of most other superheroes, Hawkman’s Golden Age adventures came to an end as the industry shifted away from the genre in the early 1950s. In All Star Comics #57, he made his last appearance (1951).

Later in the decade, DC Comics chose to resurrect a number of heroes in new versions, but with the same names and powers, thanks to editor Julius Schwartz. Hawkman was resurrected in The Brave and the Bold # 34 (Feb”Mar 1961), this time as an extraterrestrial policeman from the planet Thanagar, though his powers remained substantially the same. Katar Hol, a Hawkman created by Gardner Fox and Joe Kubert, came to Earth with his wife Shayera in pursuit of a criminal and opted to stay to learn Earth police tactics and fight crime. Carter and Shiera Hall assumed new identities as curators of a museum in Midway City. 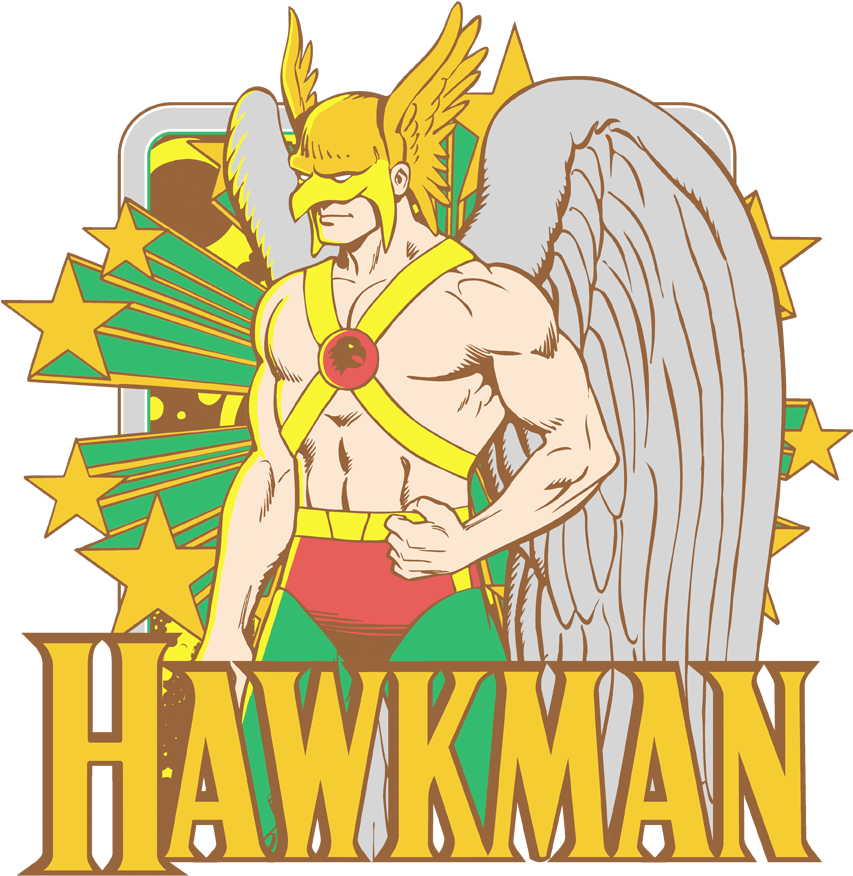 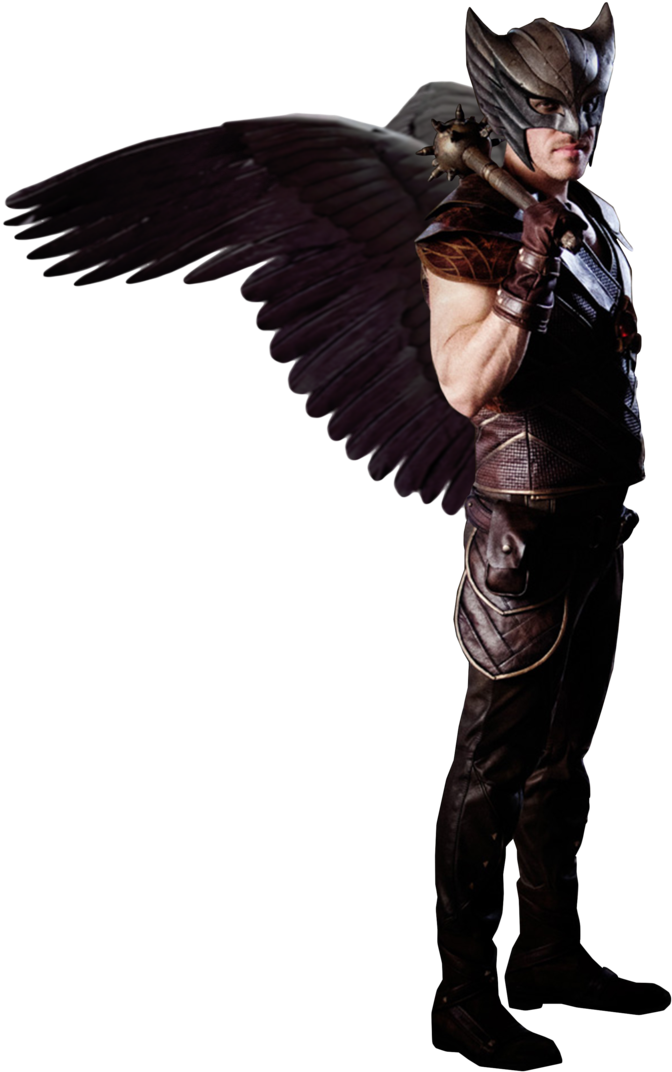 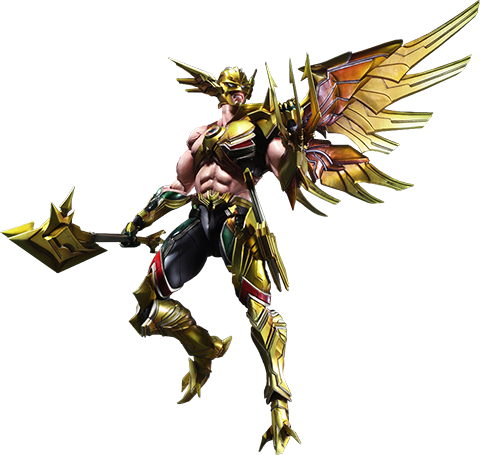 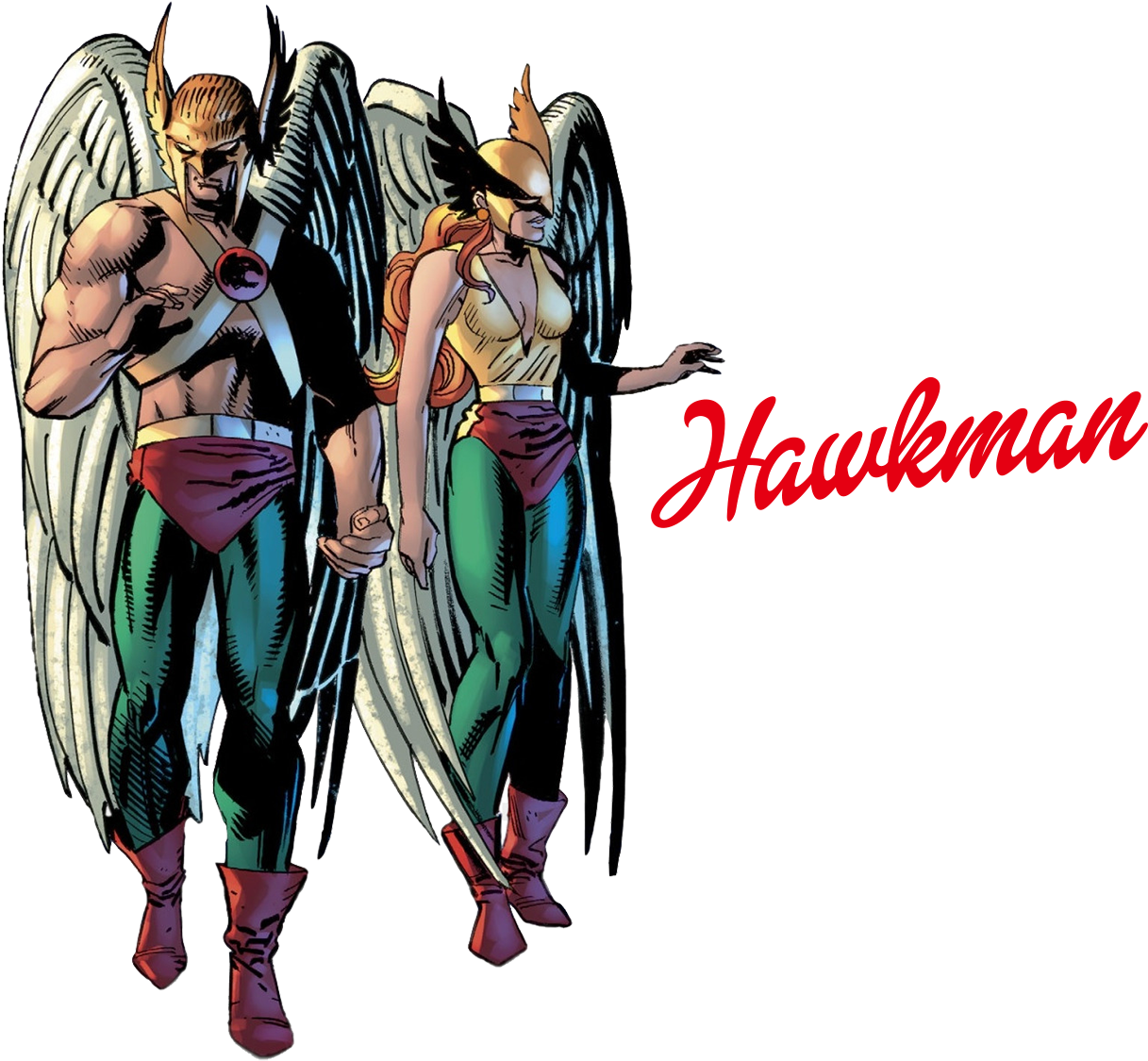 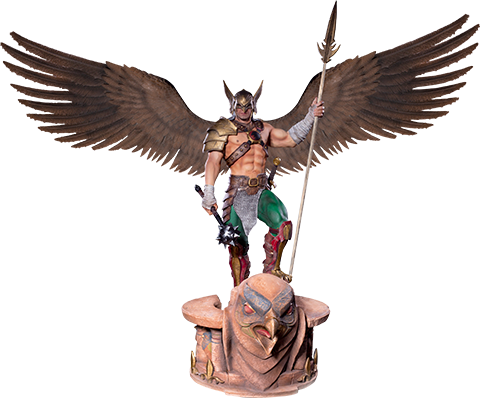 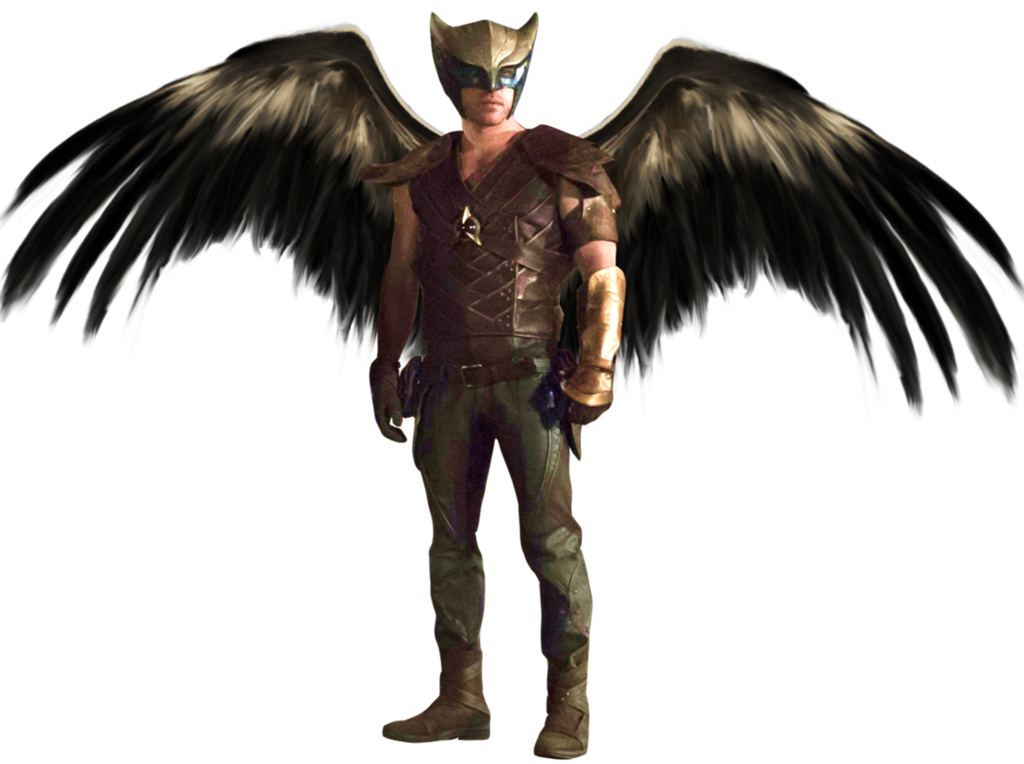 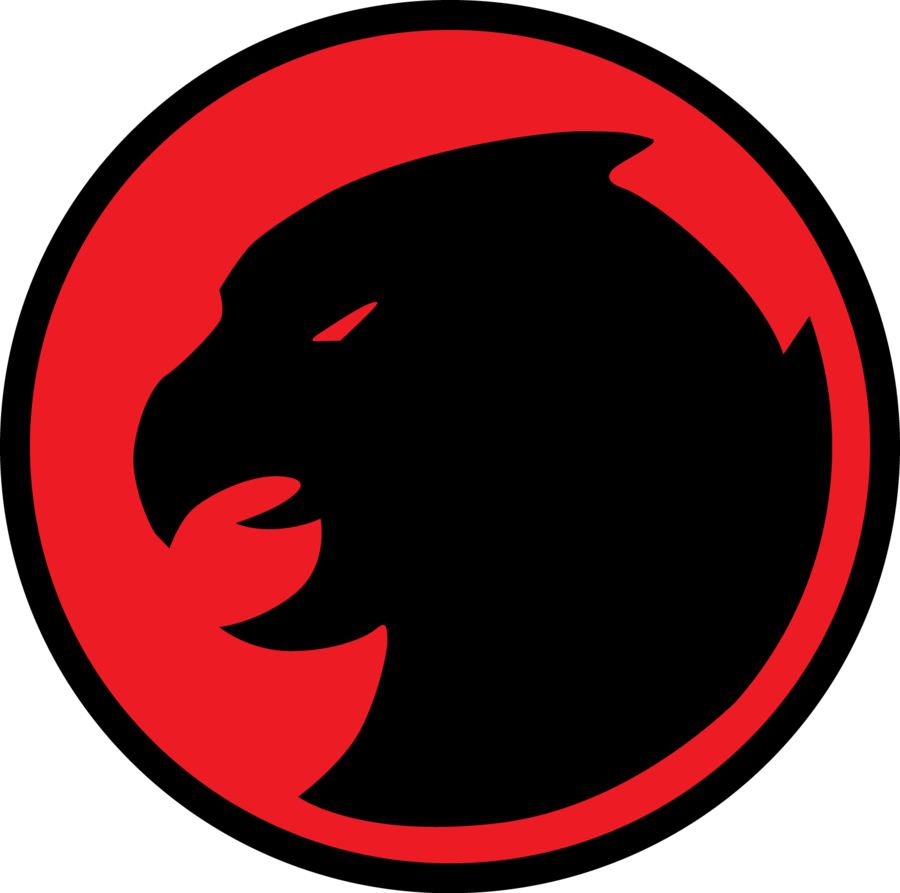 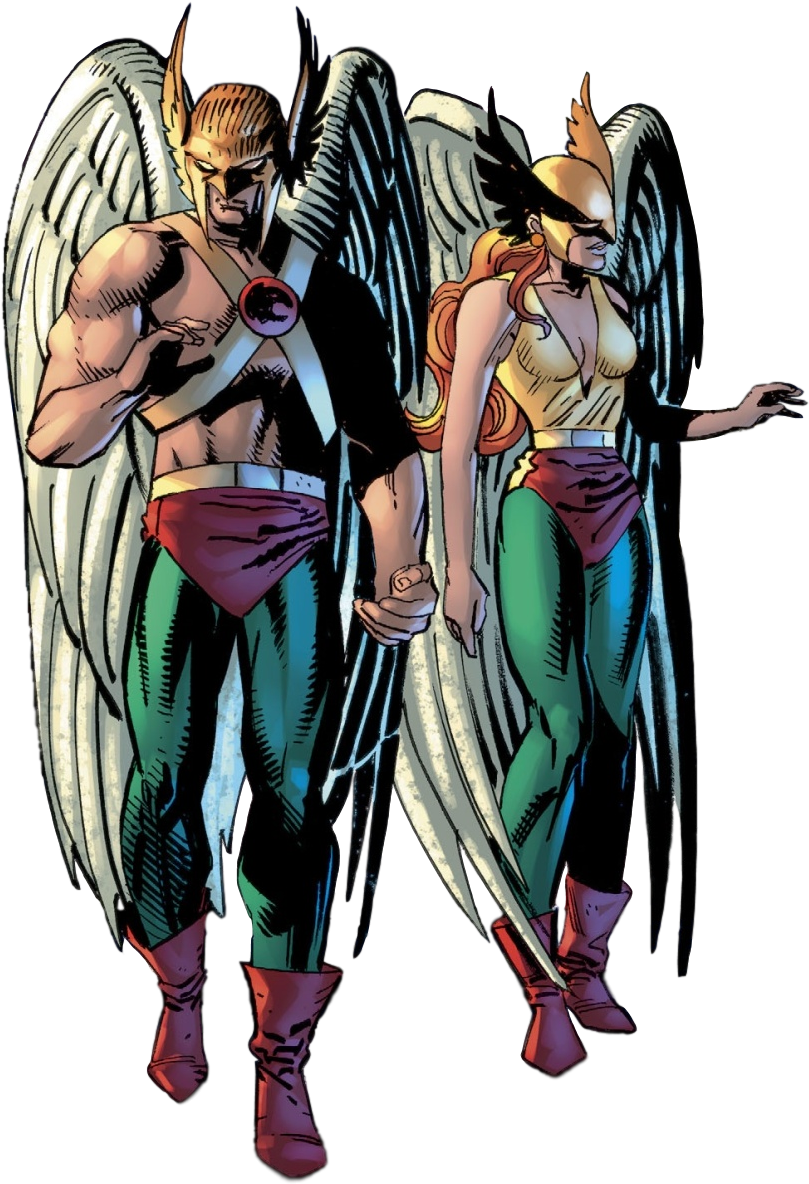 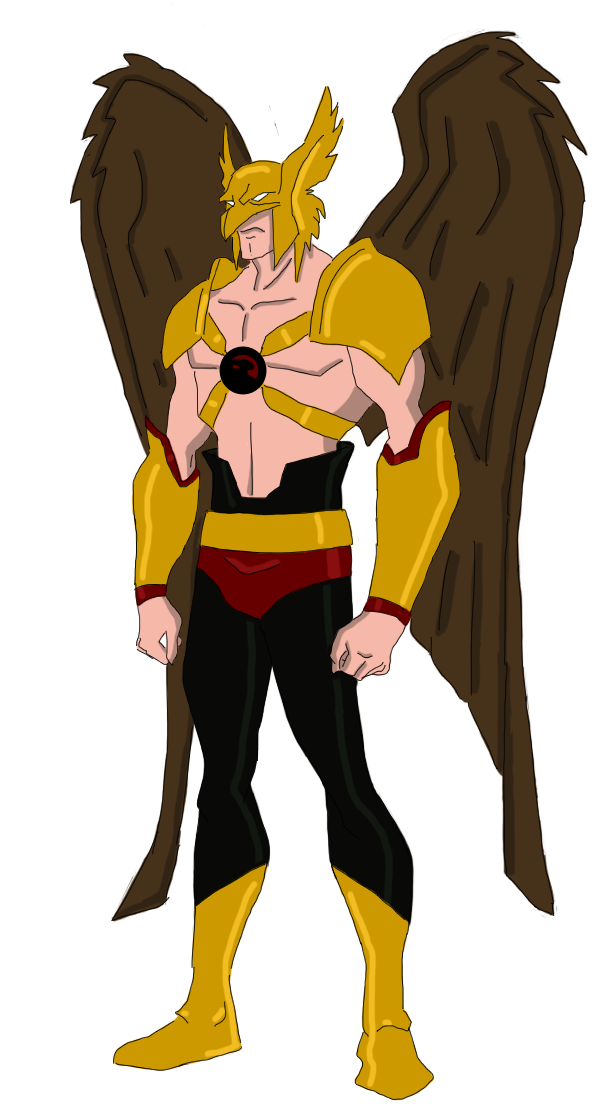 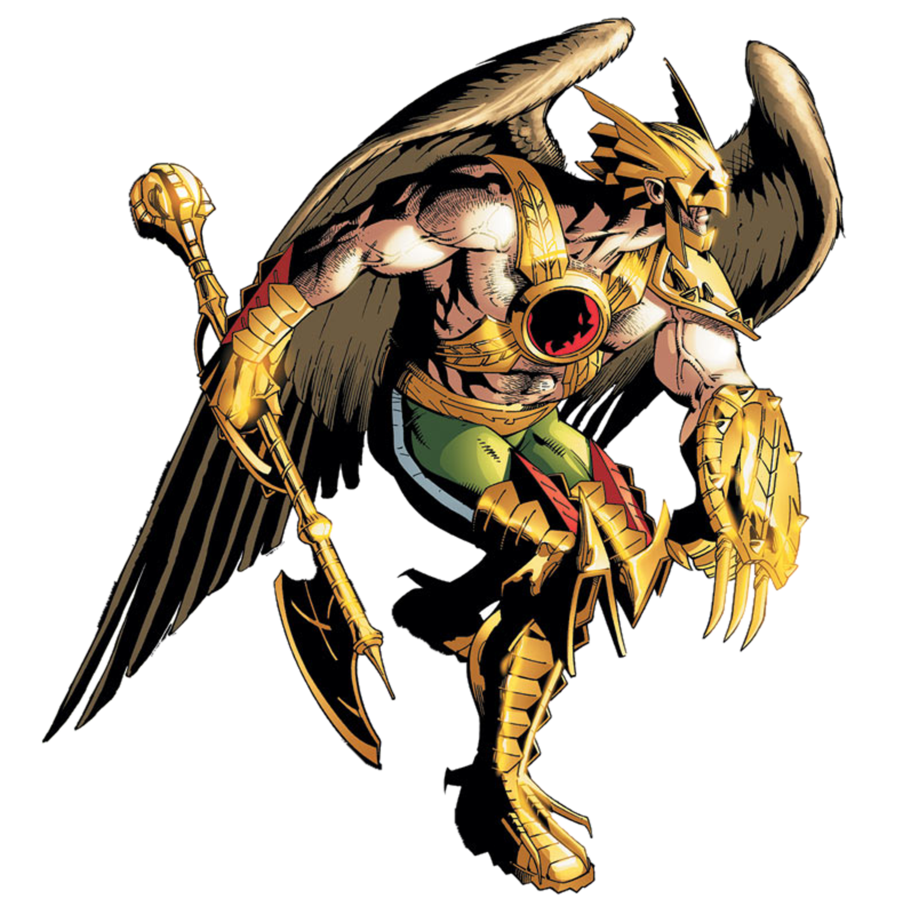 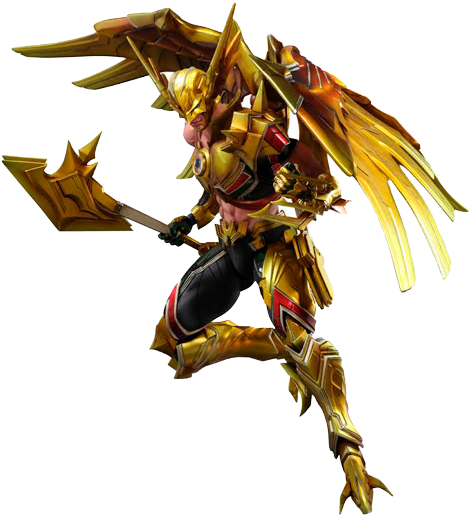 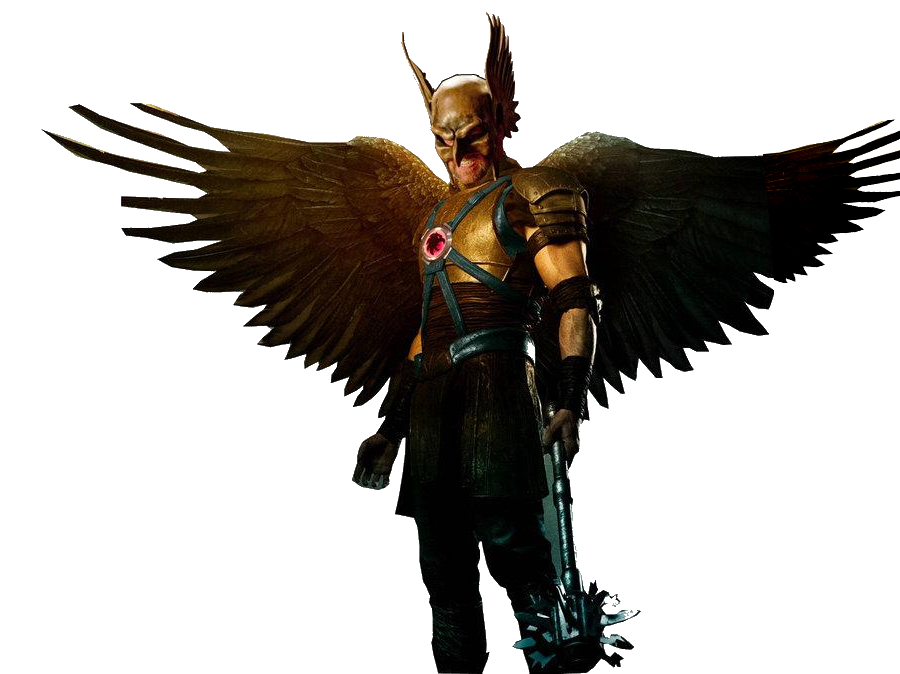 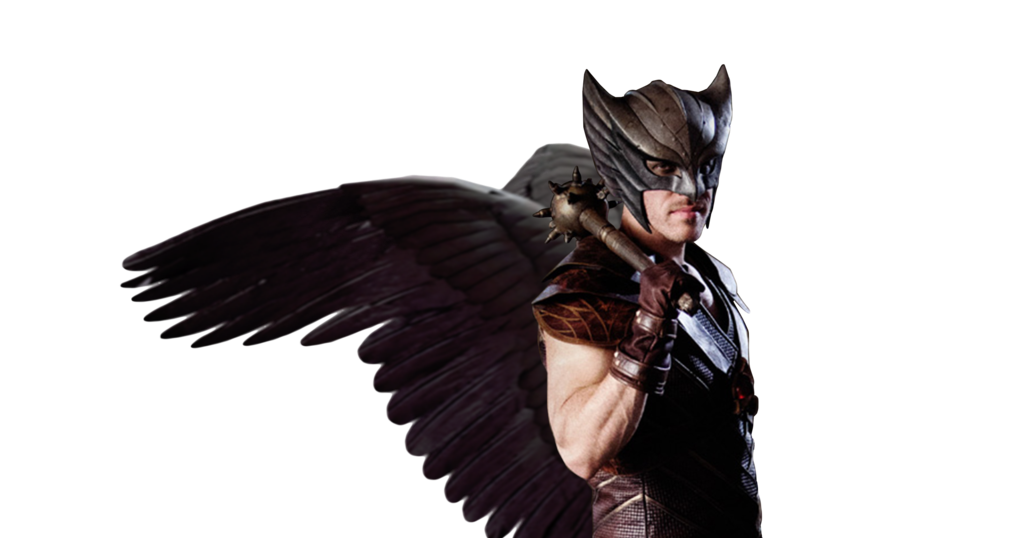 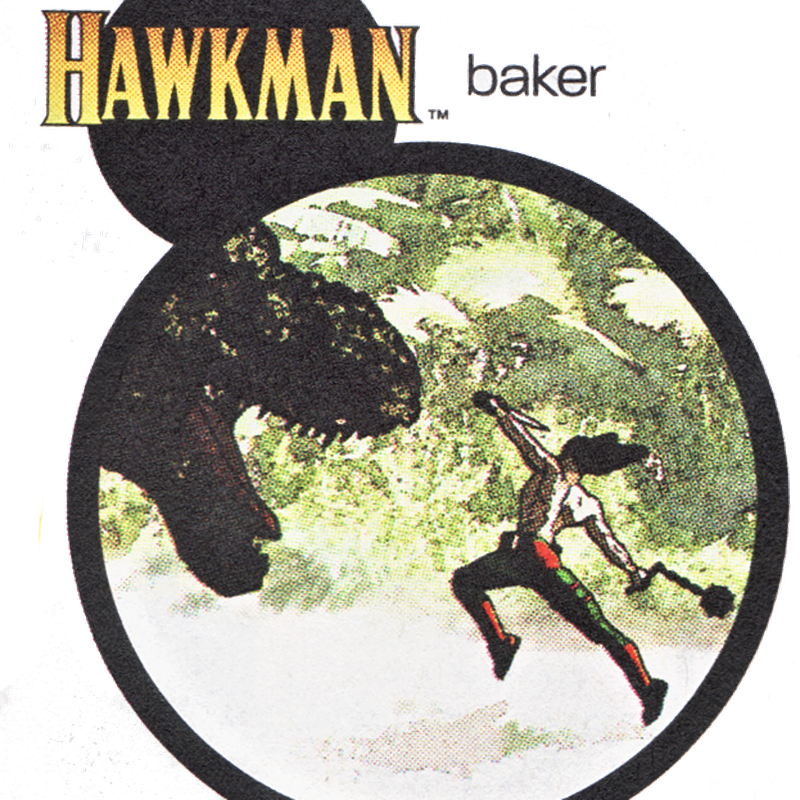 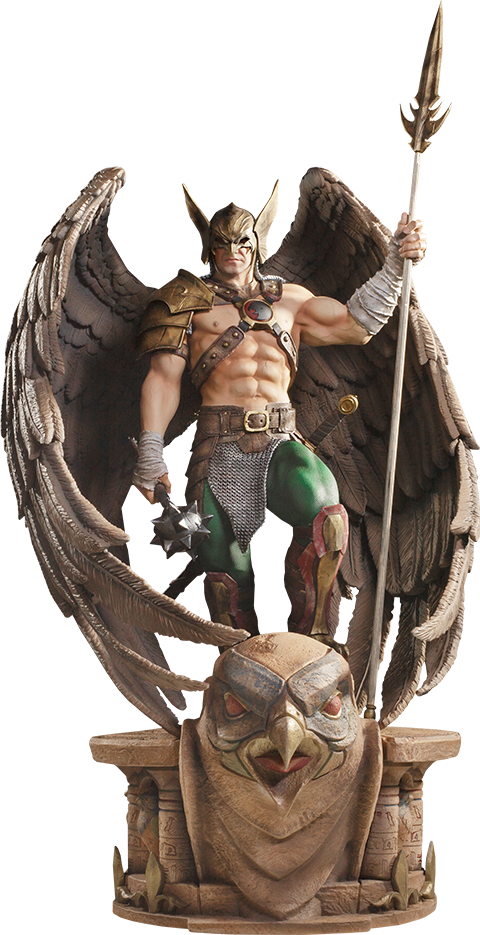