Download top and best high-quality free Hotstar PNG Transparent Images backgrounds available in various sizes. To view the full PNG size resolution click on any of the below image thumbnail. 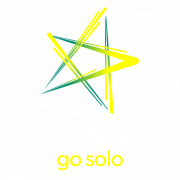 Hotstar, Star India online streaming video platform, has expanded its cooperation with the ICC World Twenty20 in 2016 through a sponsorship agreement with the ICC, the international governing body of cricket, 2016 edition of its mega-events.

The agreement makes Hotstar an associate sponsor of the tournament, and provides a ground visibility of the platform at all locations for the duration of the monthly tournament.

In addition to the contract for sponsorship, Hotstar also has exclusive digital rights to the live broadcast of the ICC World Twenty20 2016.

As momentum builds ahead of the team ICC World Twenty20 2016 Hotstar said it would launch a series of campaigns to increase further in anticipation of amateur cricket for this event.