Download top and best high-quality free Jerrycan PNG Transparent Images backgrounds available in various sizes. To view the full PNG size resolution click on any of the below image thumbnail.

A jerrycan is a liquid container constructed of pressed steel that can hold a lot of liquid. It was built in Germany in the 1930s to contain 20 litres of gasoline for military usage. The jerrycan was a huge advance over previous designs, which needed the use of tools and funnels, and it had several novel features for ease of use and durability. Following extensive usage by both Germany and the Allies during WWII, identical designs for fuel and water containers are now used all over the world, with some of them being made of plastic. The designs are mainly based on the original steel jerrycan design, and they are still referred to as jerrycans. The original jerrycan design, as well as other variants, are still widely used in the military.

The cans were designed to be used as gasoline canisters at first, but their usage have since broadened. The usage of a can is now determined by its color, affixed labels, and, on rare occasions, imprinted labeling on the container itself. This is to protect the contents of the can from being contaminated by mixing various fuels or fuel with water.

According to Blitz, a contemporary producer, the US version of the jerrycan is covered under military standard MIL-C-1283 F and has been produced since the early 1940s by a variety of US businesses. 7240-00-222-3088 is the National Stock Number. It has been replaced by high-density polyethylene variants, according to a new A-A-59592 B specification.

Jerrycans feature a rounded rectangular cross section with package handles in most cases. Most feature three handles: one in the center for one person carrying a lightweight can, two in the middle for a person lifting a full can, and two in the middle for two persons carrying. The three handles are arranged in such a way that two empty jerrycans can be carried in one hand.

In Germany, the Wehrmacht-Einheitskanister was initially created in 1937 by the Müller engineering business in Schwelm, based on a design by its head engineer Vinzenz Grünvogel. During the Spanish Civil War in 1936, a similar graphic was used as a corporate logo for Ambi-Budd Presswerk GmbH. The Wehrmacht had ordered, among other things, that a soldier should be able to carry either two full or four empty containers, which is why the triple handles were installed. It was designed with a big spout and flip top closure to accomplish the desired filling and draining speeds. A hole in the closing retainer allowed a fastening pin or wire with a lead seal to be inserted. It may be stacked because of its rectangular form. The container was strengthened by the recessed welded seam, which also protected the seam from impact damage. The indentations insured that a full can would not be significantly damaged if it fell from a vehicle, and a dip layer of paint on the interior kept it from rusting.

Thousands of such cans had been stockpiled by the German military in preparation for war by 1939. Motorized forces were given the cans together with lengths of rubber hose to allow them to siphon gasoline from any accessible source, allowing them to make a quick advance into Poland at the outset of WWII.

Paul Pleiss, an American engineer, designed a vehicle to go to India with a German colleague in 1939. They discovered they didn’t have any emergency water storage after completing the automobile. The German engineer gained entry to the jerrycan stockpile at Berlin Tempelhof Airport and took three of them. They drove over 11 country borders without issue until Field Marshal Göring dispatched a jet to transport the engineer back to Germany. Pleiss also received comprehensive specs for the can’s production from the German engineer. Pleiss drove to Calcutta, parked his car, and flew back to Philadelphia, where he informed American military officials about the can. He couldn’t pique anyone’s curiosity. He realized he couldn’t get far without a sample. He ultimately dispatched the automobile to New York through a circuitous route and a can to Washington. Instead, the War Department chose ten-US-gallon (38 l; 8.3 imp gal) cans with two screw closures from World War I, which required both a spanner and a funnel to pour.

The only jerrycan in American hands was shipped to Camp Holabird, Maryland, to be modified. The new design kept the handles, size, and form, but the simpler ‘X’ – strengthening indentations on the sides of the can set it apart from the German original. Cans from the United States, Germany, and the United Kingdom might all be piled together. The recessed welded seams used by the Germans were replaced with rolled seams, which were prone to leaking. The liner was removed from gasoline cans, and a spanner and funnel were required. A water can with a flip-top lid and enamel interior was also used. 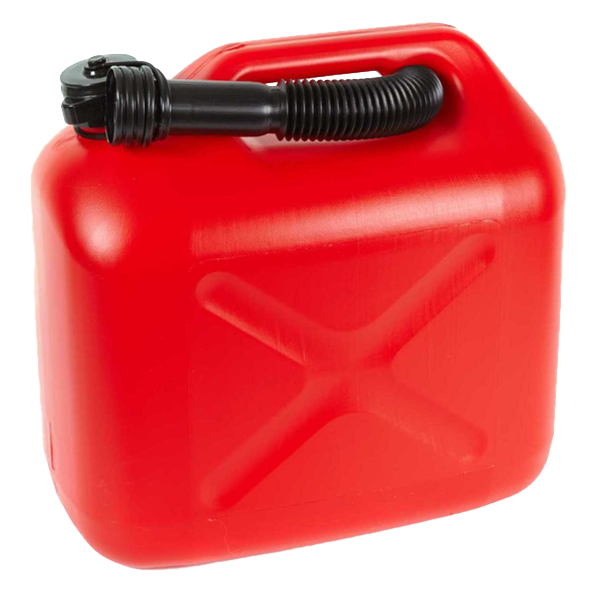 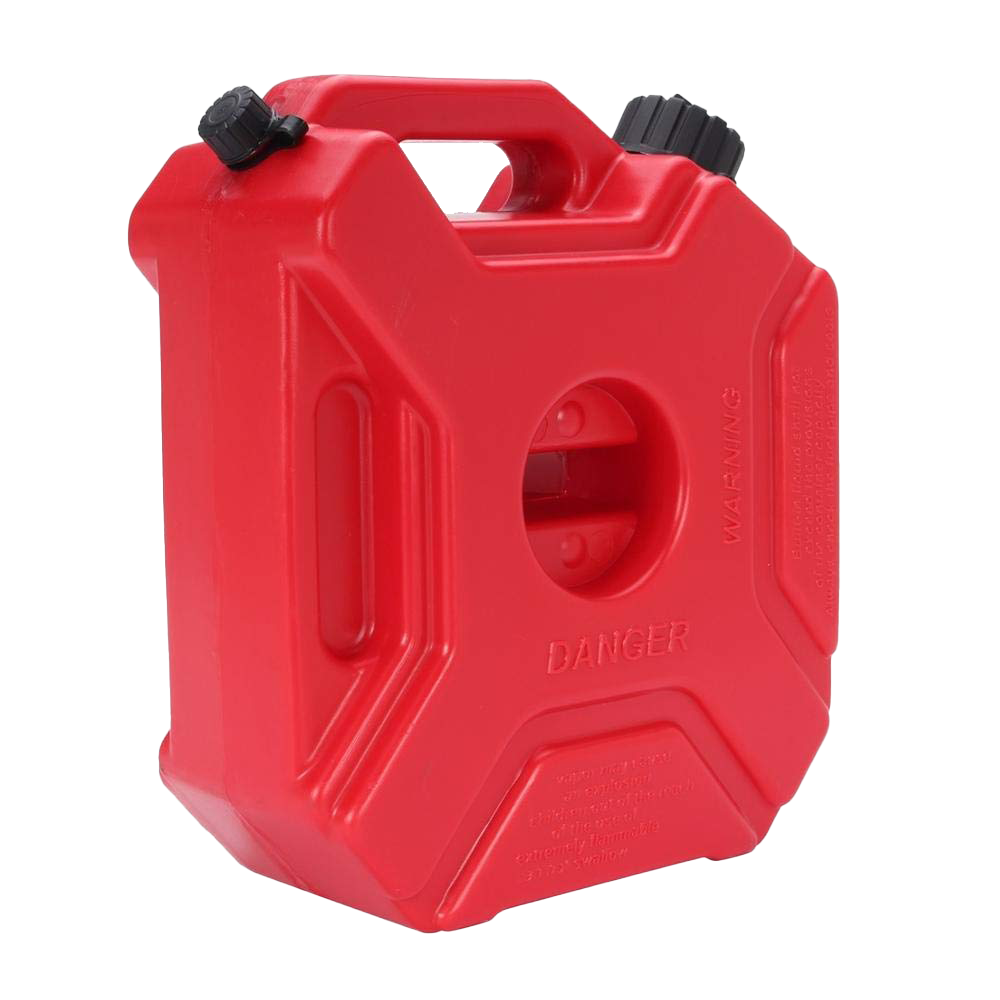 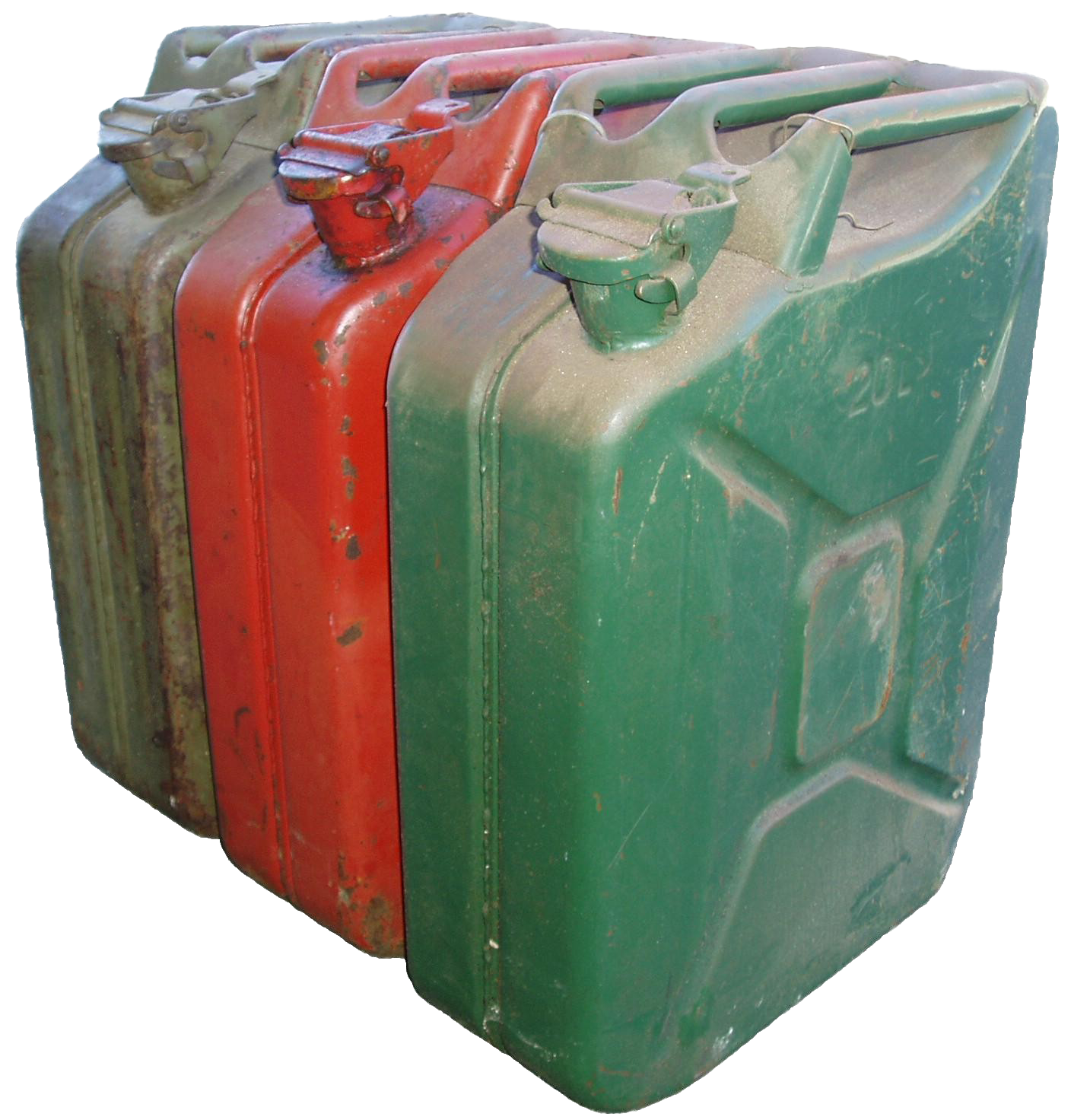 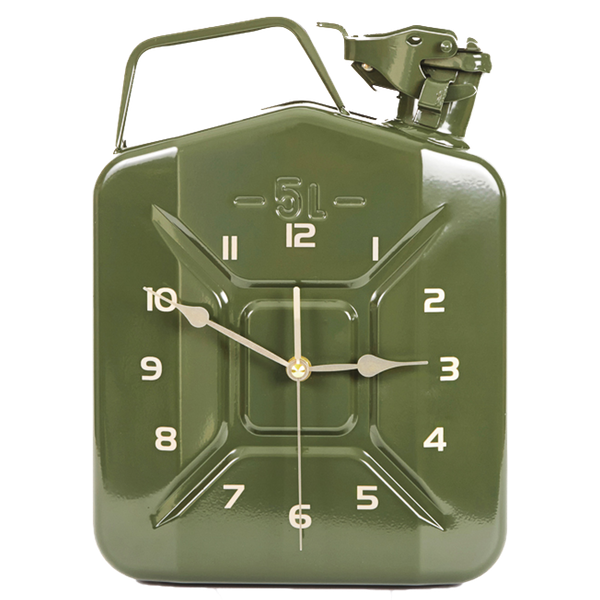 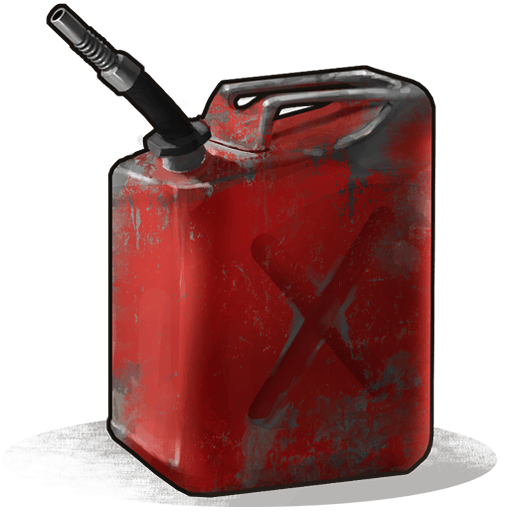 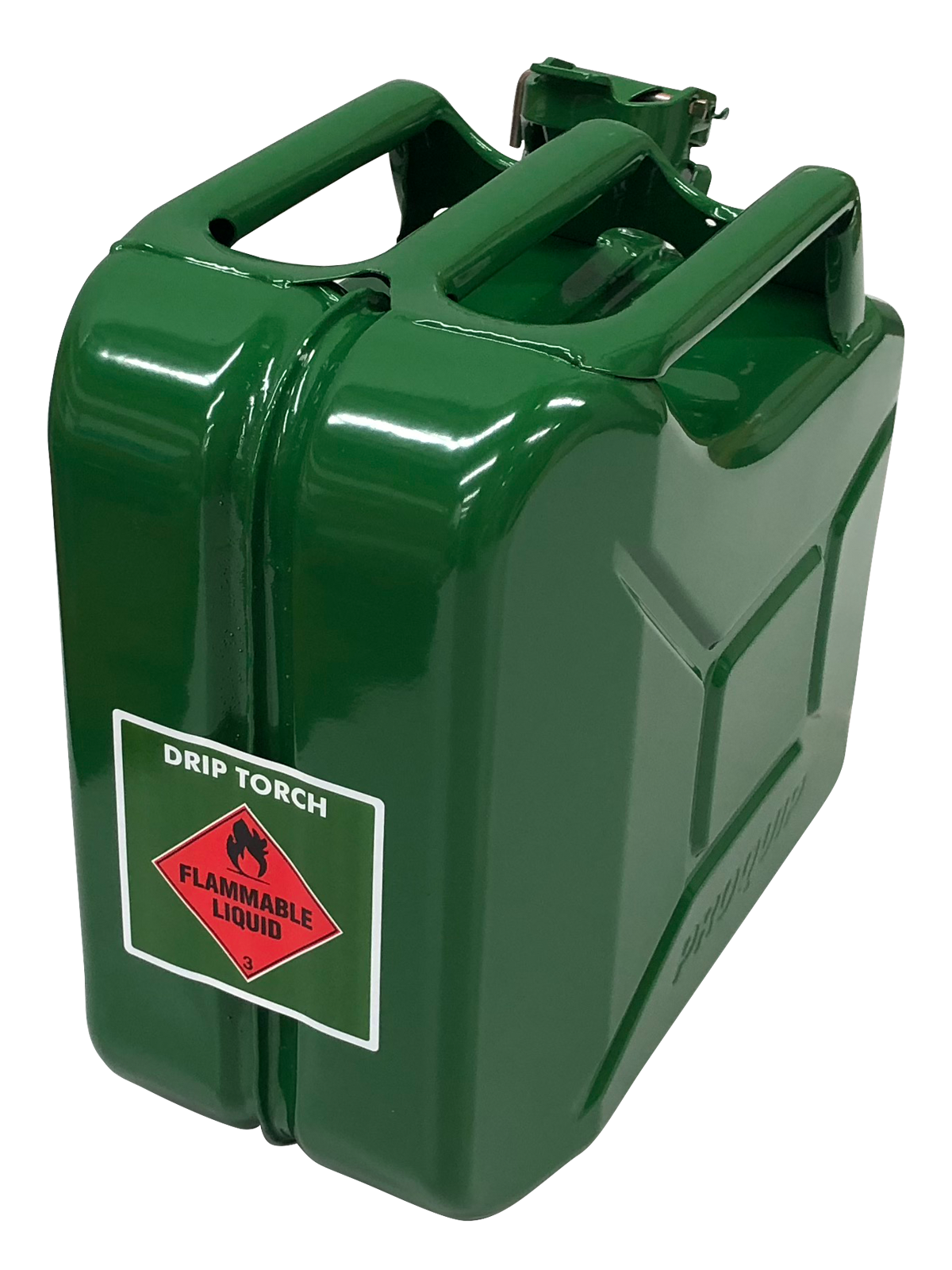 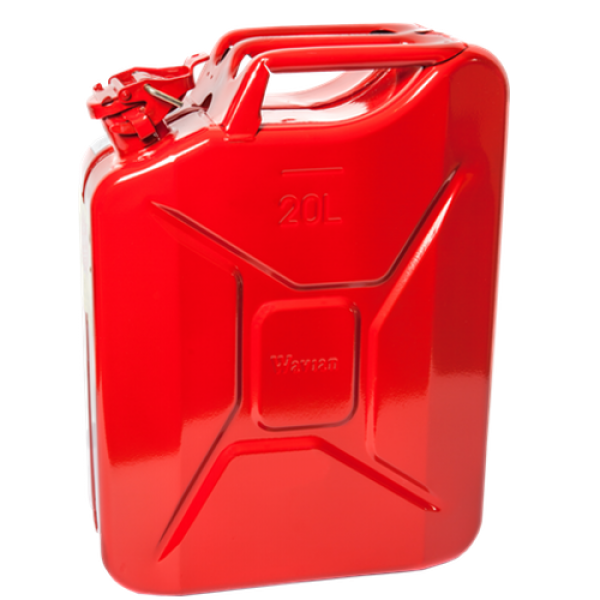 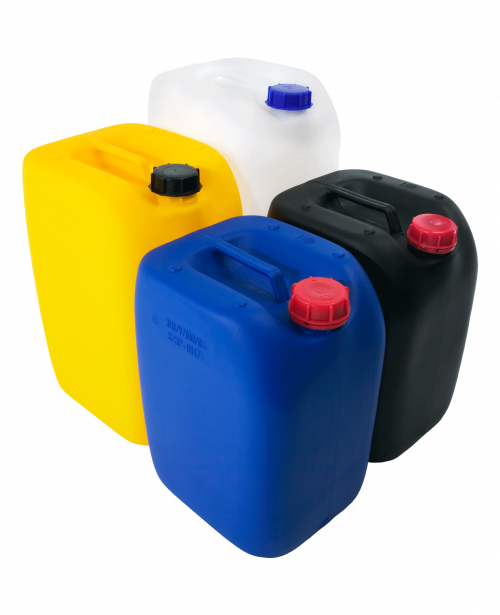 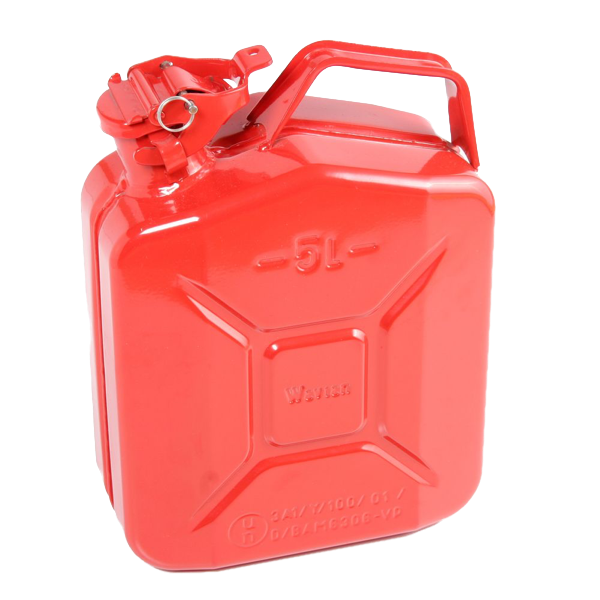 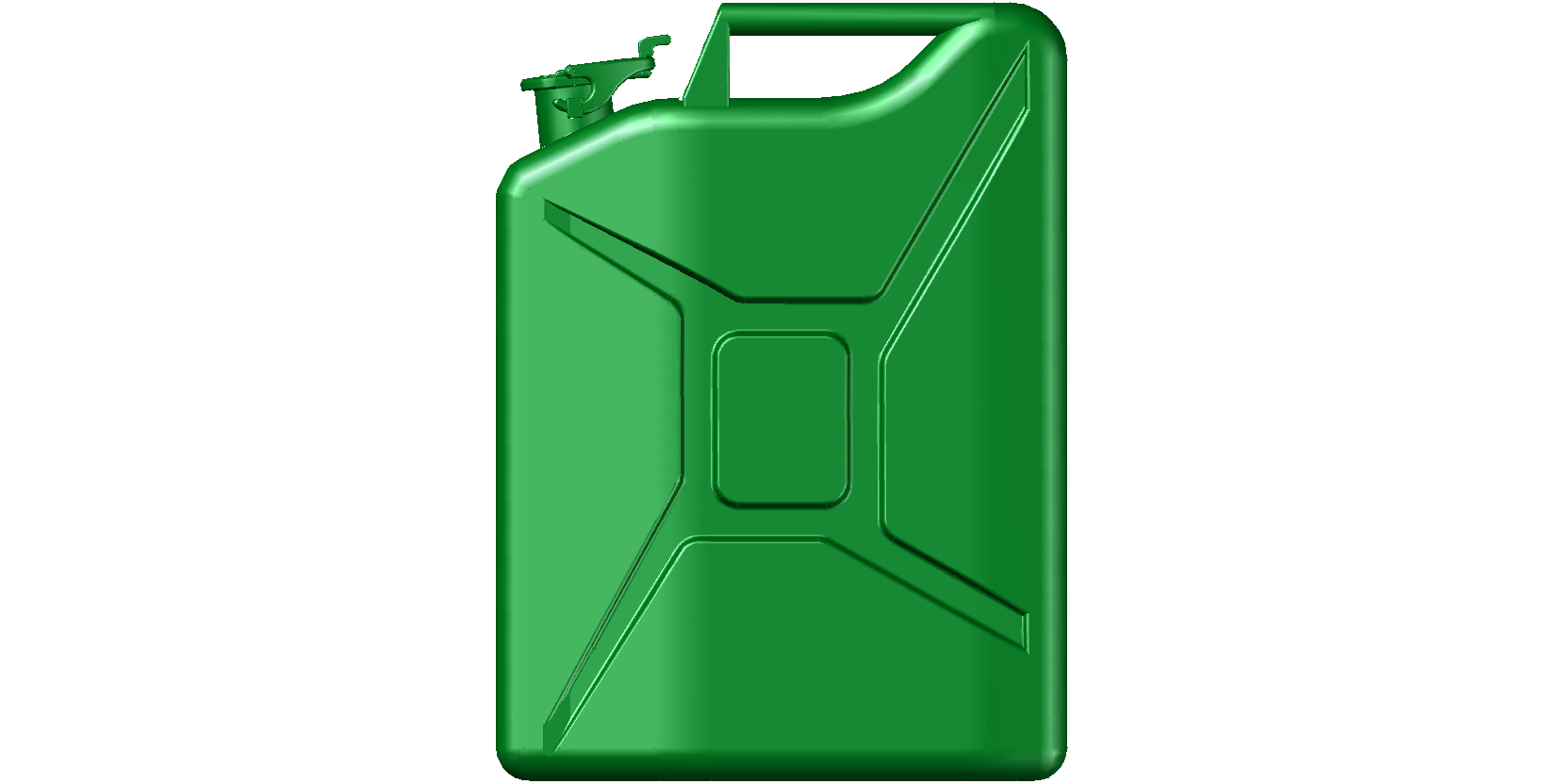 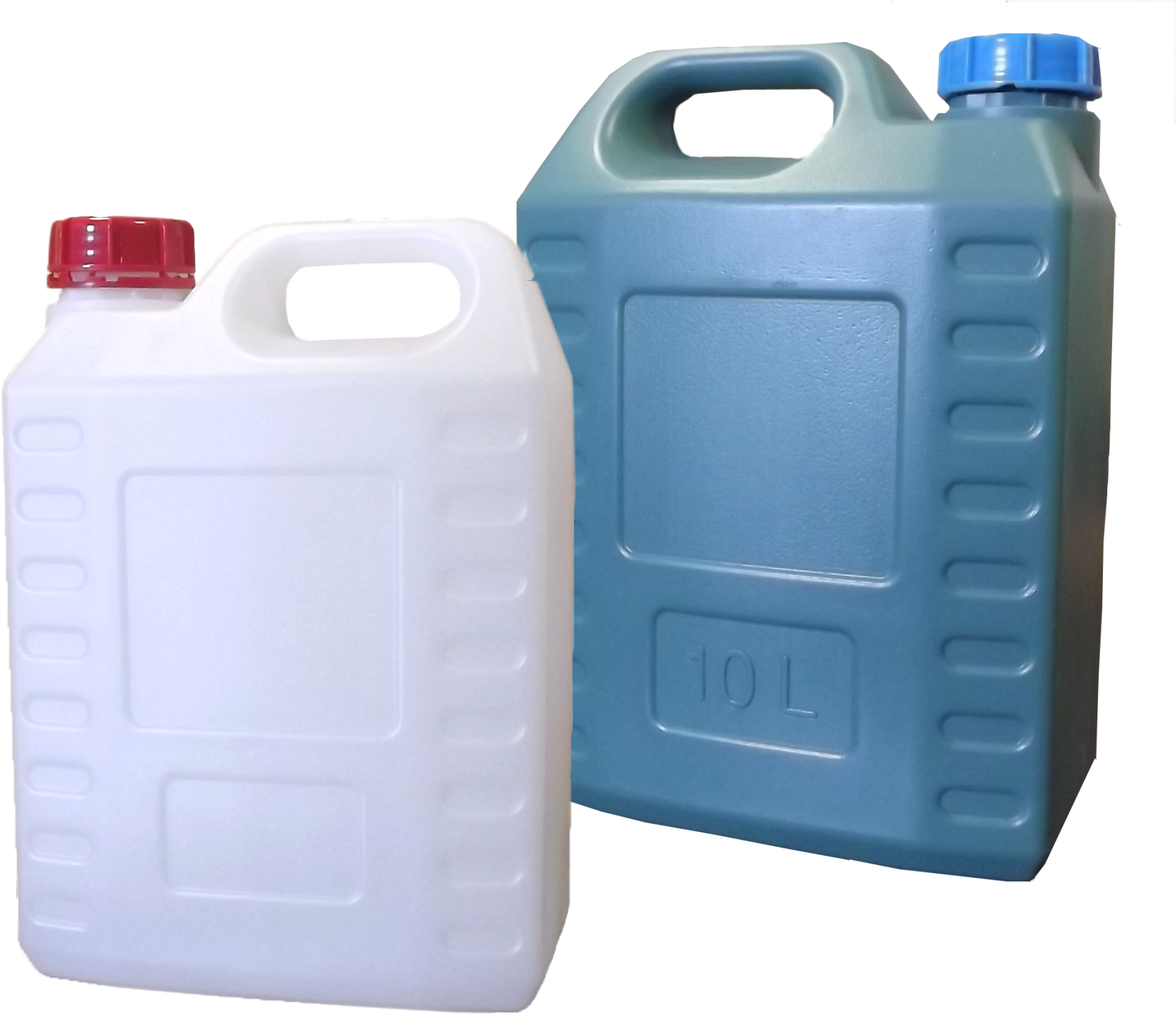 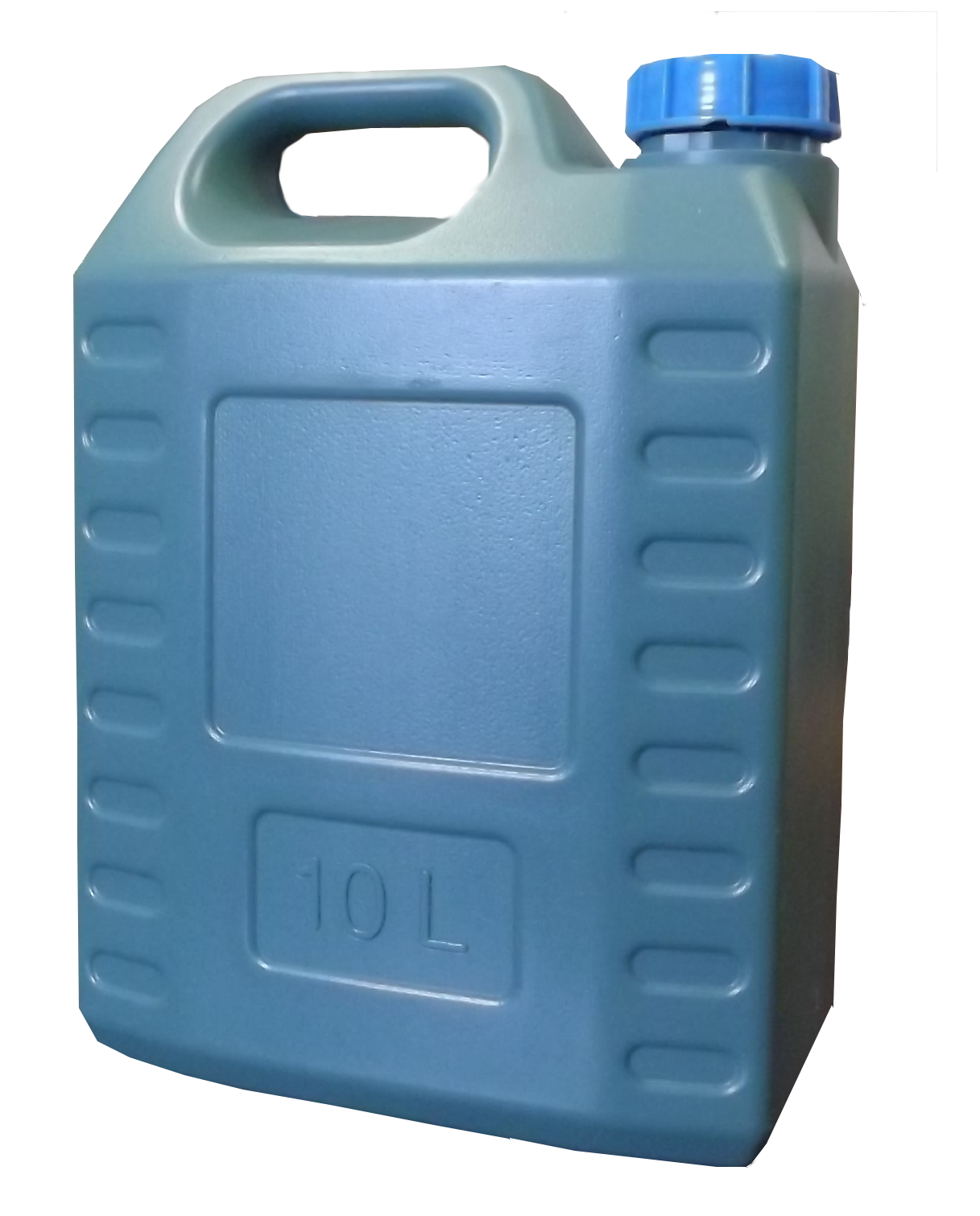 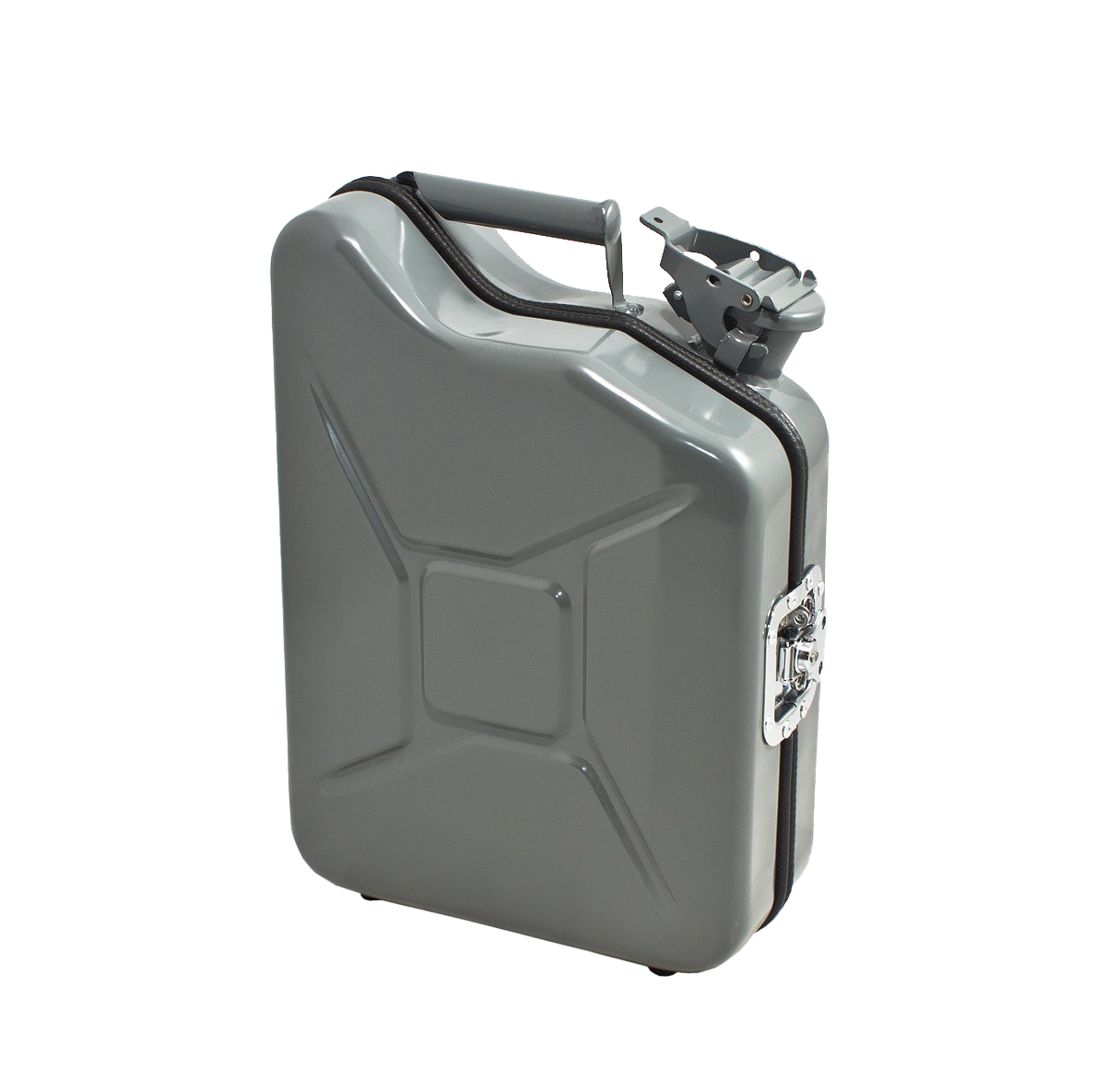 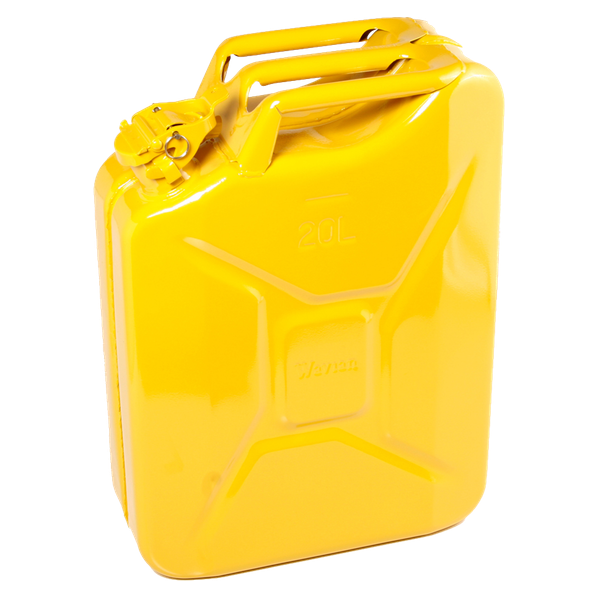 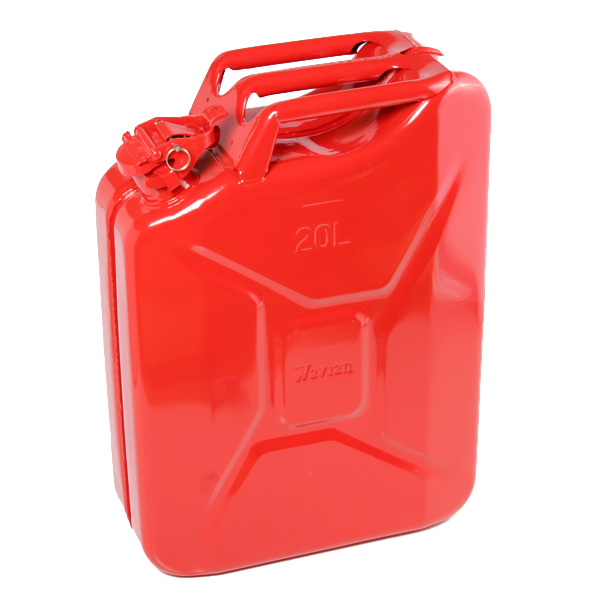 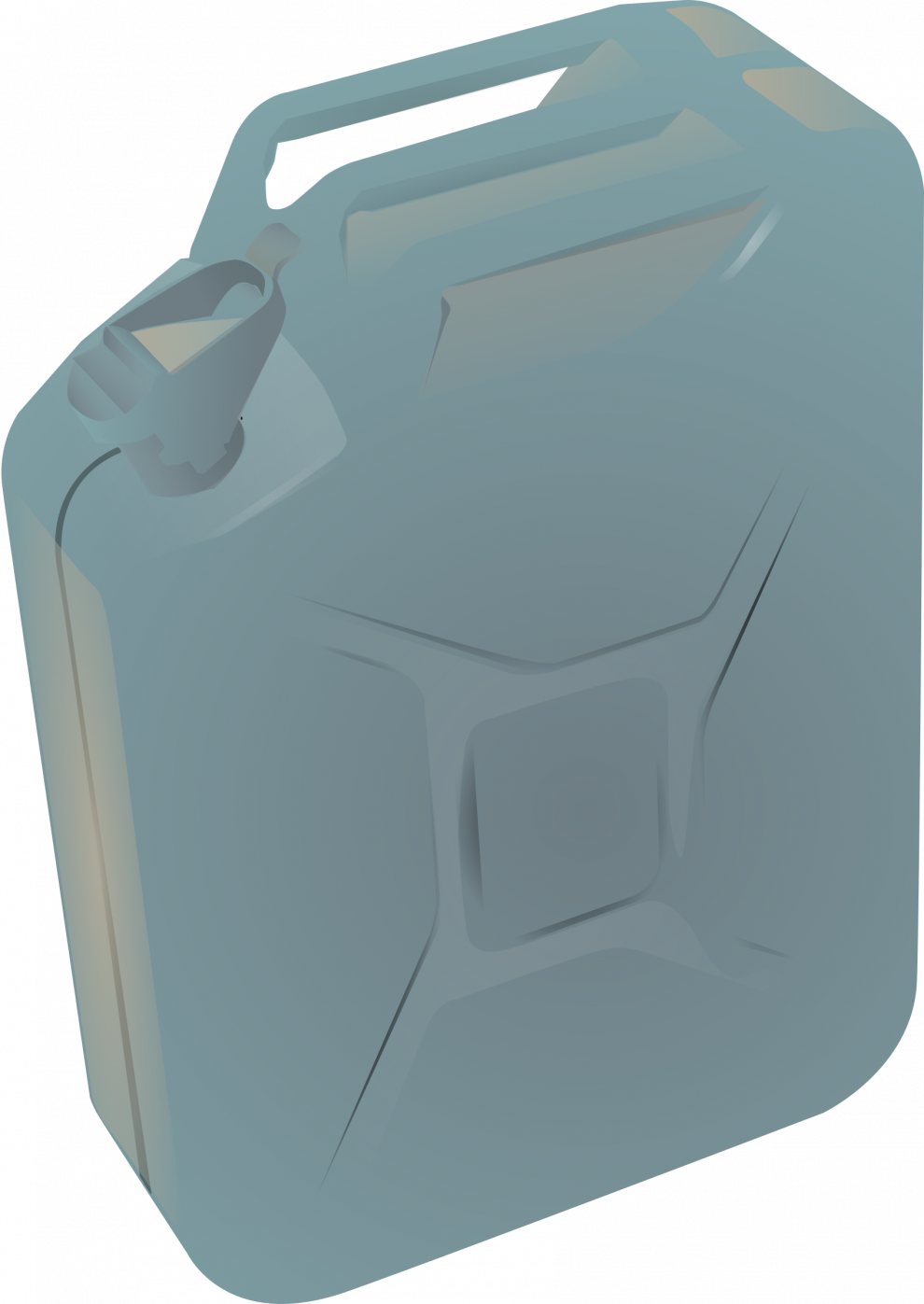 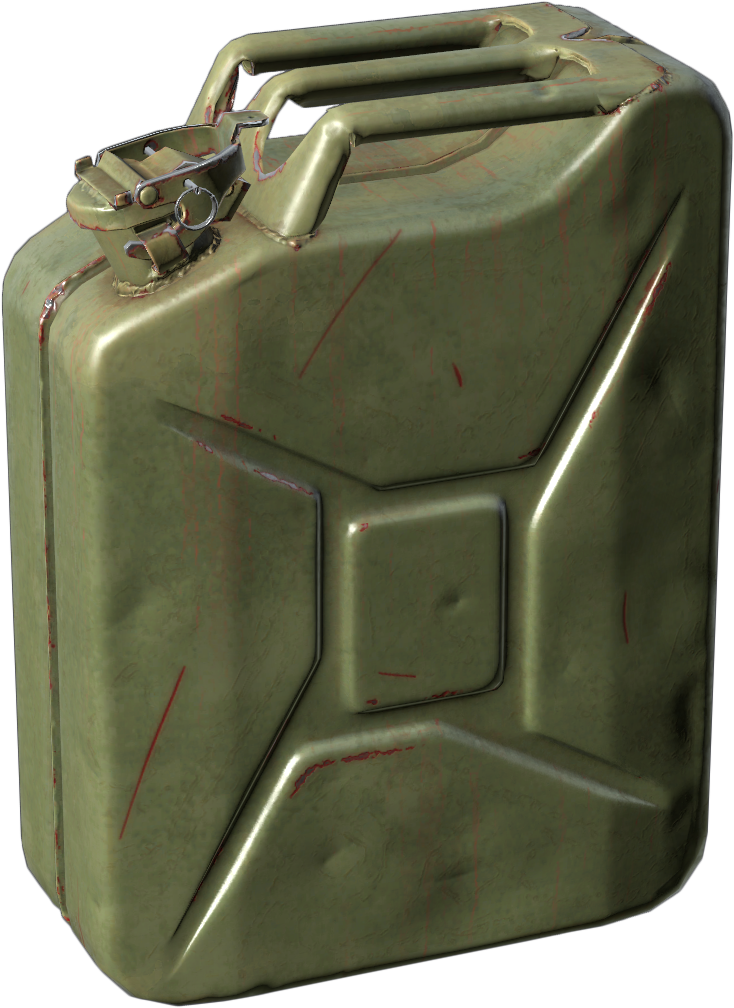 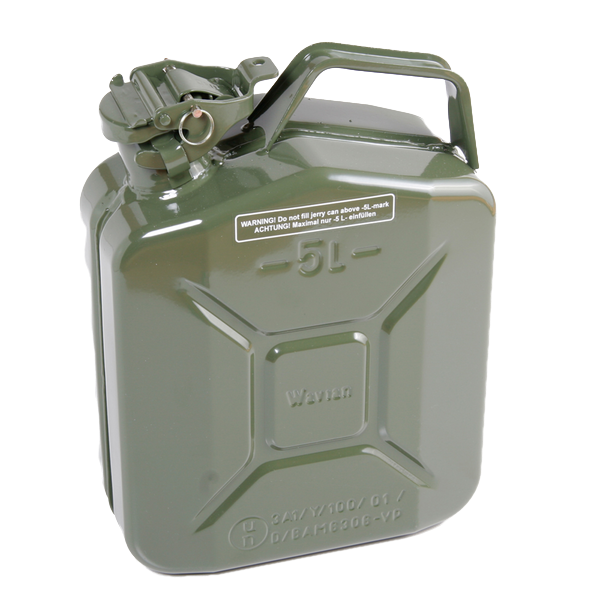