Download top and best high-quality free The Professor (Money Heist) PNG Transparent Images backgrounds available in various sizes. To view the full PNG size resolution click on any of the below image thumbnail.

The Professor (Sergio Marquina) is a fictional character from the Netflix TV series Money Heist, played by Álvaro Morte. He is the mastermind of heist that assembled the group and also the Berlin’s brother. The Professor is the leader of the gang and the one who carefully plans and organizes the assaults on the Royal Mint and Bank of Spain. He is sophisticated but nerdy. The idea of the first heist is to get revenge his father, whose idea it was originally. His grandfather fought against the fascists in Italy.

Elena Pita of El Mundo described the character as “enigmatic”.” Morte said that the hero was a “workaholic.” He linked The Professor to his role as Oscar in El Embarcadero, both of which “had to be demonized”. He said viewers feel close to the character because he evokes empathy and that “if the viewer doesn’t sympathize with the Professor or the Oscar, the show won’t work.”

At the beginning of development, the Professor was destined to become the narrator of the series. Writer Javier Gomez Santander likened the writing process to the Professor’s way of thinking: “going around, writing down options, consulting engineers whom you cannot tell why you ask them that” but noted that fiction allow police to be written more boring or more inappropriate when needed.

The Professor was designed as a charismatic but shy villain who could persuade robbers to follow him and make the public sympathize with the robbers’ resistance to powerful banks. However, the development of The Professor’s role proved to be difficult, as the protagonist did not follow standard conventions, and the producers were not sure about the degree of his brilliance. While the producers discovered his alter ego “Salva” early on, they first sought out the 50-year-old Harvard Professor type with the looks of Spanish actor Jose Coronado. The role was offered to Javier Gutierrez, who declined because he had already promised to star in film Campones.

The casting directors, meanwhile, championed for Álvaro Morte, whom they knew from his collaboration on the long-standing Spanish soap opera El secreto de Puente Viejo, although his television experience at the time was limited. After going through the full casting process and approaching the role through external analysis rather than personal experience, Morte describes The Professor as “a tremendous box of surprises” that “end up shaping this character because he never ceases to generate uncertainty” – making it not clear for the viewers whether the character is good or bad. The producers also compared his appearance to that of an elementary school teacher and believed that this gave the character more credibility. The Professor’s glasses were originally red and more prominent, but the manufacturers ended up opting for a more subdued option and a darker tone. Morte, who does not wear glasses in real life, developed a tic by throwing his glasses back during casting; it was written in the character. The Professor’s fascination with origami was proposed by Morte. 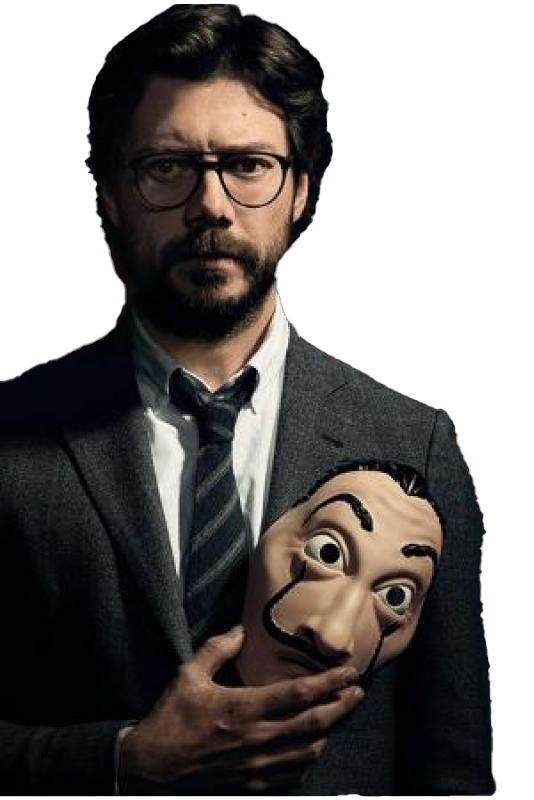 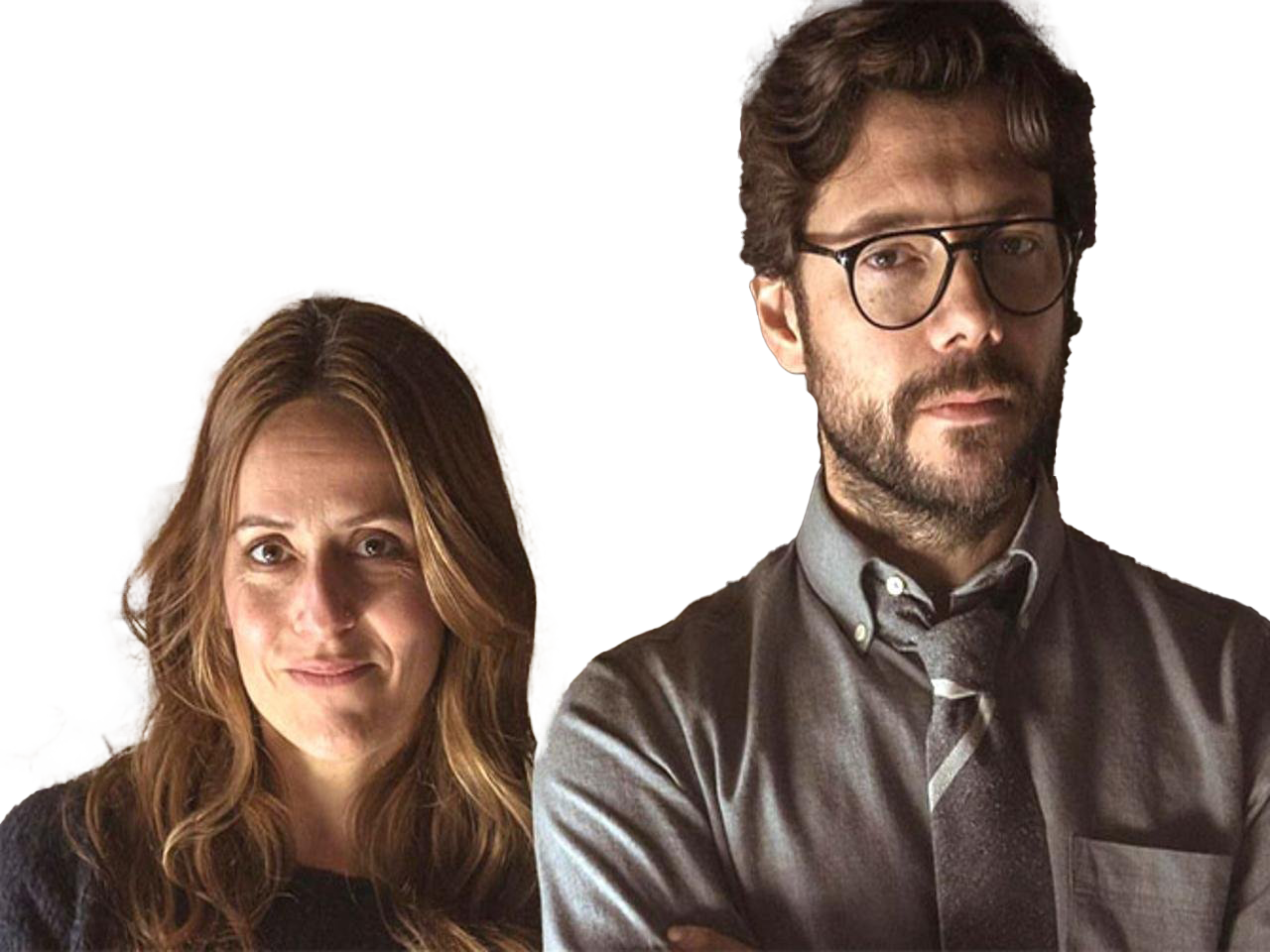 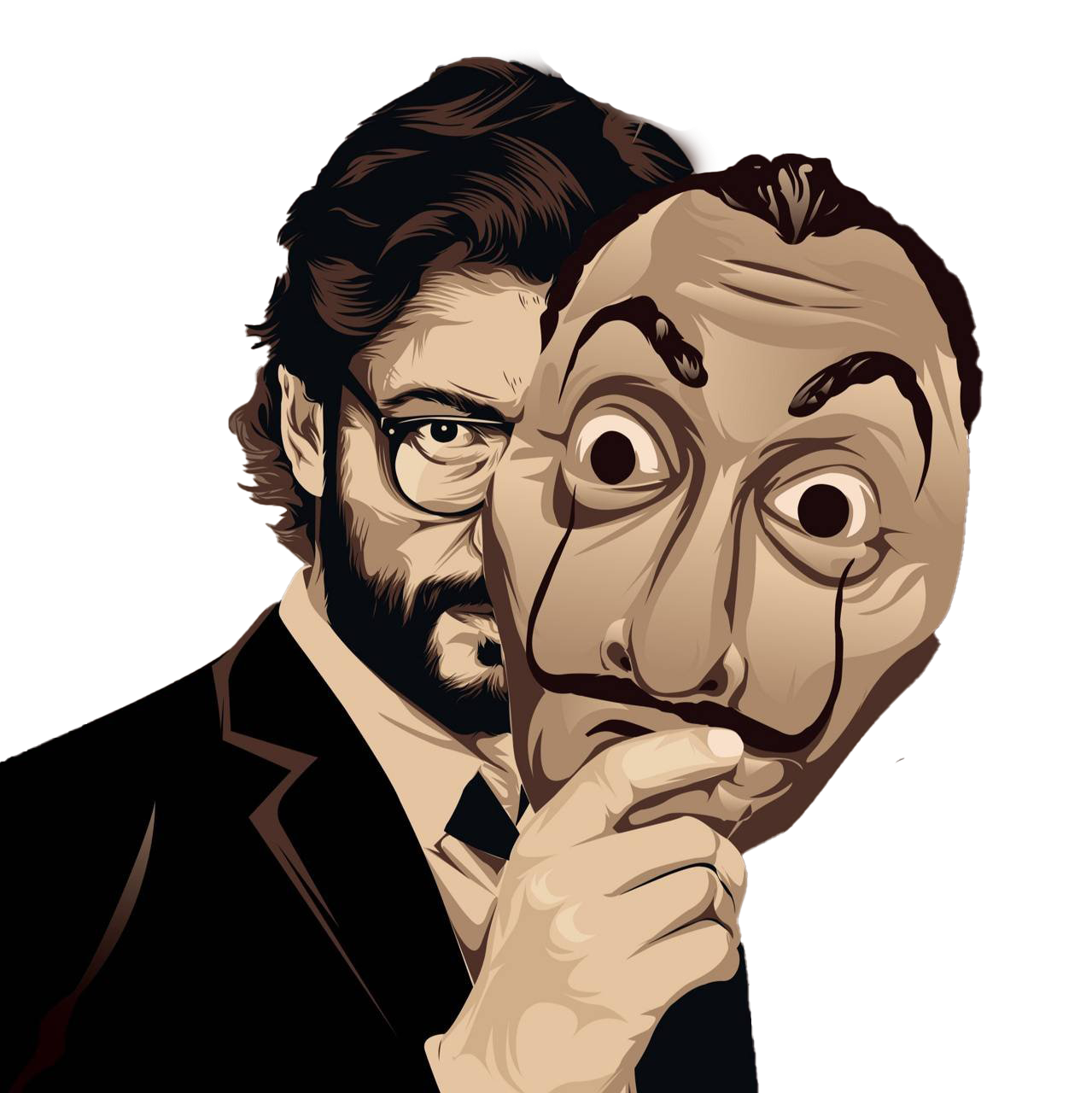 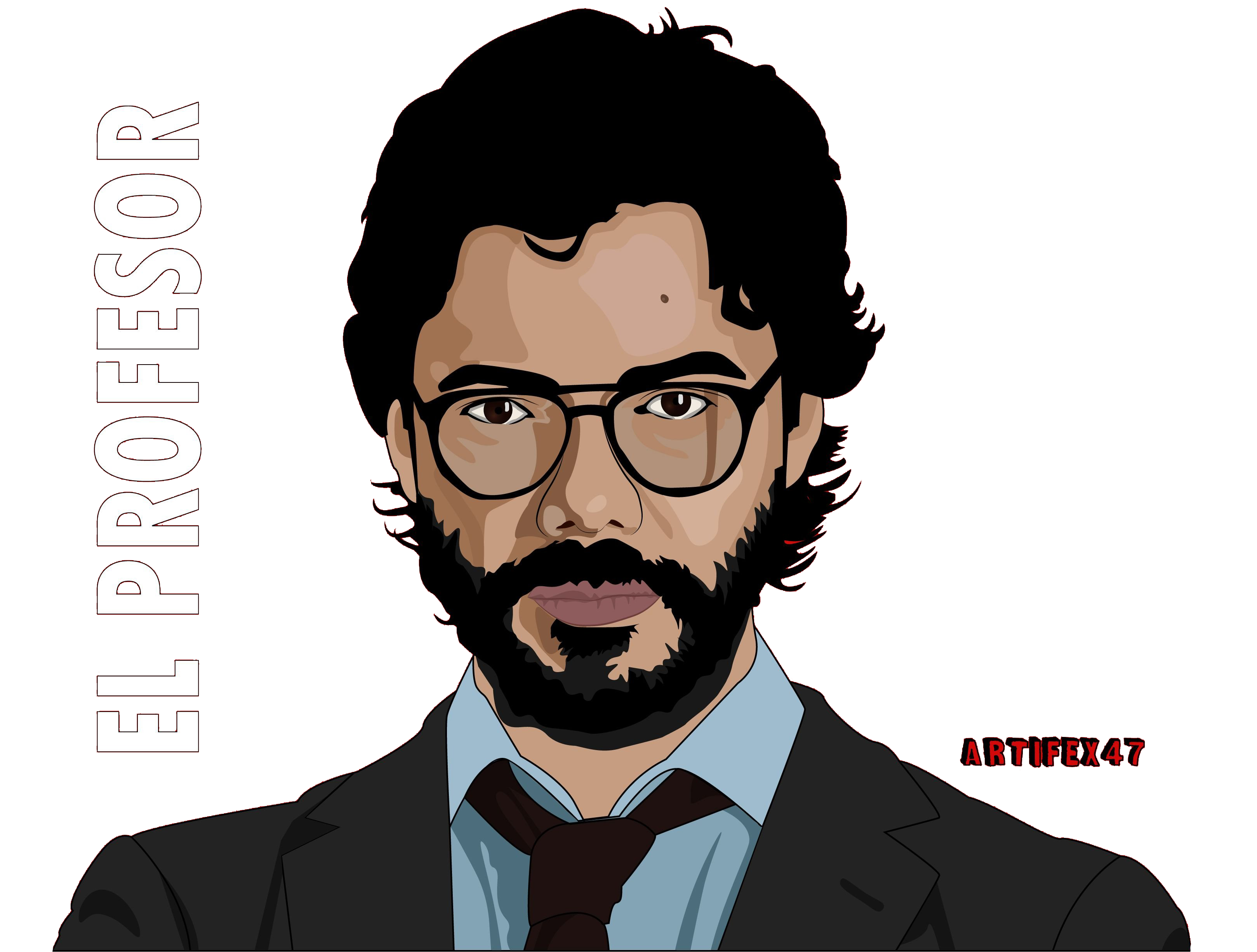 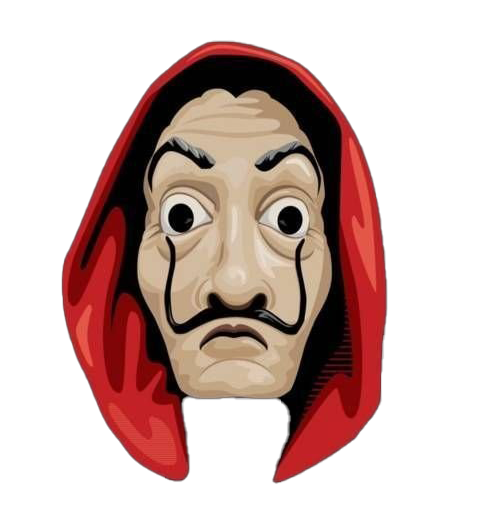 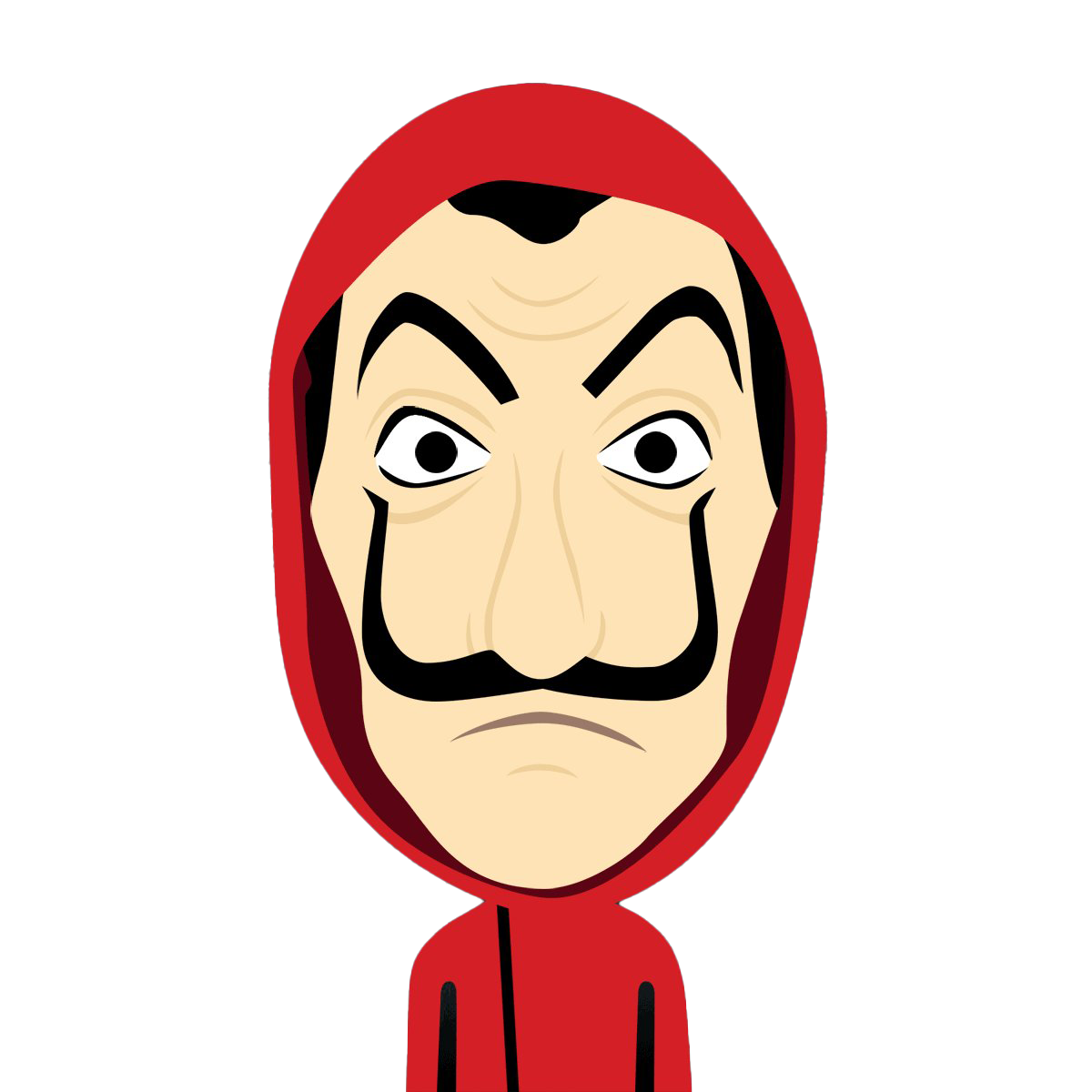