Download top and best high-quality free Yoshi PNG Transparent Images backgrounds available in various sizes. To view the full PNG size resolution click on any of the below image thumbnail.

Yoshi is a video game dinosaur that appears in Nintendo’s video games. Yoshi made his Super Nintendo Entertainment System debut as Mario and Luigi’s buddy in Super Mario World (1990). Yoshi later appeared in games such as Super Mario World 2: Yoshi’s Island, Yoshi’s Story, Yoshi’s Woolly World, and Yoshi’s Crafted World, as well as platform and puzzle games. Many Mario spin-off games, such as Mario Party and Mario Kart, and numerous Mario sports games and Nintendo’s crossover fighting game series Super Smash Bros. include Yoshi. Yoshi is a member of the same-named species, which is distinguished for its wide range of colors.

Yoshi has a unique set of skills that set him apart from other Mario characters. Yoshi’s prehensile tongue can stretch a great distance and be used to consume opponents, capture distant items, or function as a grappling hook to get access to locations that are normally out of reach. Yoshi may spit out an opponent or object as an attack, or ingest it to transform it into a unique spotted egg, which can then be tossed towards distant targets to gather or harm them; eggs can burst on impact or ricochet off surfaces depending on the game.

Yoshi’s Flutter Leap is another characteristic move, in which he swiftly flaps his arms and legs to delay his descent after a jump or even gain height in mid-air. Yoshi is also known for employing the Ground Pound, which entails landing on your bottom after a leap to break blocks or inflict damage on opponents.

Yoshi’s big nose, as shown in the Super Smash Bros. series, may be used to discover hidden treasures as well as flowers by scent. It can also be utilized as an offensive weapon. Yoshi can create an egg around himself, which he may utilize as a barrier against assaults or to move about by rolling or throwing. Finally, Yoshi’s special shots in athletic events usually create a rainbow trail behind the ball or include rainbows in some fashion.

Yoshi may be found in several hues. This is often an aesthetic distinction used to distinguish persons. The color of a Yoshi, on the other hand, can grant it extra offensive or mobility skills, such as flaming breath, wings, balloon-like inflating, or juice-spitting. This is a trait of Yoshi’s natural hue in certain games, while it is a transient state obtained by eating specific fruits or flowers in others. Yoshis of various colors occur often in multiplayer games as additional options, with statistics that may or may not differ from those of the normal green hue.

In games where the player may ride Yoshi, he serves as an additional hit point; taking damage leads the player to be knocked off Yoshi rather of suffering any other negative consequences. Yoshi begins to run about aimlessly until he is remounted or falls off the screen. Yoshi is otherwise invincible; he can walk over spikes with ease, deals greater damage to opponents when jumped on, and can absorb as many blows as he wants without suffering any consequences.

When combined with his other special talents, he is extremely powerful on levels intended for Mario’s abilities, but a level designed for Yoshi may be too difficult for Mario alone. As a result, Yoshi’s appearance is restricted to specific levels; for example, in Super Mario World, he is prohibited from entering spooky or castle levels (explained in-universe by being scared of such areas). Bongos or other thematically suitable percussion instruments are added to the level’s background music when riding Yoshi.

Yoshi’s voice was record-scratching noises for positive interactions and whistling noises for negative interactions during the SNES and early N64 periods. Yoshi’s Story gives him a new voice, composed of high-pitched babyish squeals and comprehensible phrases like “Yoshi” and “Nintendo,” given by the composer Kazumi Totaka. This new voice can be found in Super Smash Bros., Mario Tennis, and every game since Super Smash Bros. Melee. When Yoshi is installed, he keeps the traditional record scratch sound. 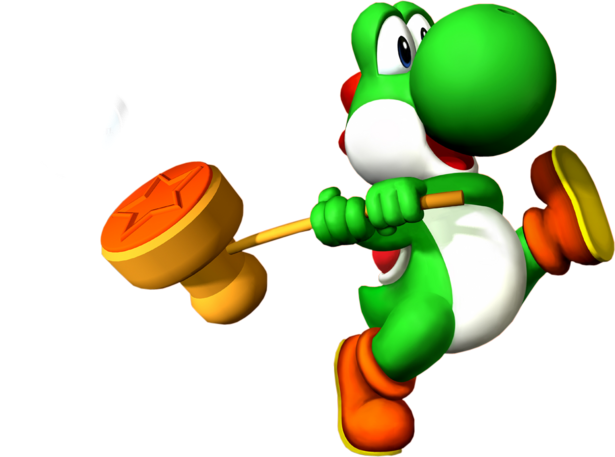 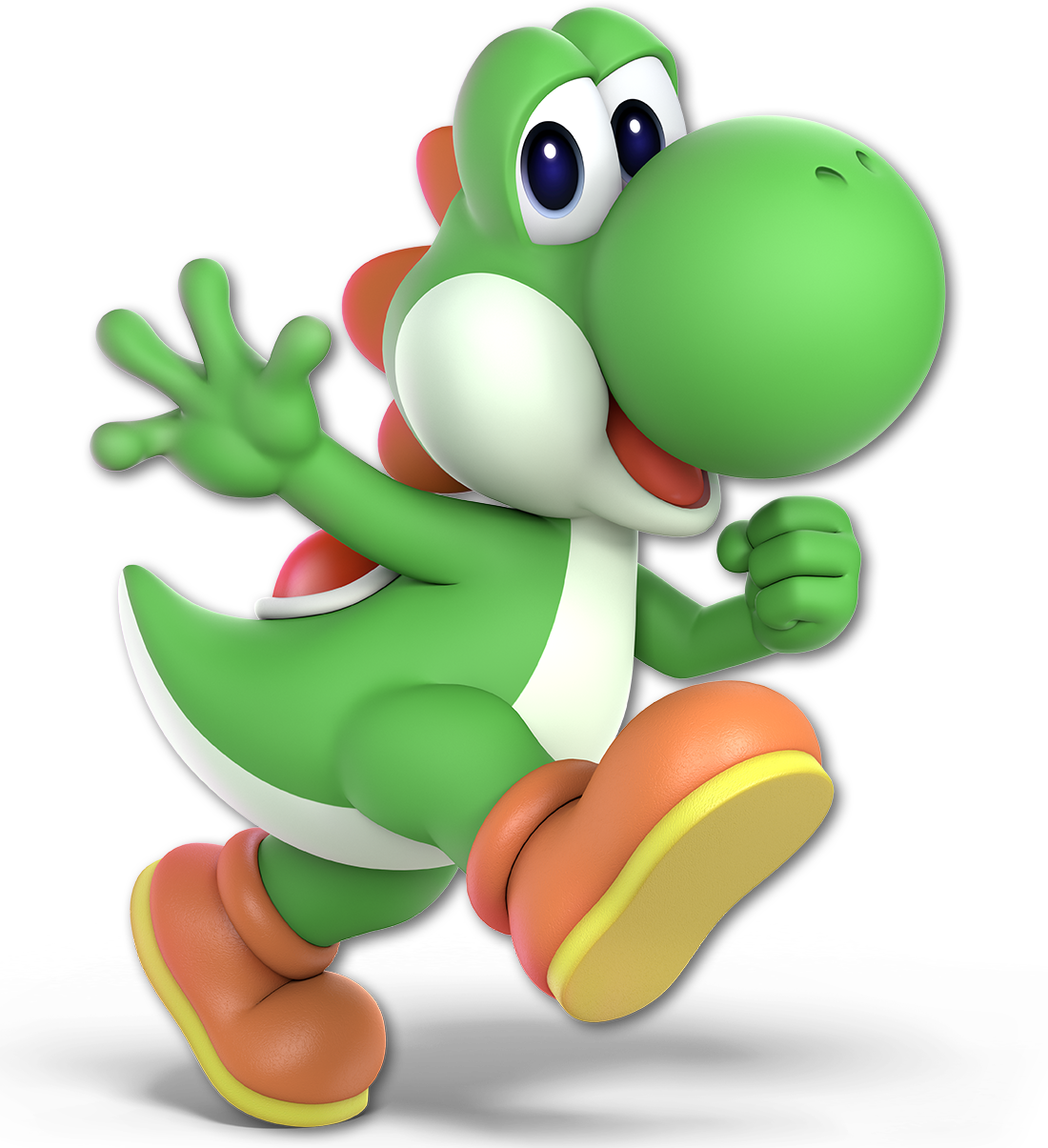 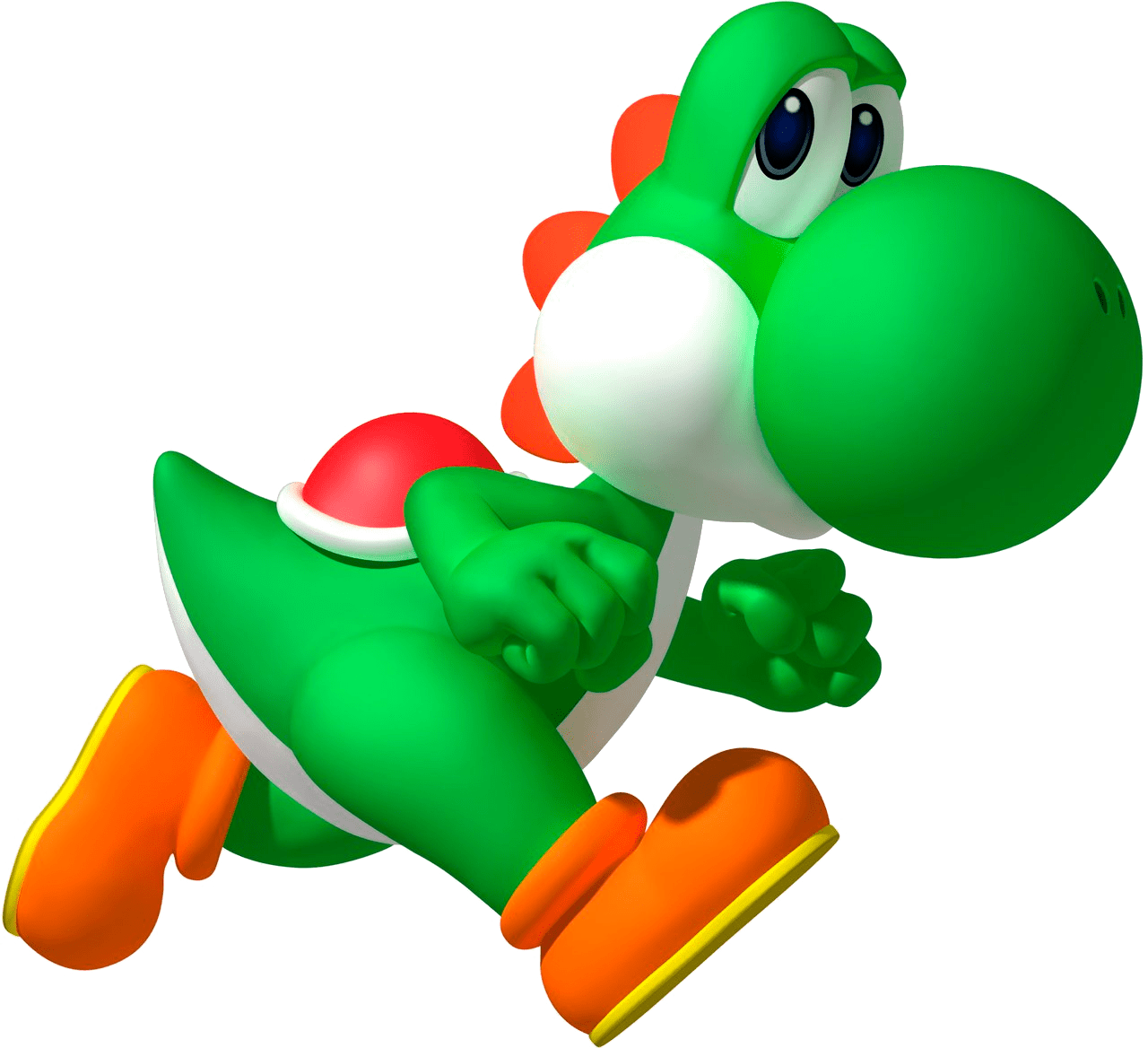 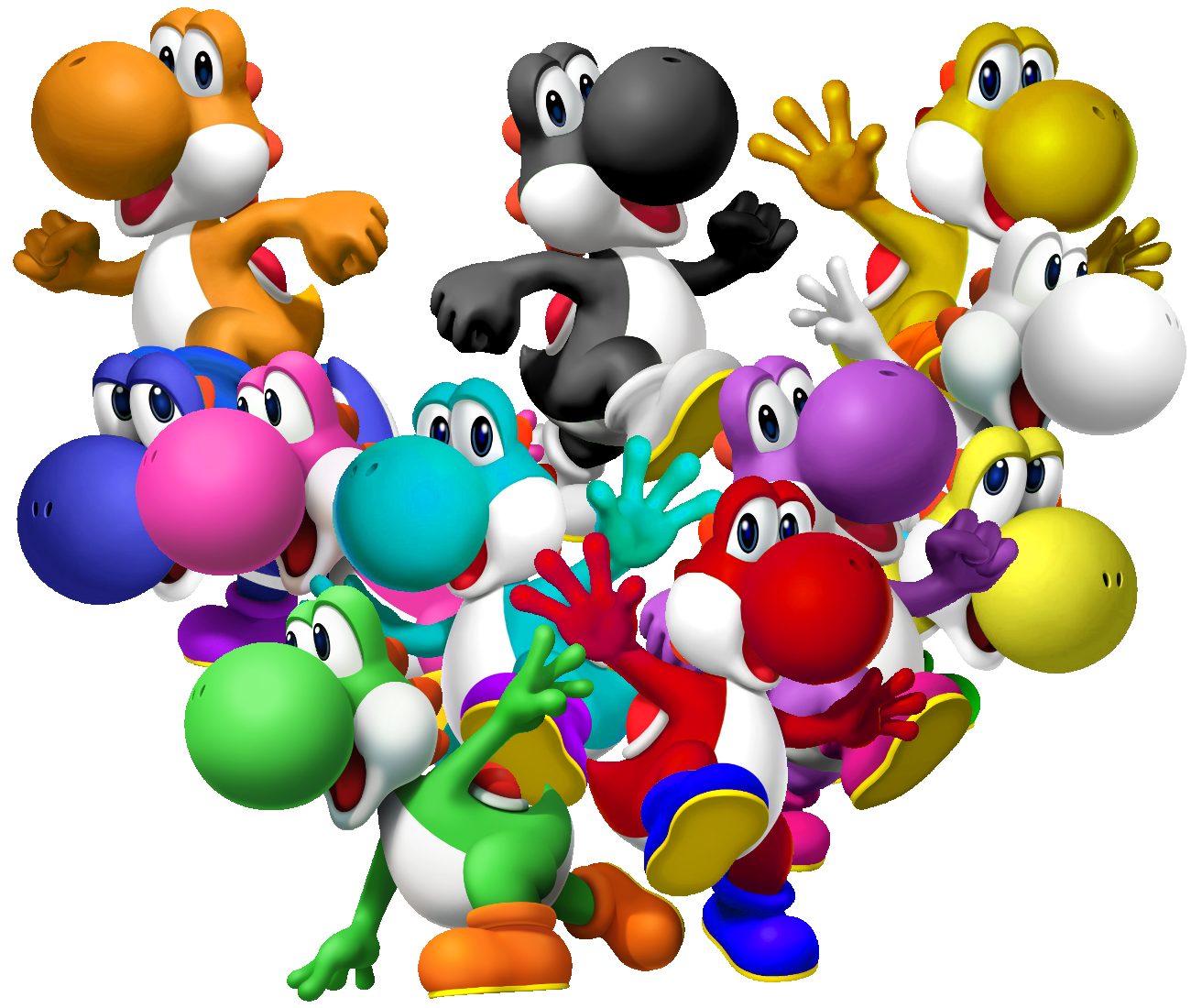 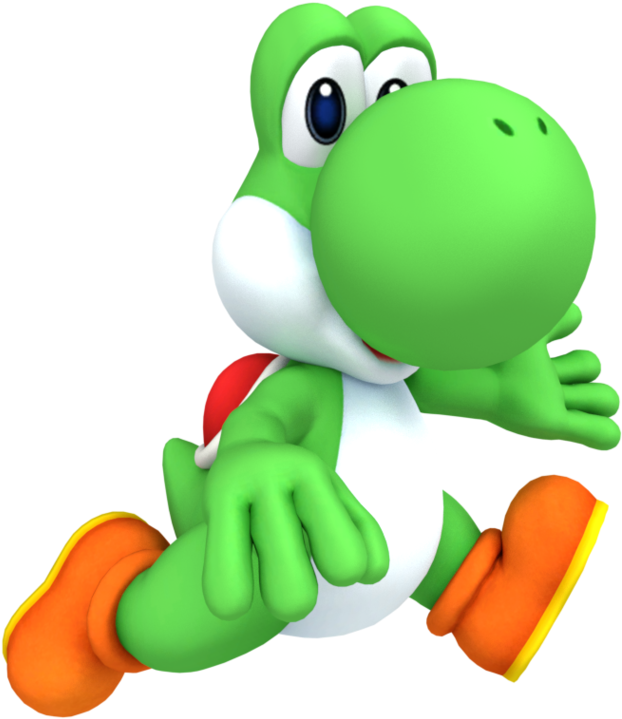 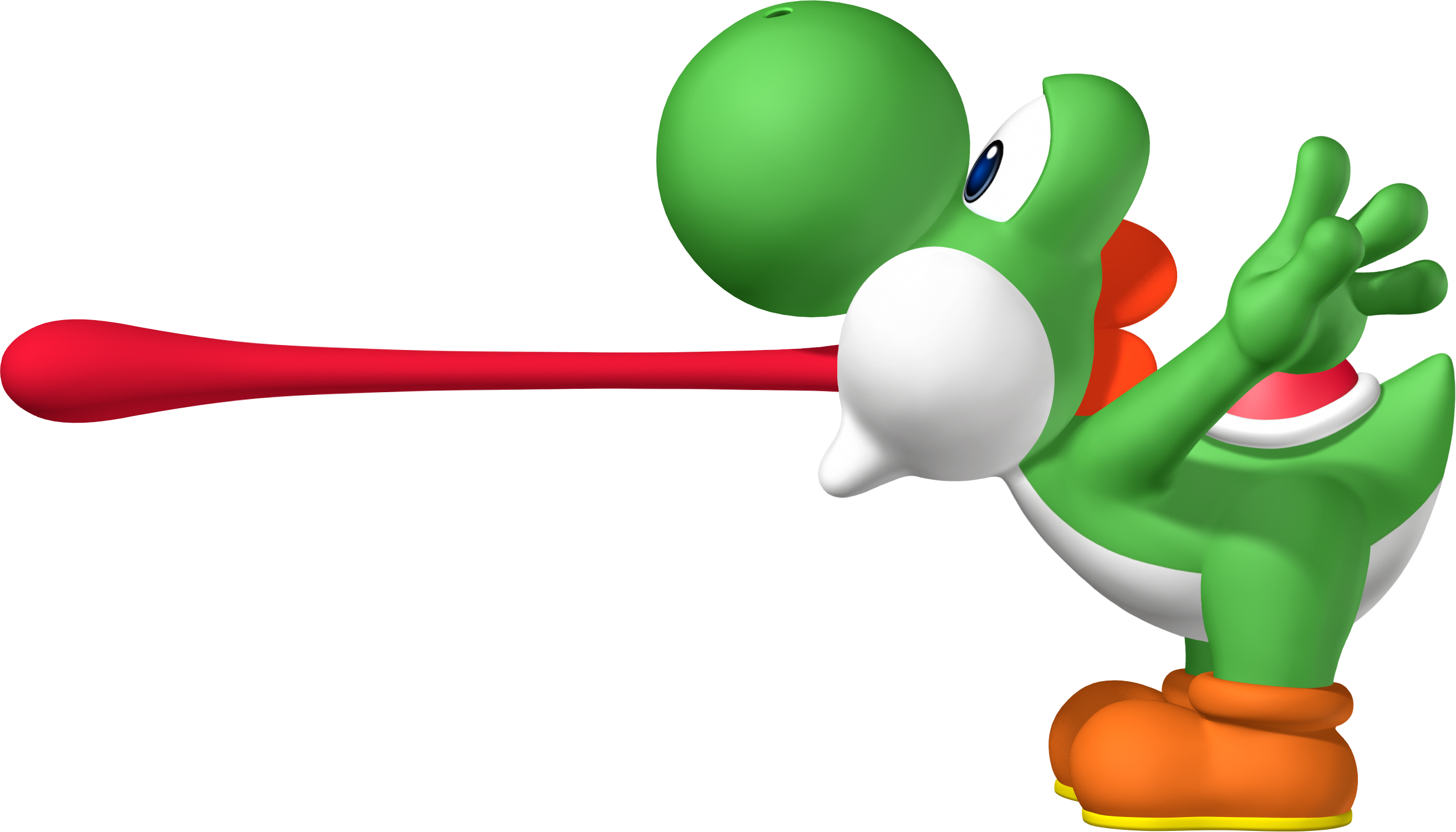 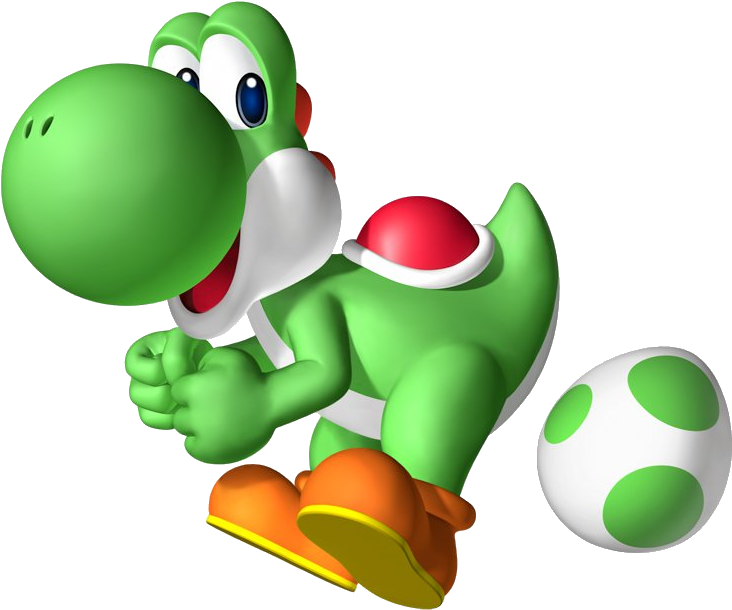 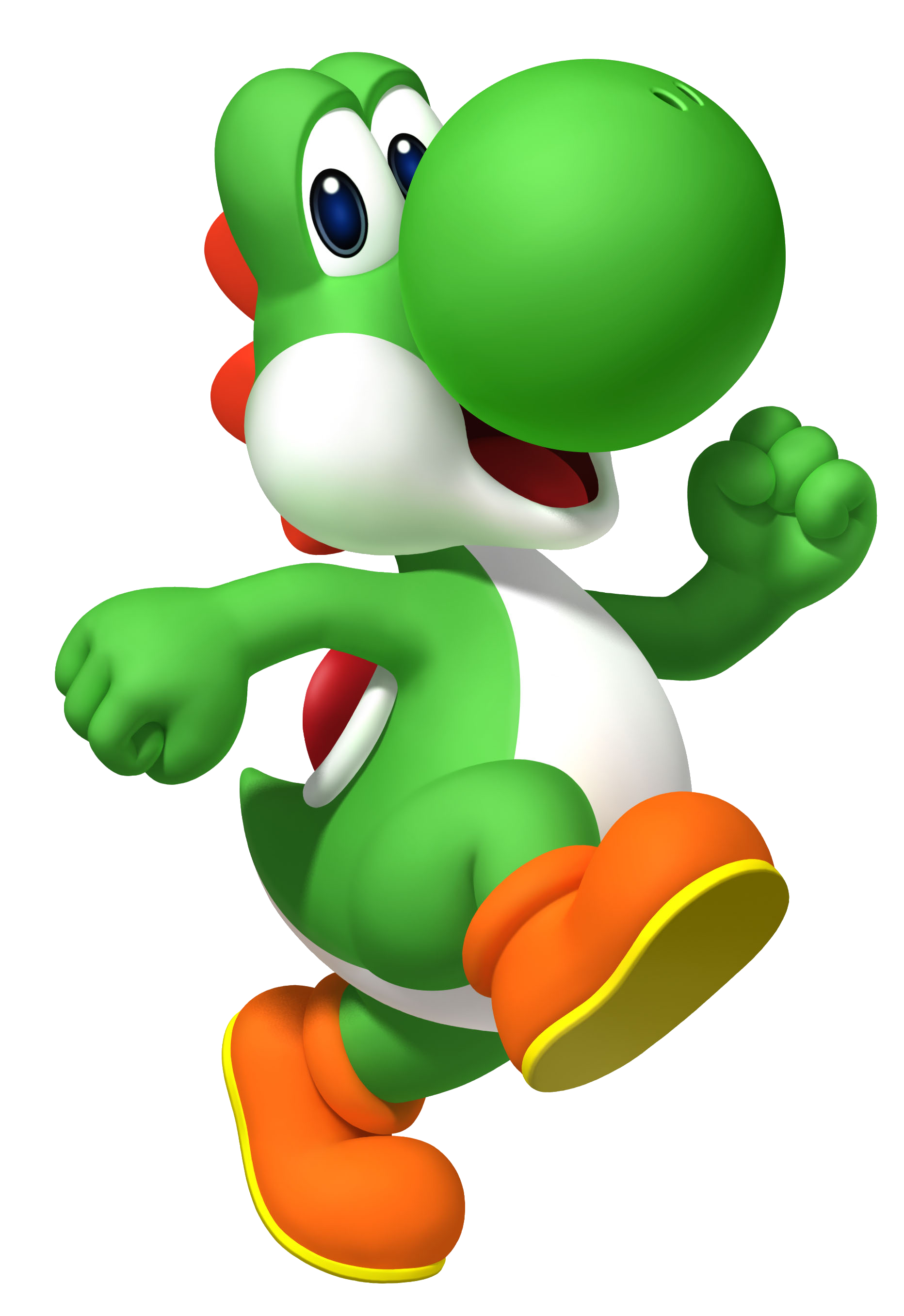 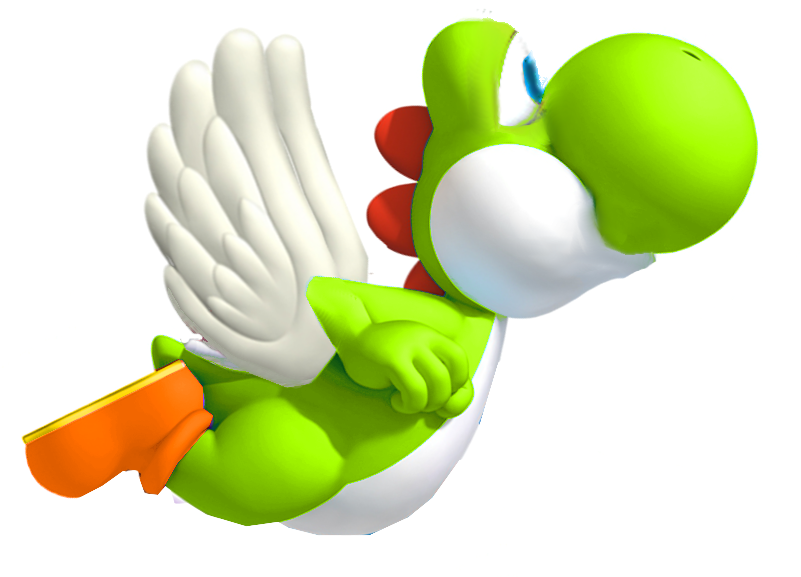 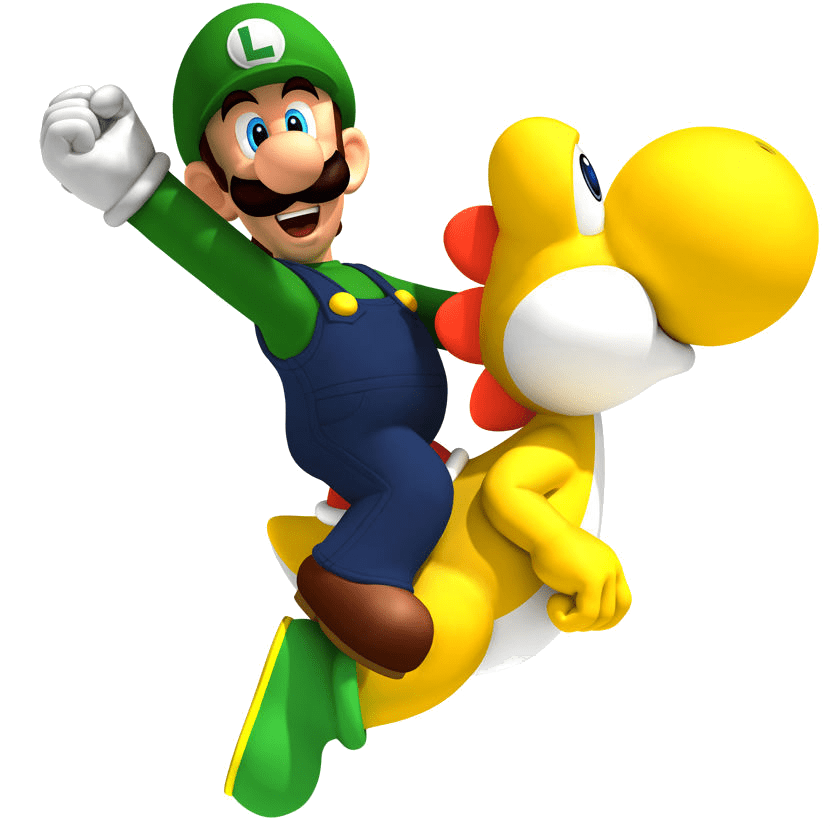 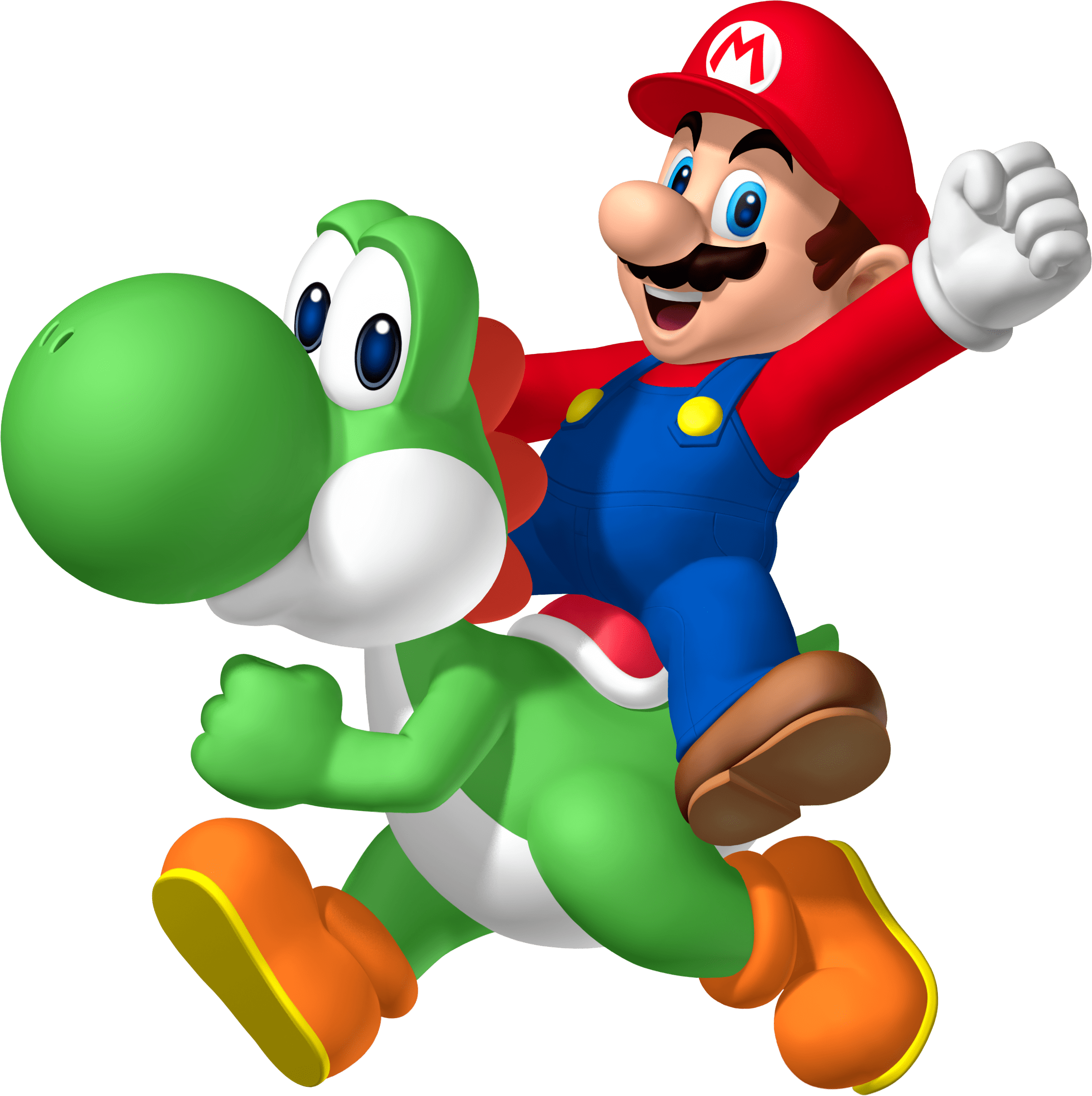 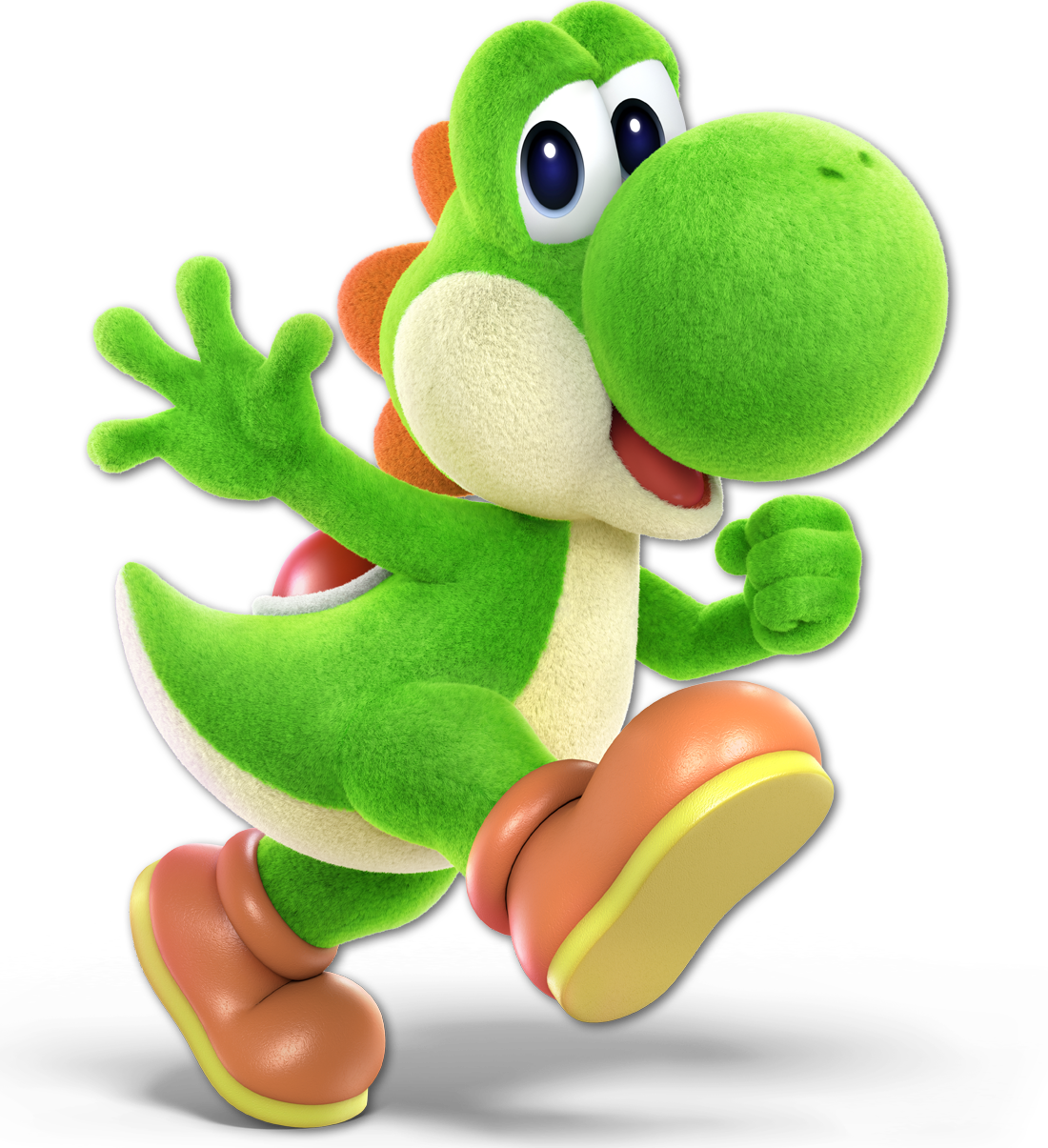 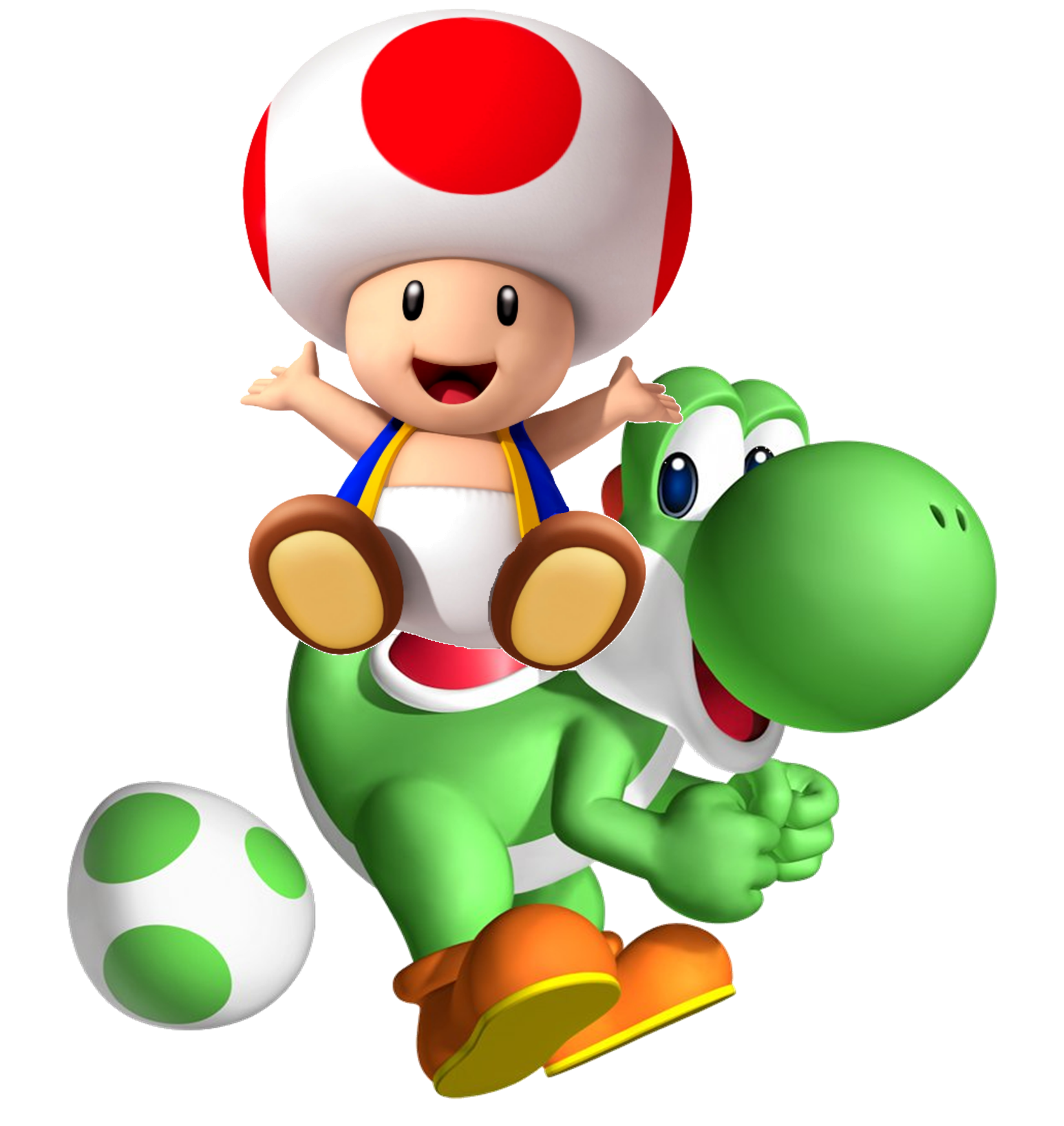 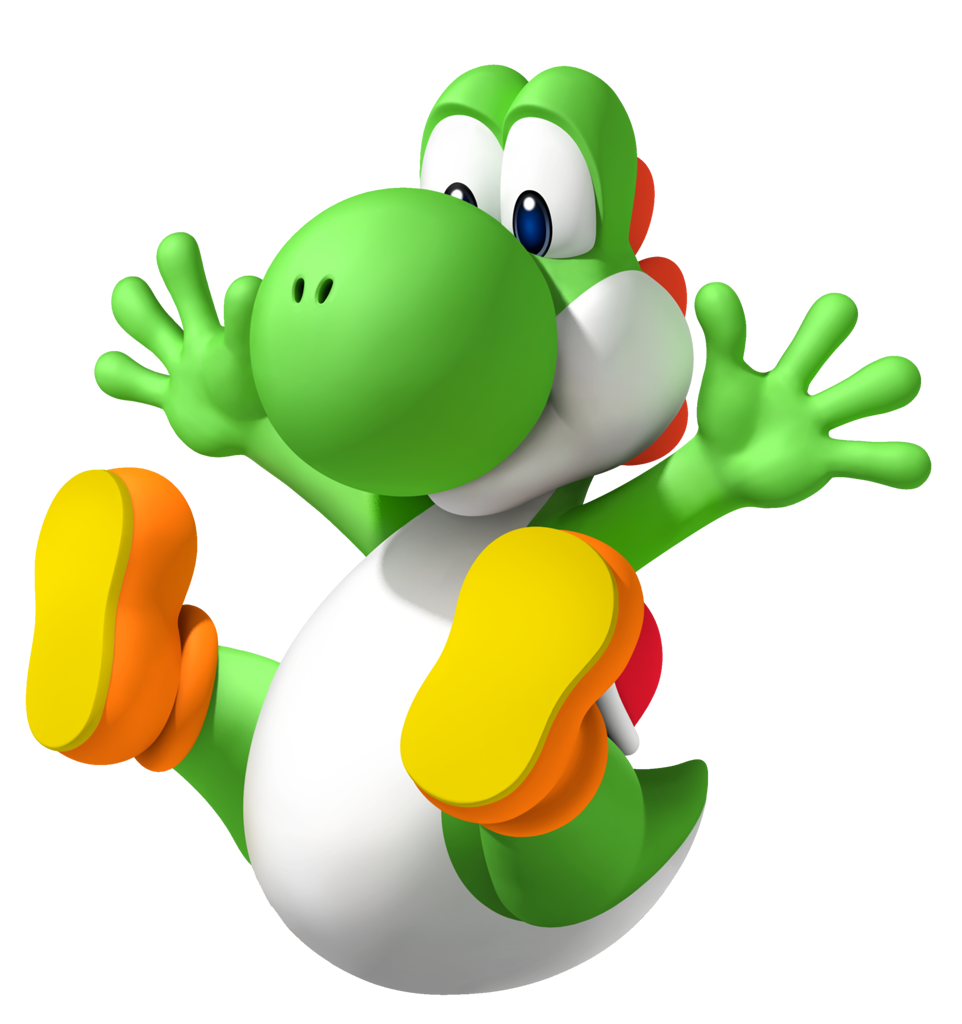 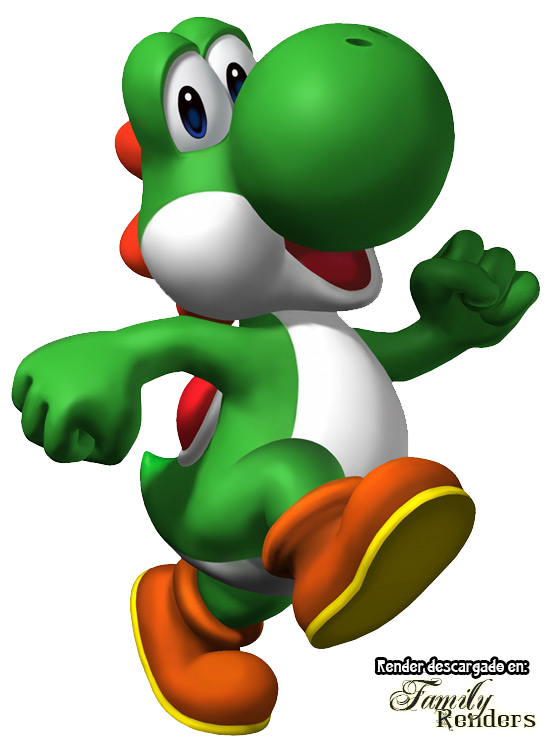 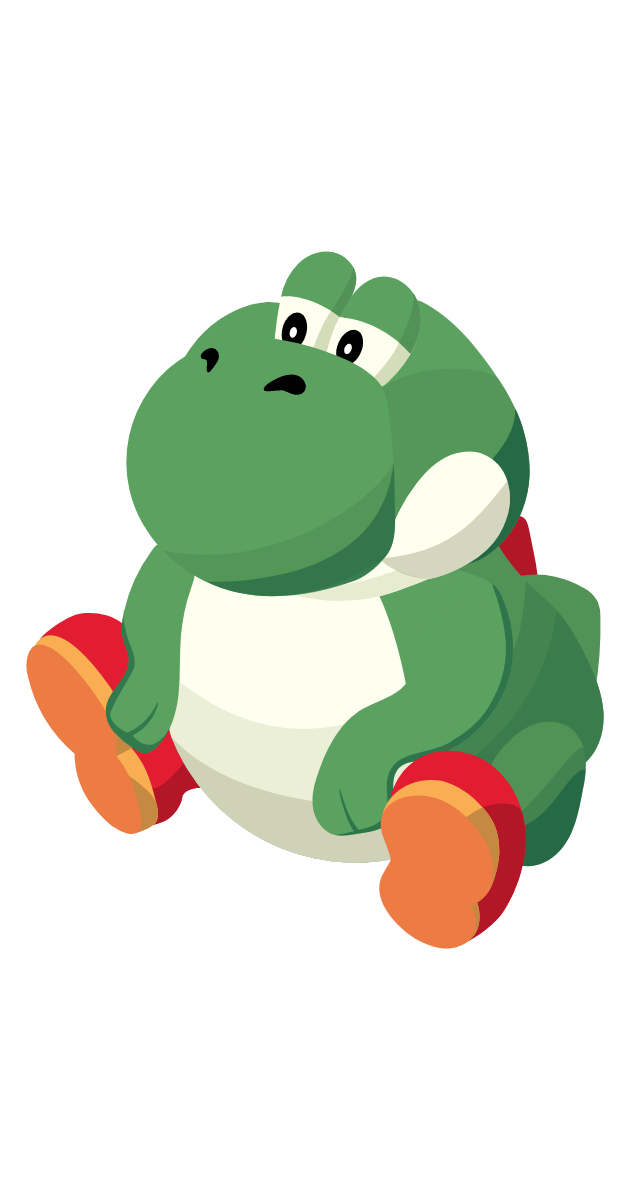 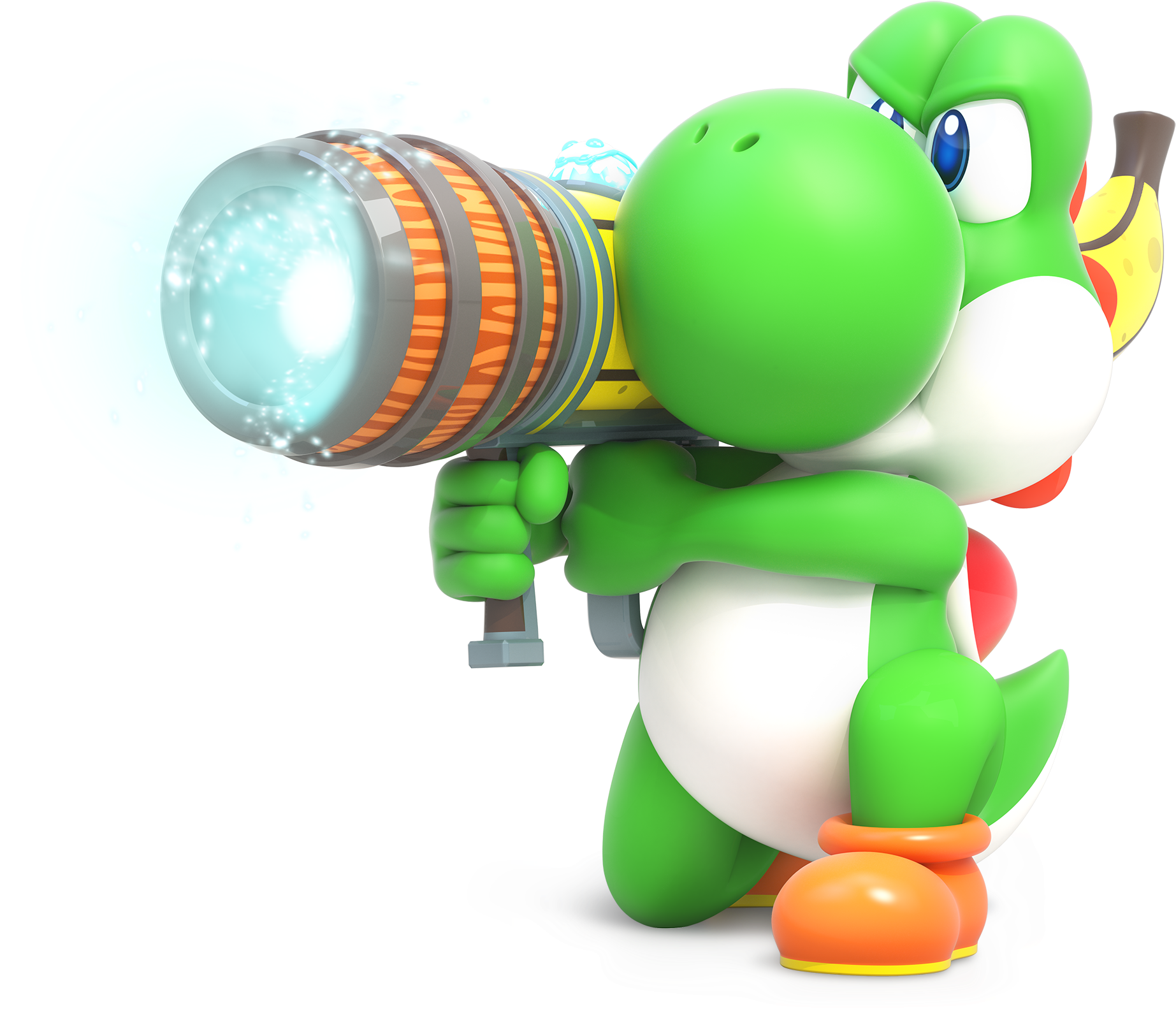 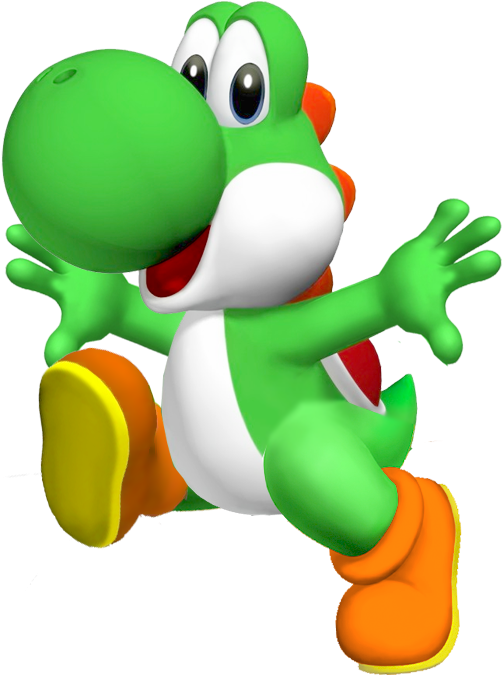 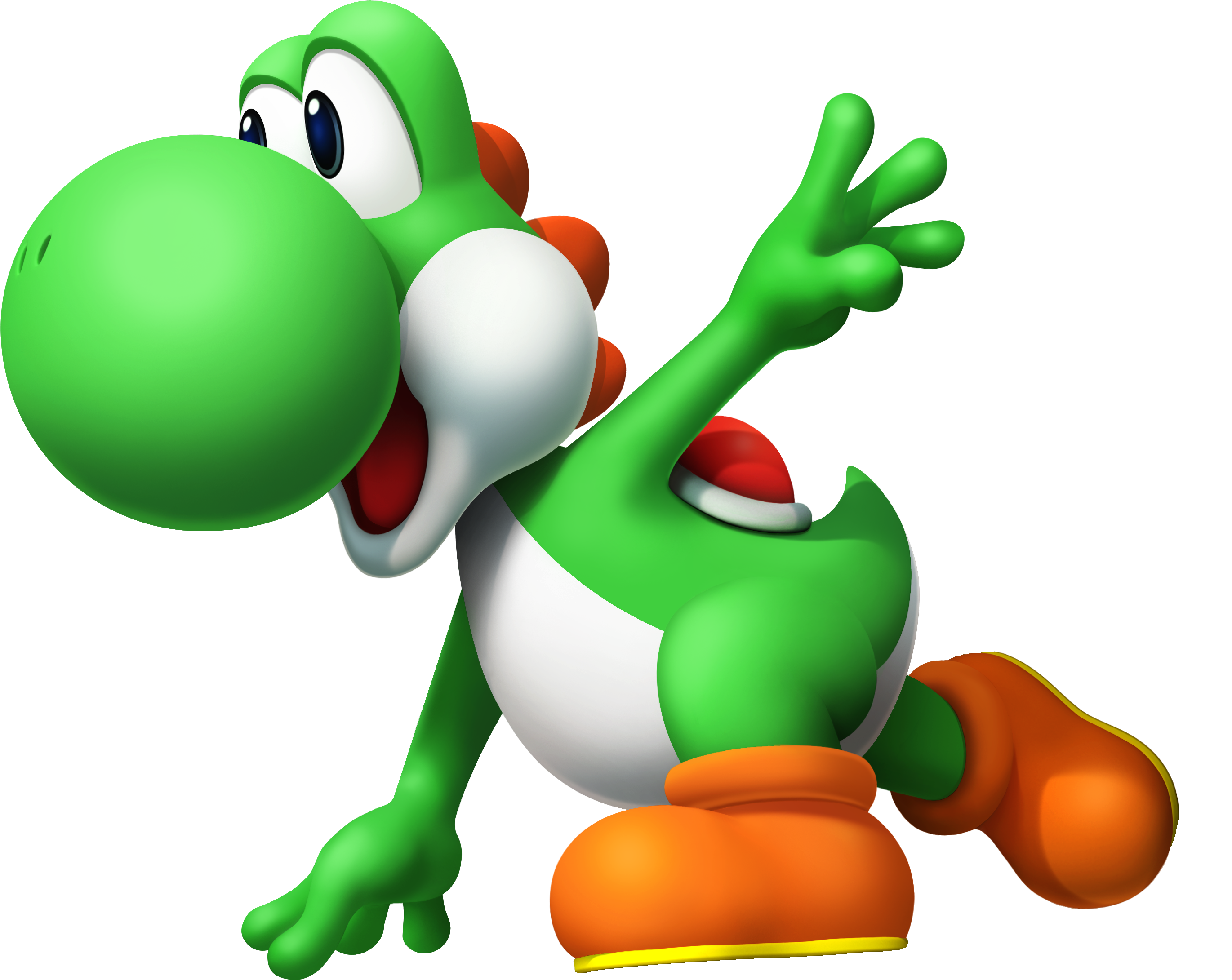 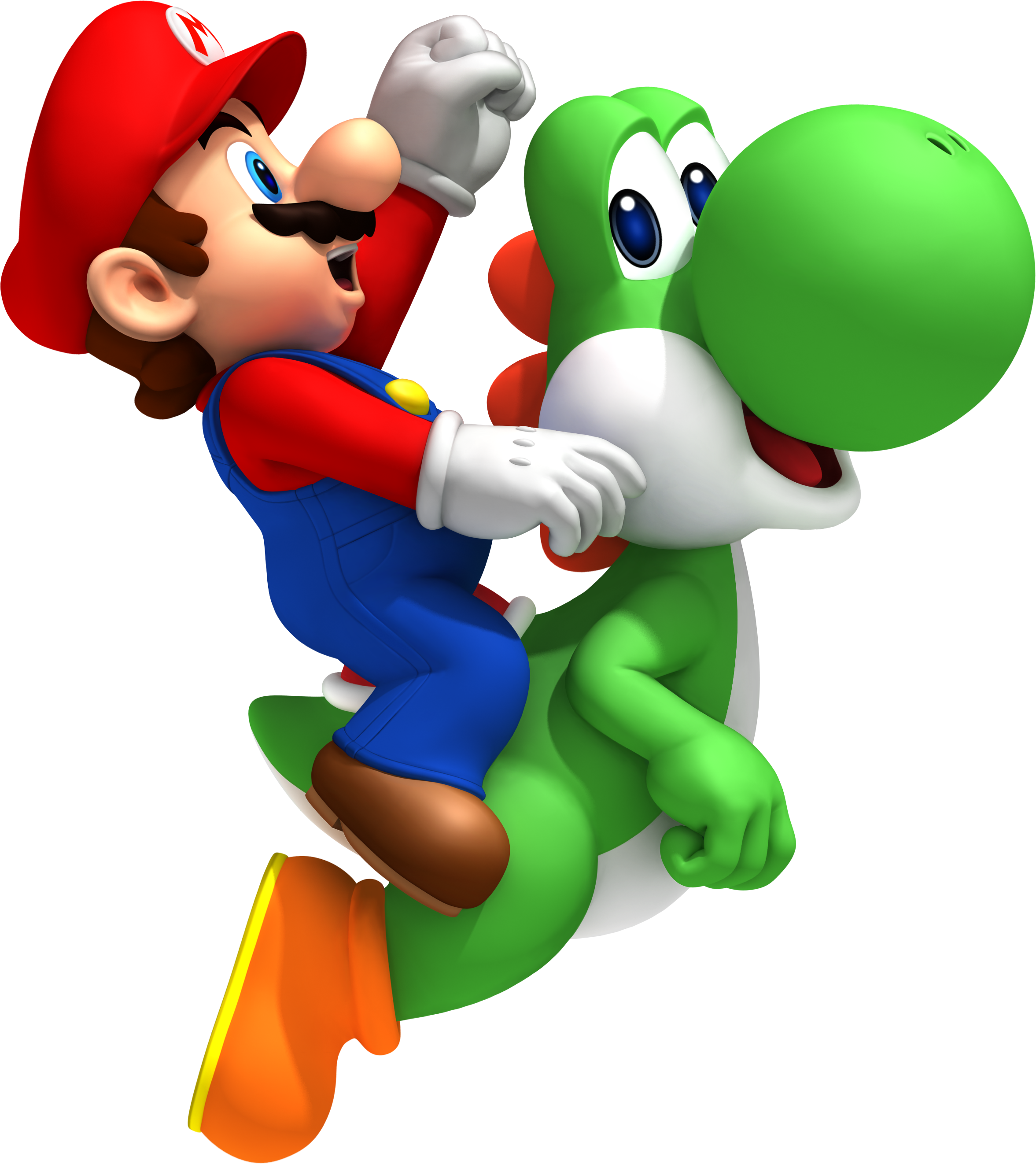 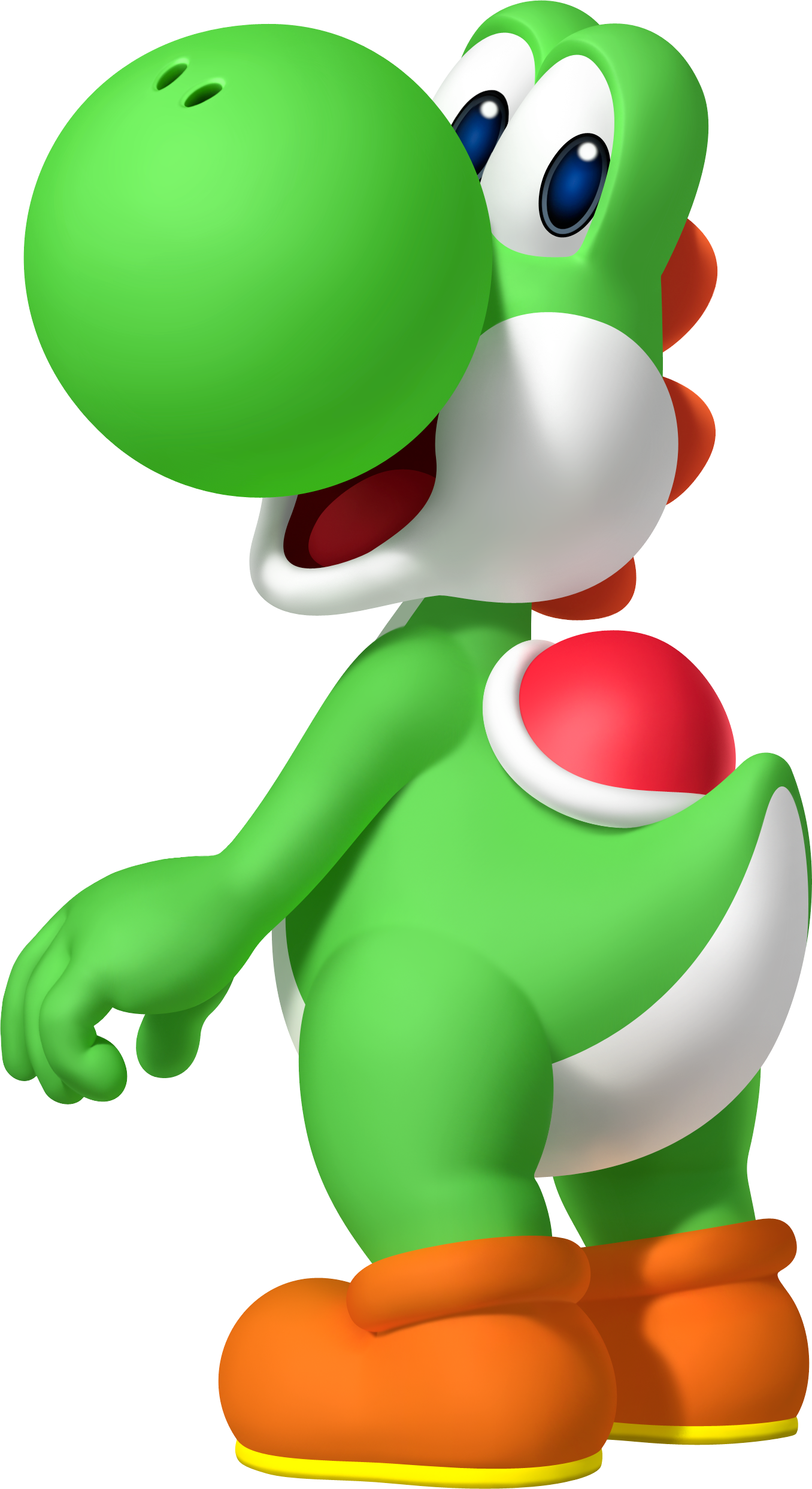 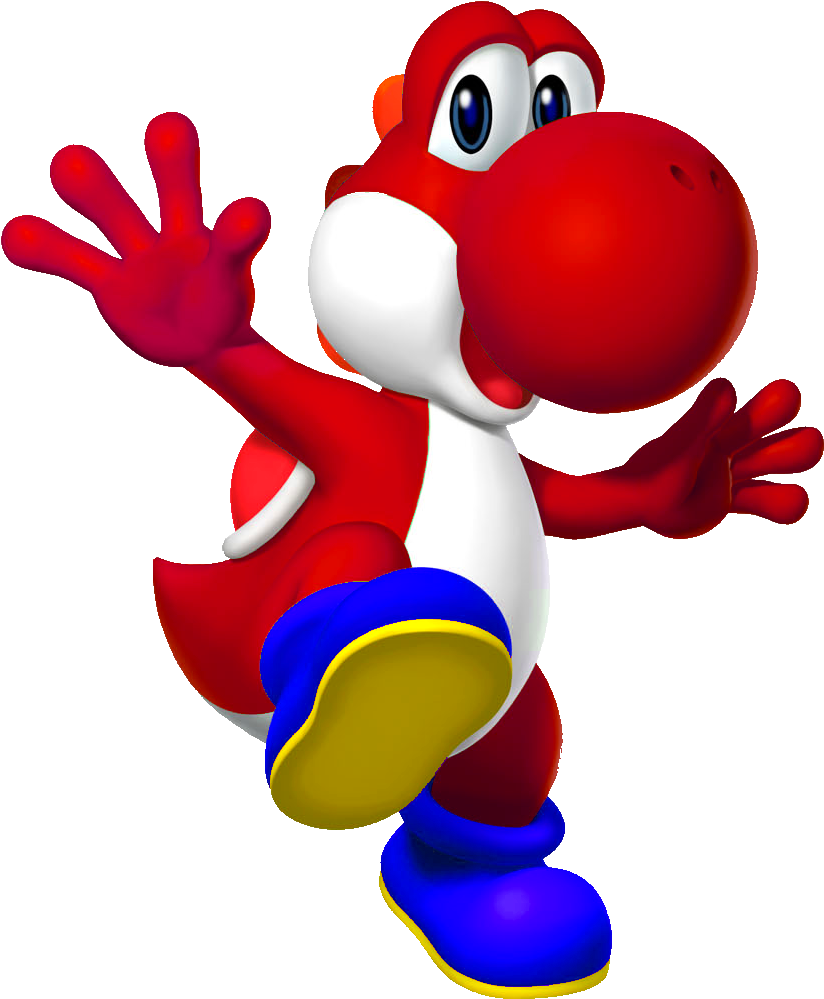